Whitey Hagadorn is Curator of Geology at the Denver Museum of Nature and Science. Pictured here, doing fieldwork in the Grand Canyon, Whitey is interested in various aspects of Neoproterozoic-Cambrian paleontology, and in noninvasive 3D visualization of matrix-encased fossils. When not sitting at a keyboard or riding his bike, he can be found gardening, playing hackey-sack, praying for short winters, and tending his family. Mostly tending his family. 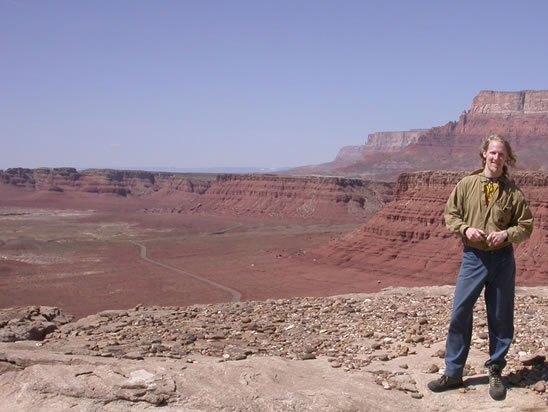