Franco Medioli is Professor Emeritus at Dalhouse University in Halifax Nova Scotia. He received his B.Sc. from Collegio Maria Luigia (1953) and Ph.D. from the Universita di Parma (1959). He started his career at Dalhousie University in 1966 progressing through the ranks until his retirement in 1996. He continues to supervise graduate students and maintains an active research role with his current research involving the taxonomy and distribution of freshwater microfossils and deep-sea larger foraminifera. He is also involved with the documentation of Late Paleozoic and Mesozoic marginal marine foraminifera (worldwide investigations). 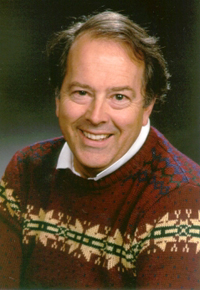 Dr. Dave Scott is a Professor of Geology at the Centre for Marine Geology at Dalhousie University in Halifax, Nova Scotia and an Adjunct Professor of Geology at the Univesity of South Carolina (Coastal Carolina. He received a B.Sc (1971) in Oceanography (Biology) and B.Sc. in Geology from the University of Washington. He has a M.Sc. (1973) in Geology from Western Washington University in Bellingham. He received his Ph.D. in Geology from Dalhousie University in 1977. He is presently North American Correspondent for the INQUA Subcommittee on ShorelinesHe; was Project Leader for IGCP/UNESCO Project 367 (1994-1998; Rapid Changes Recorded in Coastal Environments); Canadian Correspondent & Member of Expert Panel advising Executive Board for IGCP Project 274 (1988-1993; Quaternary Coastal Evolution), and Canadian Correspondent for IGCP Project 200 (1983-1987; Global Sea Levels). He is an Associate Editor of the Journal of Foraminiferal Research. He has publihsed more than 100 refereed research papers, 6 books and given more than 90 conference presentations since 1974.

His current research emphasizes deep-sea paleo-oceanography in the Arctic, Atlantic and Indian Oceans as well as on microfossils for use in environmental geology of coastal areas, focusing on coastal evolution, sea level and aquaculture.

Eric Collins is presently a Postdoctoral Researcher at Dalhouse University in Halifax Nova Scotia, where he also received his B.Sc. and Ph.D. He received a M.Sc. at Old Dominion University. He has published 19 research publications and presented 25 papers at conferences. His research interests include thecamoebian and benthic foraminifera ecology and paleocology; thecamoebian assemblage distributions related to climate; Holocene sea-level change and Storm events identified using microfossils. He is currently studying hurricane frequency in South Carolina using benthic foraminifera as indicators; and Holocene distribution of benthic foraminifera in the high arctic (from various size fractions) - paleoclimate implicatons. 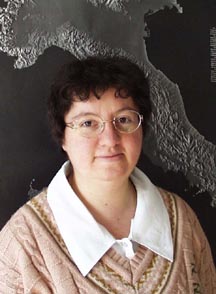 Alessandra Asioli received her Masters Degree equivalent in Geology from the Institute of Geology and Paleontology of Bologna, Italy and her PhD in Earth Sciences in 1993 from the Institute of Geology and Paleontology of University of Parma, Italy. Supported by three INRC and NATO fellowships she studied thecamoebians, marsh foraminifera, and benthic foraminifera as pollution indicators at Dalhousie University (1994, 1997, 1998). She has also been a participant (INRC fellowship) in several European projects in the central Mediterranean areas (European Union project Palaeoenvironmental Analysis of Italian Crater Lakes Sediments and European Science Foundation project: The European paleoclimate and man since the last deglaciation) .

Her research interests include planktic and benthic foraminifera (Mediterranean, extra-Mediterranean areas and Antarctica), Late Quaternary thecamoebians, and paleoenvironmental constraints and paleoceanography of Recent and living foraminifera.

Eduard G. Reinhardt studied micropaleontology (foraminifera and thecamoebians) at Carleton University, Ottawa, Ontario, Canada, where he received his B.A.in 1993 and his PhD in 1996. Interested mainly in the integration of geochemical and paleontological information for the study of coastal systems, he used a two-year post-doctoral stay at Dalhousie University, Halifax Nova Scotia, Canada to study subtle salinity changes in a modern Nile delta lagoon. His research interests also include the application of micropaleontological and sedimentological techniques for solving geoarchaeological problems. He is presently working on projects in Israel, Greece and Oman and teaching at McMaster University where he is an Assistant Professor in the School of Geography and Geology.