Figure 1. Right valves of A) Chione erosa from the lower Pincecrest Beds (Lower Pliocene), and B) C. cancellata from the Recent of Florida. Note the naticid drill hole in A. Scale = A) 5mm, and B) 10mm. Specimens are from the author's collection.

Figure 2. Close-up of the naticid drill hole shown in Figure 1. Diameter of the drill hole (white line) is 4.17mm. 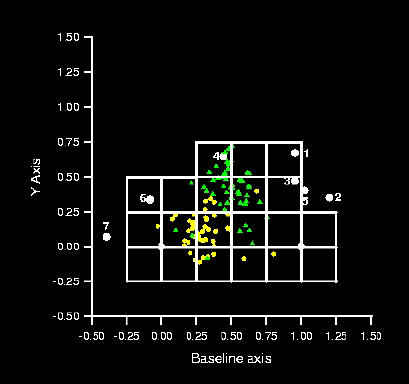 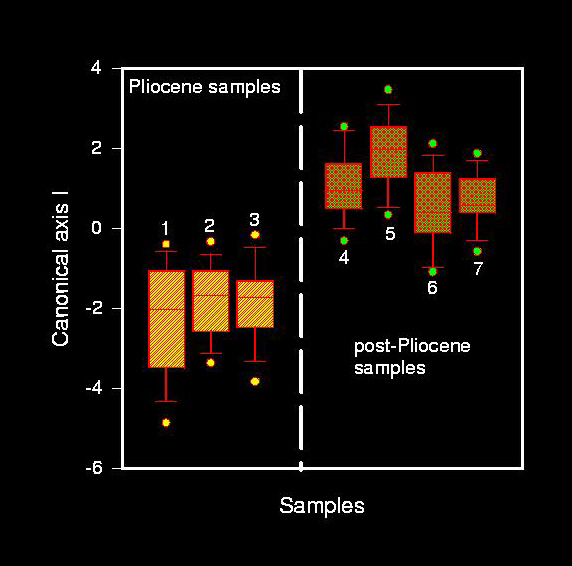 Figure 8. Distribution of drill holes on valve surfaces during each geological formation. The xy plane represents the grid illustrated in Figure 5. z axis represents the frequency of drilling per quadrat. 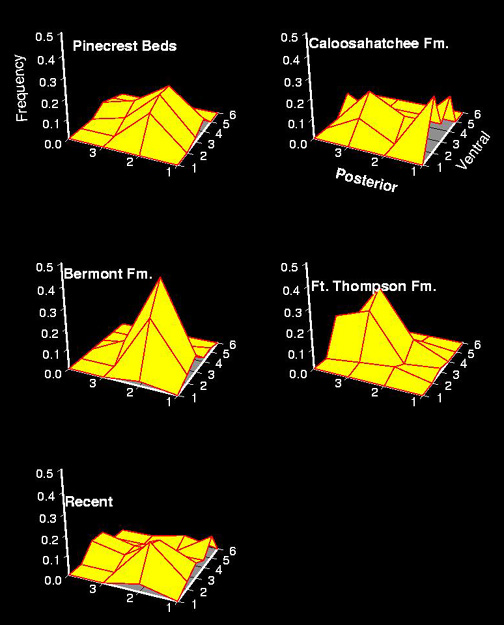 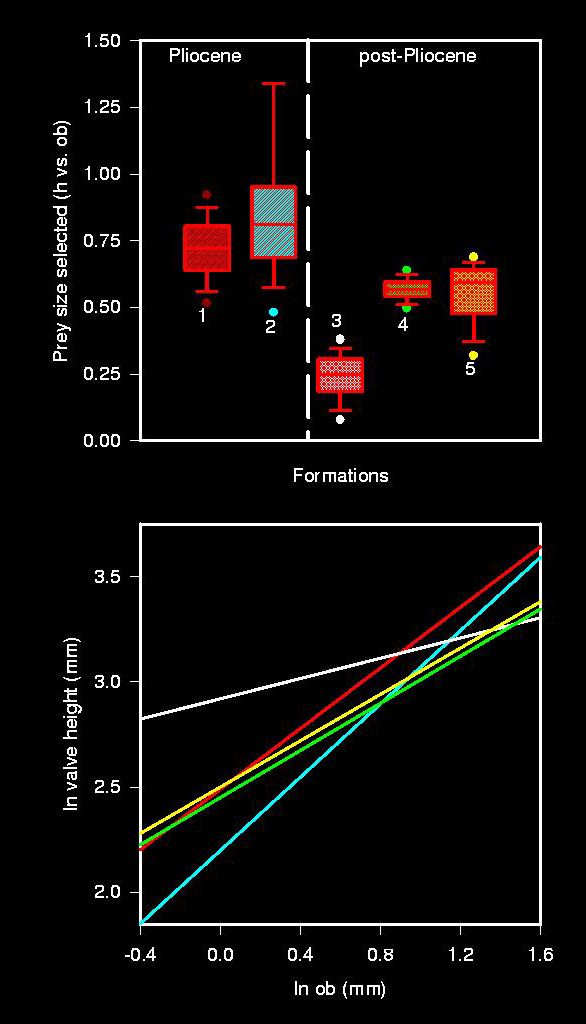 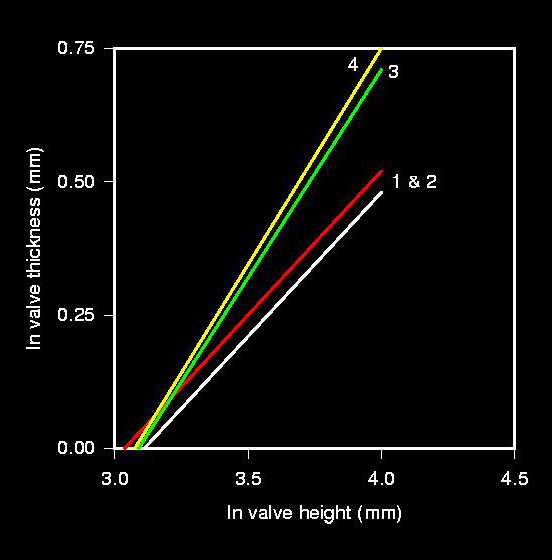