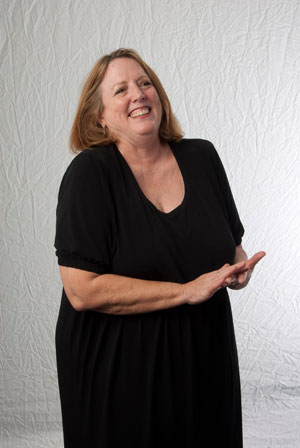 William Riedel was born in Tanunda, in the wine-growing Barossa Valley of South Australia, in 1927. He received his Bachelor's degree from the University of Adelaide in 1947, and pursued post-graduate studies there under the guidance of Sir Douglas Mawson, known for his Antarctic explorations and fundamental work on the geology of southern Australia. Mawson guided him first to paleontology and then to radiolarians, which remained his principal research interest.

In 1950 he went to the Oceanographic Institute in Gothenburg, Sweden, to study the radiolarian sediments collected by the Swedish Deep-Sea Expedition of 1947-48, with support from Hans Pettersson, then director of that Institute, and Borje Kullenberg, inventor of the piston corer. It was there that Riedel had his one and only flash of scientific insight, from which the rest of his career developed predictably.

He recognized that surface sediments on the Pacific floor often contain, in addition to Quaternary radiolarians, also reworked Tertiary species as old as Eocene. Since the time of Haeckel's 1887 report on the radiolarians of the "Challenger" Expedition, all of those species had been considered to be Quaternary, and people therefore concluded that this microfossil group was not promising for stratigraphic applications. In apparent confirmation of this pessimistic view, a chalk described (in the year of Riedel's birth) from Rotti, near Timor, and regarded as Pliocene, contained a radiolarian assemblage more similar to Mesozoic faunas of Europe than to late Tertiary assemblages and present-day plankton. With the recognition of the Tertiary and Quaternary components of radiolarian assemblages from the Pacific floor, and that the supposedly Pliocene assemblage from Rotti is in fact Cretaceous, the way was cleared for the development of radiolarian stratigraphy, and the recognition of evolutionary lineages.

Riedel moved in 1951 to Scripps Institution of Oceanography in La Jolla, California, where he remained for almost 50 years, except for a brief return in 1954-55 to his old position as paleontologist at the South Australian Museum. His work on Cenozoic radiolarian stratigraphy and evolution was based at first on sediment cores collected on oceanographic expeditions, supplemented by land-based sequences, and later on materials collected by the Deep Sea Drilling Project and the Ocean Drilling Program (in collaboration with Annika Sanfilippo).

In brief forays away from radiolarian research, Riedel in the early 1950's worked with M.N. Bramlette on establishing the stratigraphic utility of calcareous nannofossils, and in the 1970's explored the stratigraphic application of the microscopic teeth and scales of fishes ("ichthyoliths") that are often the only fossils present in deep Pacific clays. This stratignathic work, done in collaboration with Patricia Doyle, involved the development of a non-Linnean taxonomy based on morphological descriptors.

In the mid-1980's to mid-1990's, in collaboration with Linda Tway, Riedel experimented with the application of newly developing computer-based technologies (artificial intelligence, expert systems and multimedia tools) to paleontology and biostratigraphy, with the goal of improving objectivity and reproducibility in data gathering, and convenience in data retrieval and manipulation. Since then, he has been much involved in various aspects of electronic publication.

He returned, in the middle of the year 2000,  to his roots in the the Barossa Valley, so that his ashes may fertilize them.