Figure 1. The possible evolutionary relationships between the annelids, brachiopods, and molluscs, with the proposed position of the halkieriids and Wiwaxia. (Fig. 83 and caption from The Crucible of Creation). 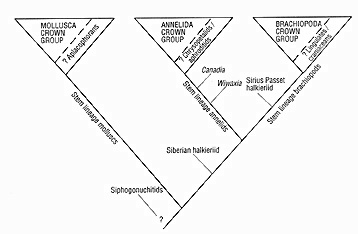