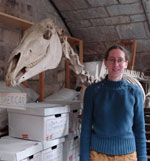 Eline van Asperen earned an MA with distinction in Archaeological Sciences from Leiden University, The Netherlands, where she worked on the faunal material of the Middle Pleistocene site Schöningen 13II-4. She then moved to York, United Kingdom, where she did her PhD in Archaeology, studying the biostratigraphy and ecology of European late Middle Pleistocene horses. She is presently a Marie Curie ERG postdoctoral fellow in the Faculty of Science of Liverpool John Moores University, United Kingdom. Her current research focuses on the interaction of climatic factors and community dynamics in the shaping of the Last Interglacial large mammal fauna of Europe. 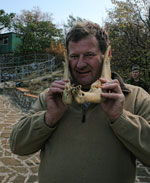 Krzysztof Stefaniak graduated from Wrocław University, Poland in 1986 and received his PhD in 2001. He has been working at the Department of Palaeozoology, Zoological Institute, University of Wroclaw, Poland since 1984. His interests are focused on fossil mammals, especially mammalian ungulates, including Neogene and Quaternary deer. Further areas of research are archaeozoology, caves and study of fossil DNA in Quaternary mammals from Poland and Ukraine. He has participated and led research (excavation) for 30 years on karst area in Poland and Ukraine. He lectures to students in Palaeontology, Archaeozoology, and Quaternary Studies at the University of Wrocław.

Department of Paleozoology and Paleontological Museum
National Museum of Natural History of the National Academy of Science of Ukraine
Kiev, Ukraine

Iurii Proskurnyak is a biologist and palaeontologist. In 2007 he graduated from the Zoological Department of the Chernivtsi National University, Ukraine, with a Master’s degree in biology. Through his involvement in caving activities he became interested in cave palaeontology. In 2010 he completed postgraduate study in the National Museum of Natural History of the National Academy of Sciences of Ukraine, in the Department of Vertebrate Paleozoology. At present he is a fund custodian in the same institution in the Department of Vertebrate Paleozoology. The subjects of his investigation are in the area of comparative morphology, population biology, palaeozoogeography, systematics and evolution of the ungulates of the Late Pleistocene in the East-European Plain. 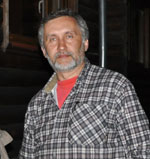 Bogdan Ridush is a geomorphologist, Quaternary geologist and archaeologist. He graduated from the Department of Physical Geography and Geomorphology of University of Chernivtsi, Ukraine in 1983. His special interest since his student years is in karst relief and caves exploration. For many years, he was employed in engineering geology, dealing mainly with Quaternary deposits. Since 1996 he has been involved in cave archaeology and in 2000 he received his Candidate degree (equal to Ph.D. in UIS countries) in this field from the University of Chernivtsi. Since 2000 he has expanded his research into complex investigations of cave deposits as proxies of palaeogeographical signals. Searching for and exploration of palaeontological cave sites in the Ukrainian Carpathians, Podillya, Mountain Crimea and other areas has his special attention.
At present he is an Assistant Professor in the Department of Physical Geography, Chernivtsi National “Fedkovych” University (Ukraine) and Head of Department of Cave Palaeontology and Speleoarcheology in the Ukrainian Institute of Speleology and Karstology (Symferopol).