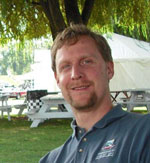 Edward Byrd Davis is the Fossil Collections Manager for the University of Oregon Museum of Natural and Cultural History. He received his B.S. from the University of Tennessee, Knoxville, and his Ph.D. from the University of California, Berkeley. He divides his time between museum curational nightmares, teaching in the UO Geology Department, and paleomammalogy research. His primary research interests lie in trends in macroecology over time and in the evolution of antilocaprid artiodactyls. 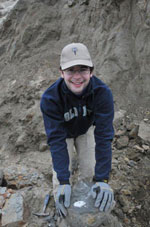