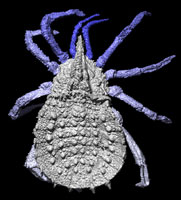 Russell Garwood is currently a research associate in 3D and 4D geological materials imaging, based at the Research Complex at Harwell (Rutherford Appleton Laboratory, Didcot) and part of the Manchester X-Ray Imaging Facility. He studied at Imperial College, London as an undergraduate, and a PhD student, completing a thesis on the 3D reconstruction of Carboniferous fossils in Late 2010. His research to date has focused on the palaeobiology of early terrestrial arthropods as revealed by CT scanning and computer reconstruction. More recently he has acted as the computed tomography lab manager at the Natural History Museum, London, which has allowed him to apply the same techniques to a wide range of geological, mineralogical, palaeontological, archaeological and historical problems. His other research interests include the computer modelling of evolution, abiogenesis, and early evolution. 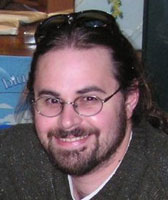