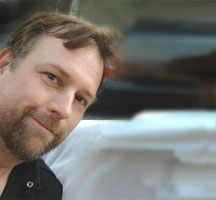 Hans Henderickx is born in Mol, Belgium in 1961. He started as early as 1984 as researcher in the Life Sciences electron microscope department of Janssen Pharmaceutica (Johnson & Johnson). Initially he was trained in spearpoint technology for digital medical imaging. In 2003 he became department manager. Under the influence of Dr Narcisse Leleup (Brussels, Belgium) he focused on invertebrate morphology and faunistics and in 2012 he was author of 66 publications on invertebrate palaeontology, biospeleology and faunistics. He described 17 new species from different invertebrate groups, extant and fossil. Already in 2006 he published a study with the technique to describe a new arachnid and its external and internal morphology in opaque amber using X-ray micro-CT.

Up to today he is connected as a researcher to the University Antwerp and to the Royal Belgian Institute of Natural Sciences. 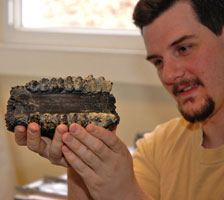 Paul Tafforeau is born in Normandie, France in1977. He obtained his doctorate in the European Synchrotron Radiation Facility where he worked on teeth of primates. He was the first to use X-ray synchrotron microtomography to investigate fossils. After his PhD he returned to the ESRF and he started to work there full time in 2004 as a thematic scientist. In parallel with his main research topic on primate teeth and hominids dental development, he worked on optimizing X-ray synchrotron imaging techniques for fossils high quality non-destructive investigations. In 2006 he obtained the price ‘Young Scientist Award’ of the ESRF. In 2008 a researchgroup with Paul Tafforeau and Malvina Lak (University Rennes) started to examine 100 million year old amber with synchrotron radiation. Through many impressive results obtained during collaborations with teams all over the world, paleontology became one of the important topics at the ESRF. 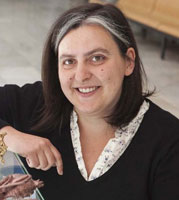 Carmen Soriano is born in Madrid, Spain in 1976. She studied Biological Sciences (specialty Zoology) in the Universidad Autonoma de Madrid where she graduated in 1999 and achieved her Master Science Degree in Paleontology in 2001. She obtained her doctorate with honors in Geology in 2006 in the Universitat de Barcelona, supervised by Dr. Xavier Delclos, with a project title "Coleopterans from the Lower Cretaceous of Spain: Paleobiology and taphonomy". In 2008 she had her first doctoral stage in the Universite de Rennes I, France. In 2009-2010 she worked at the European Synchrotron Radiation Facility in Grenoble. Since then and until today, she has been coordinating the different amber related projects at the ESRF.