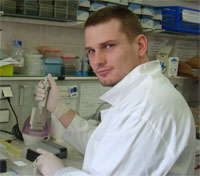 Mateusz Baca is a research assistant in Centre for Precolumbian Studies at University of Warsaw. His main research field is ancient DNA. His Master’s thesis (2007) concerned genetic characterization of pre-Columbian populations from Peruvian Andes. He is also interested in genetic analyses of Pleistocene mammals. Now he is preparing his PhD thesis concerning impact of late Pleistocene climatic oscillations on population dynamics of Dicrostonyx gulielmi from Biśnik Cave (Poland).

Anna Stankovic (born in 1971) She is a member of the group of geneticists from the Institute of Genetics and Biotechnology (University of Warsaw) and she is working on Molecular Ecology and Conservation Genetics of marine and freshwater fish for restitution and management projects in Poland including sturgeon, salmon and few others. Recently her work is also focused on several Pleistocene animal species like red deer, wolverine, lemming, bear, and some others. 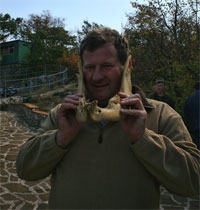 Krzysztof Stefaniak graduated from the Wroclaw University, Poland in 1986 and received his PhD in 2001. He has been working at the Department of Palaeozoology, Zoological Institute, University of Wroclaw, Poland since 1984. His interests are focused on fossil mammals, especially ungulates, including Neogene and Quaternary deer. His research activity includes also archaeozoology, caves and fossil DNA. He has participated in excavations in karst areas of Poland and the Ukraine for 30 years. He lectures palaeontology, archaeozoology and the history of the formation of the modern fauna and flora during the Quaternary at the University of Wroclaw. 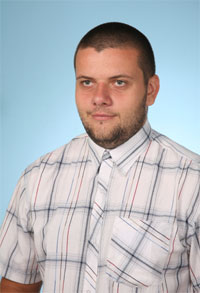 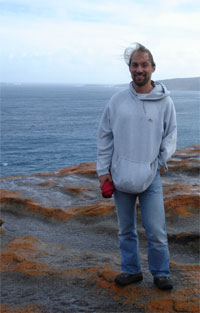 Michael Hofreiter’s research is centred on the use of ancient DNA data for addressing questions in evolutionary genetics. Michael’s main interest lies in mammalian evolution ranging from phylogenetic questions, often investigating the phylogenetic relationships of extinct species to their living relatives, over population genetics to functional analyses of phenotypically or physiologically relevant genes. Because of the limited temporal survival of DNA in the fossil record he mostly investigates late Pleistocene and Holocene remains. Main areas of research are: 1) The evolutionary history of Ursidae, with a focus on the late Pleistocene cave bear complex; 2) the evolution of elephants and mammoths; 3) the domestication history of the domestic horse. 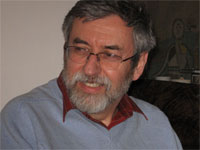 Zoologist, palaeontologist; professor of the Vertebrate Zoology Department, Institute of Systematics and Evolution of Animals, Polish Academy of Sciences, Kraków, and professor and head of Palaeozoology Department, Wrocław University, Wrocław, Poland. The author of about 150 original contributions, including 5 books, 60 other publications, 40 presentations in 30 international meetings, about 30 national scientific conferences. Research interests: palaeobiology of small mammals, palaeoecology, archaeozoology, biostratigraphy and Quaternary extinctions, biology and systematics of recent mammals. The member of Editorial Boards of several Polish and international journals, e.g. Quaternary International. The member of Committees of the Quaternary Research and of Zoology of the Polish Academy of Sciences. 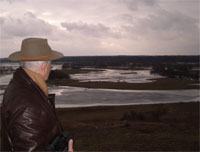 University of Warsaw professor of genetics. 1980-2009 - Head of the Institute of Genetics and Biotechnology, 2000 -2006 - Rector of the Warsaw University. Post-doc and visiting scientist at the John Innes Institute GB, MIT and Paris XI. Main scientific interests: regulation of gene expression in microorganisms, genomics, ancient DNA analysis. 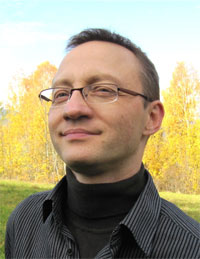 Paweł Mackiewicz (born in 1971) is an Assistant Professor in the Faculty of Biotechnology at the University of Wrocław in Poland. His fascination for dinosaurs in childhood sparked his interest in paleontology and in natural sciences in general. Therefore he decided to study biology at the Faculty of Natural Sciences at the University of Wrocław. His first Master’s thesis in general biology (1996) concerned analyses of dental enamel structure and thickness of Carnivora with special attention to fossil bears. During his studies he also got interested in molecular biology and bioinformatics that later became his main field of research activity. They resulted in BSc (1996) and MSc in microbiology (1997), and PhD (2000) as well as habilitation (2004) in biological sciences-genetics. He is involved in many research projects in the field of bioinformatics and genomics, as well as molecular phylogeny and evolution, related to gene recognition, analysis of bacterial genome structure, computer simulations of genome evolution, endosymbiosis, phage genomics, nematode bar-coding, and evolution of various genes and proteins, including ancient DNA samples. He also continues his studies of dental enamel thickness of carnivorans including fossil ursids in relation to their diet and phylogeny. The analysis of aDNA is fulfillment of his past dreams to connect paleontology with molecular biology in one interdisciplinary field. Dr. Mackiewicz is an author and co-author of more than 75 scientific publications and more than 135 conference presentations. For his scientific achievements, he has received numerous awards from the Foundation for Polish Science, the Polish Genetics Society, the Education Minister, and the President of the University of Wrocław.