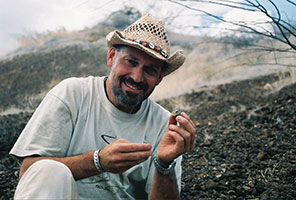 Robert Anemone is a vertebrate paleontologist and Professor of Anthropology at Western Michigan University in Kalamazoo, Michigan. Trained in biological anthropology and vertebrate paleontology at the University of Washington (Ph.D. 1989), his graduate work focused on the functional morphology and positional behavior of modern prosimian primates. A teaching job at Tulane University in the early 1990s led to collaborative work with Daris Swindler and Elizabeth Watts and a continuing interest in dental development and the evolution of life history of apes and hominins.

In 1994, he began a fieldwork project in Eocene deposits of the Great Divide Basin in southwestern Wyoming that focused on climate change and mammalian (and especially primate) evolution across the Paleocene-Eocene boundary. After 15 field seasons, his teams have recovered more than 10,000 mammals (including many of the specimens examined in this study) from about 100 localities in the Great Divide Basin. During the past several years and in collaboration with geographer and remote sensing specialist Jay Emerson (also of Western Michigan University), he has been applying the tools of the geographic information sciences to the search for fossil mammals. He has done paleontological fieldwork in the Cretaceous and Paleogene of the American West, the Miocene of Kenya, and Plio-Pleistocene of South Africa.

Matthew Skinner is a human paleontologist with a specialty in the tooth morphology of fossil human ancestors. He teaches biological anthropology courses at University College London and participates in fieldwork in East Africa. 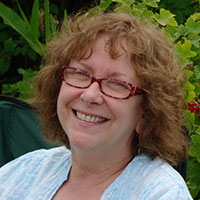 Wendy Dirks is Lecturer in Oral Biology in the School of Dental Sciences at Newcastle University in Newcastle upon Tyne, England. She began studying the relationship of dental development to life history evolution in mammals as an undergraduate at Hunter College, City University of New York, focusing on the pygmy elephant of Cyprus with her mentor Timothy Bromage, now of New York University’s College of Dentistry. She earned her PhD at New York University in Biological Anthropology in 2001, continuing her work on dental development in catarrhine primates. After a season of fieldwork in Tanzania with advisor Terry Harrison, she met Robert Anemone and began a long and fruitful collaboration on the fossil fauna of the Paleocene and Eocene deposits of the Great Divide Basin, Wyoming.

Her current research interests include work on dental development in a variety of extinct and extant mammals, including the Euarchonta and the Proboscidea. Her focus is on what dental development tells us about the paleobiology and life history strategies of extinct taxa, using extant mammals as models. As a member of the Centre for Oral Health Research at Newcastle’s School of Dental Sciences, she also supervises students studying dental morphology, indicators of stress in dental tissues and the chronology of trace element incorporation, such as lead and zinc, into children’s teeth.