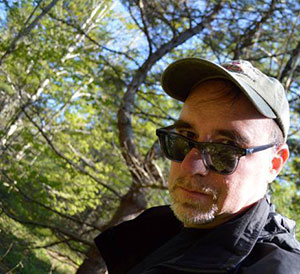 David Polly is a vertebrate paleontologist at Indiana University-Bloomington and a Research Associate at the Field Museum in Chicago. He received degrees from the University of Texas—Austin (BA) and the University of California-Berkeley (Ph.D.), and was a postdoctoral fellow with the  Michigan Society and the Museum of Paleontology at the University of Michigan-Ann Arbor. For ten years he was at Queen Mary, University of London.  His current research is on trait-based community dynamics in vertebrates, especially the role of changing Cenozoic climates and environments to the composition of communities and the evolution of traits.  He is also interested in phylogenetics, phylogeography, and genetics of vertebrates.   David is committed to keeping scientific publication under academic control. He is currently an editor for Palaeontology and Palaeontologia Electronica, and has also worked actively to develop scientific internet publishing for the University of California Museum of Paleontology, the Society of Vertebrate Paleontology, and the Natural History Museum.