FIGURE 1. Location map showing the sampling site situated on the northern coast of the Beagle Channel. 1. The maps on the left side show the position of the studied area in southern South America. 2. The aerial photography (1:20.000) shows the area affected by the Holocene marine transgression. Radiocarbon dates were previously performed for Sites 1 and 2. Trophon geversianus shells with drillholes were recovered from the left part in Site 1. 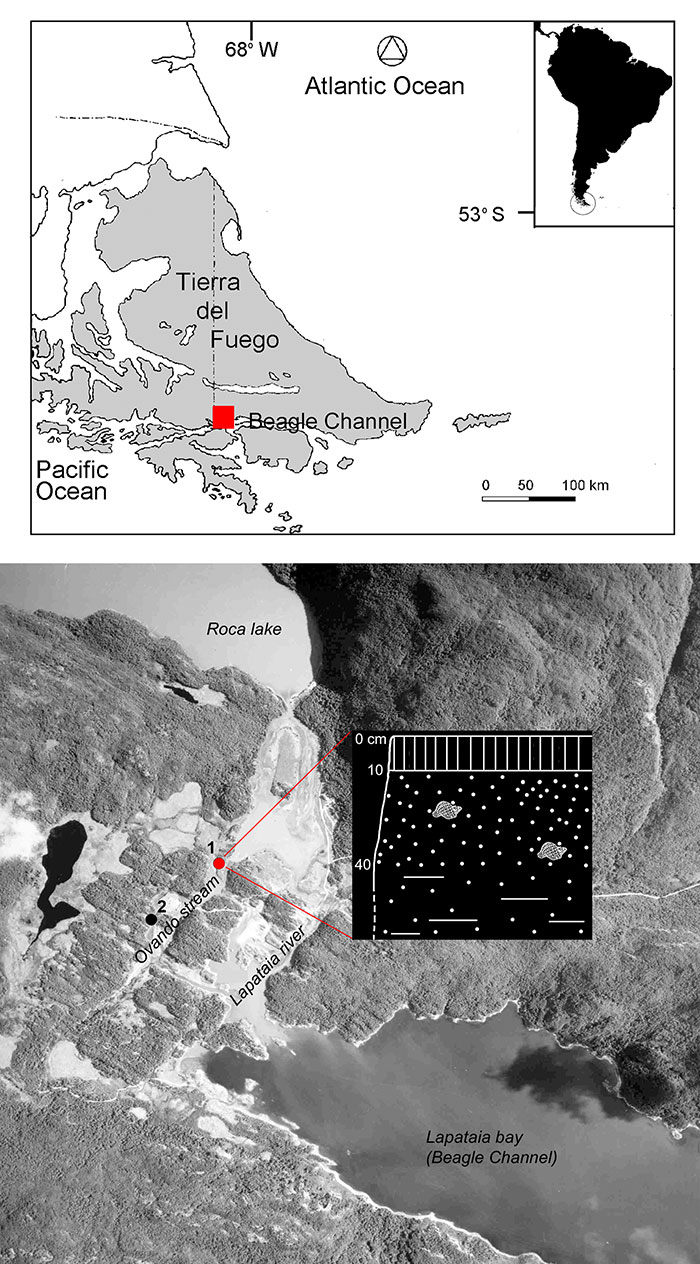 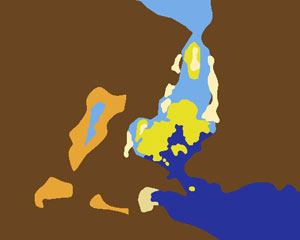 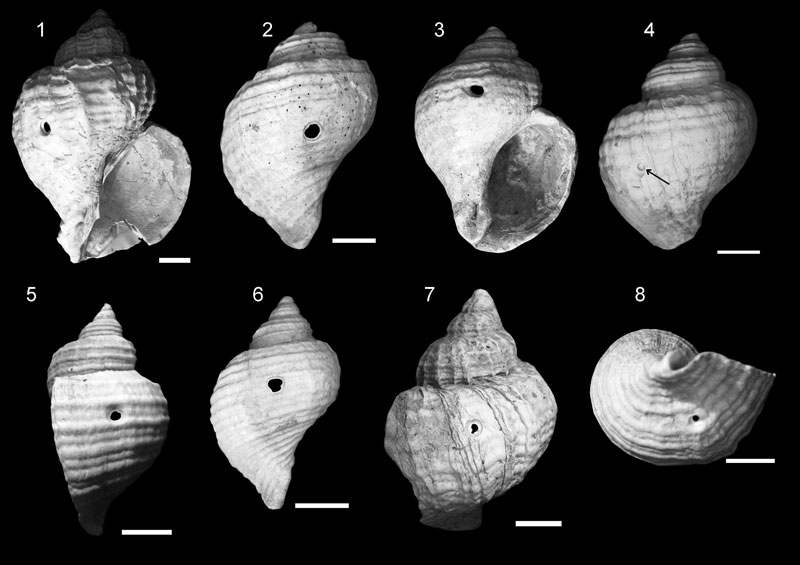 FIGURE 4. A Trophon geversianus specimen (See also Figure 3.1.) in 3D created using photoshop. The form of the drillhole is easier to interpret in 3D. This photograph was made using anaglyph techniques, which combine two photographs one in red and the other in cyan (blue+green) color. Three-dimensional red-cyan glasses are recommended to view this image correctly. 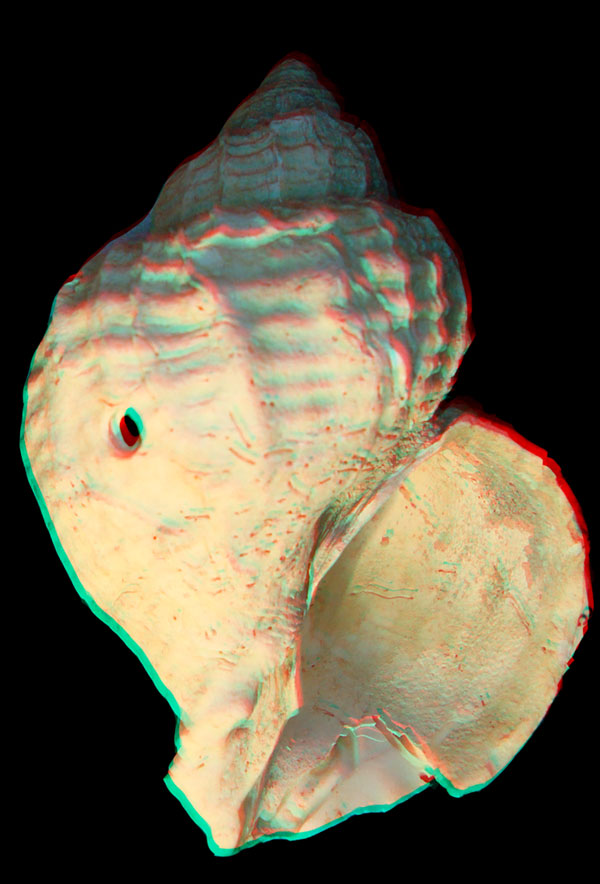 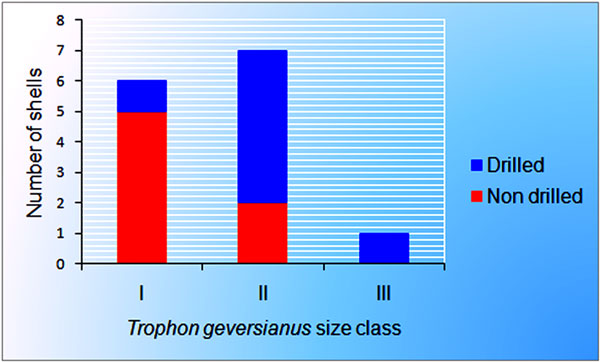 FIGURE 6. Larger and smaller predators with respect to their prey. 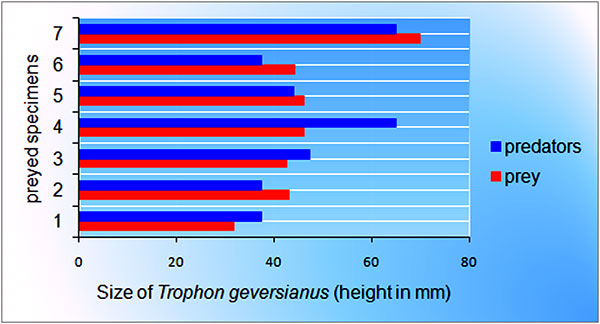 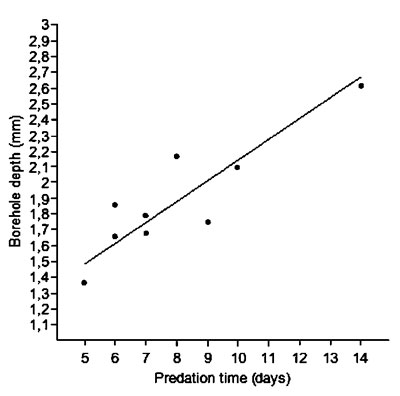 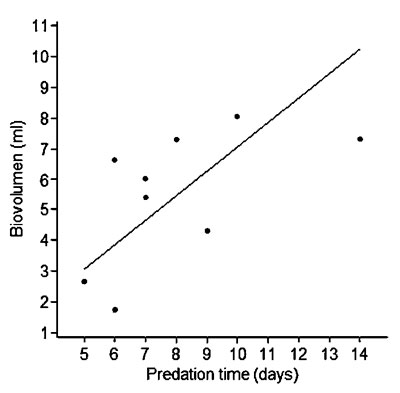