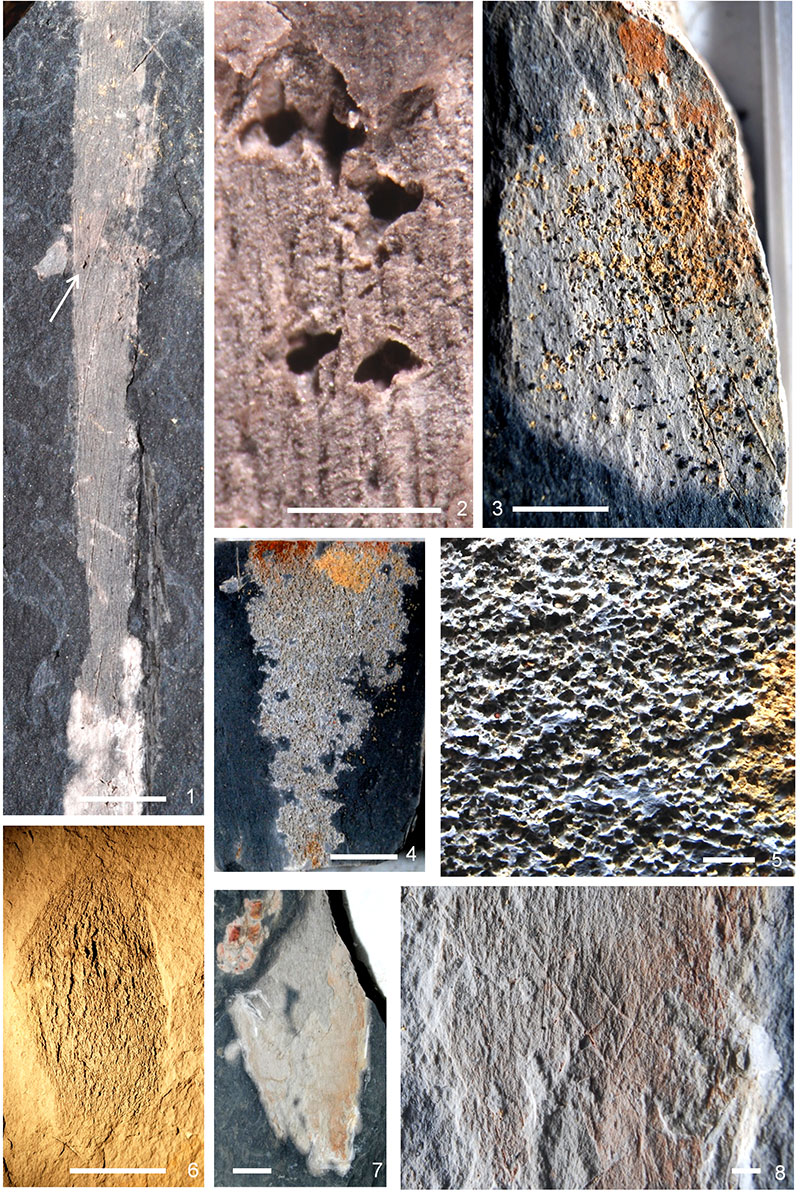 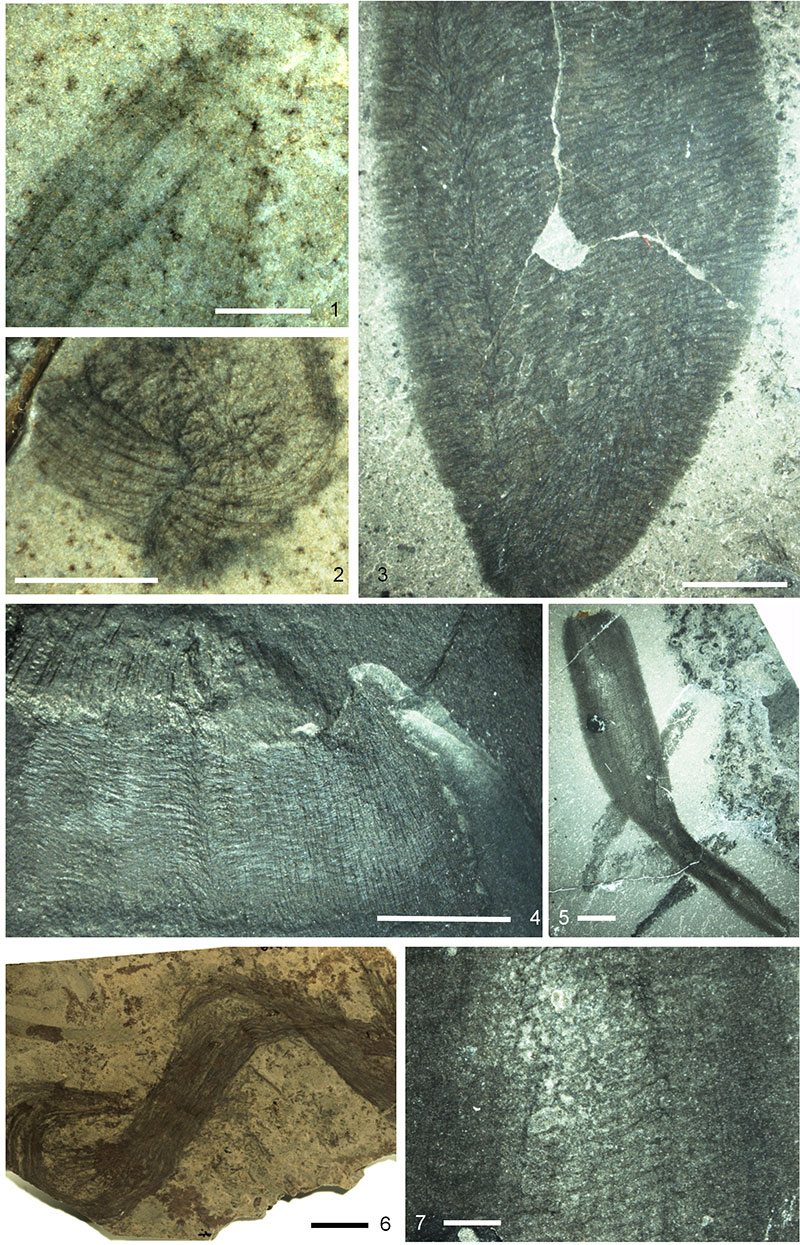 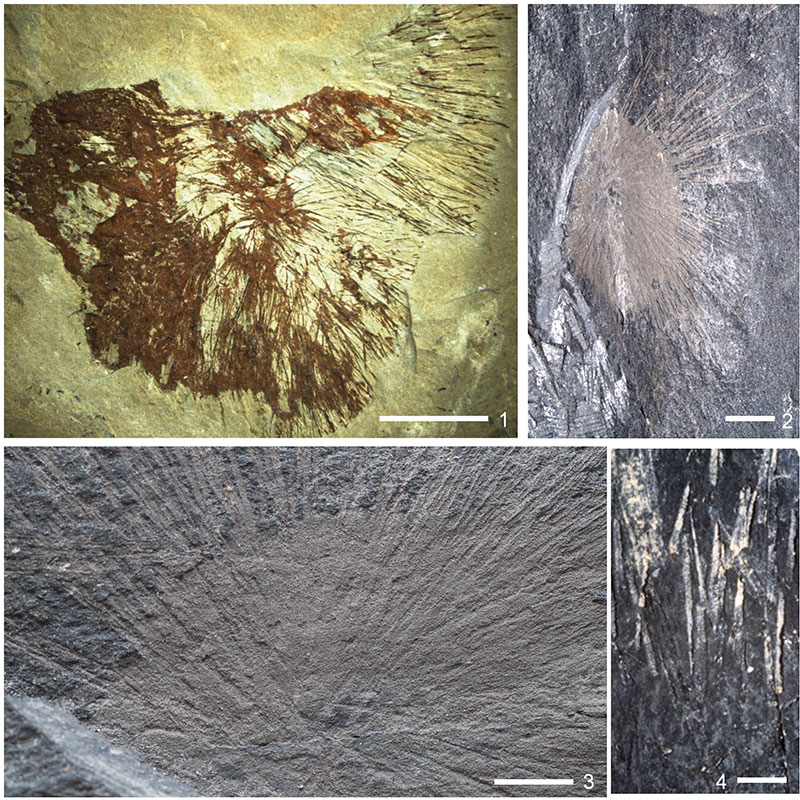 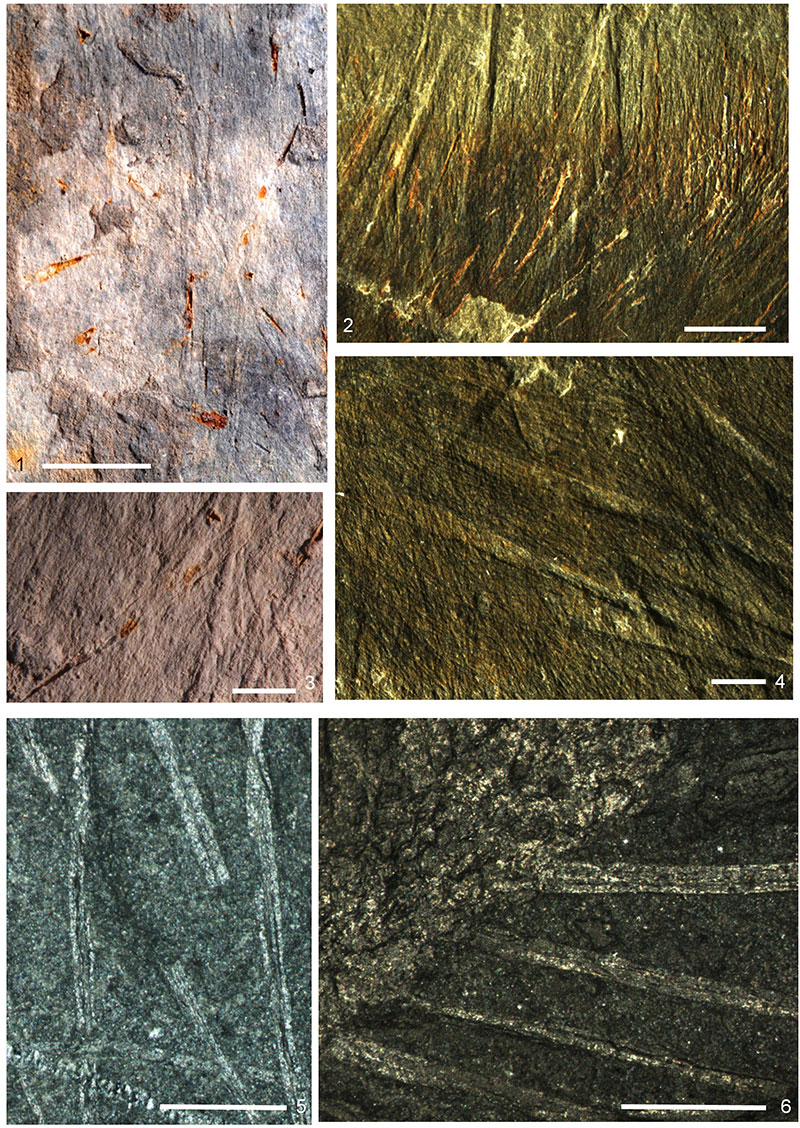 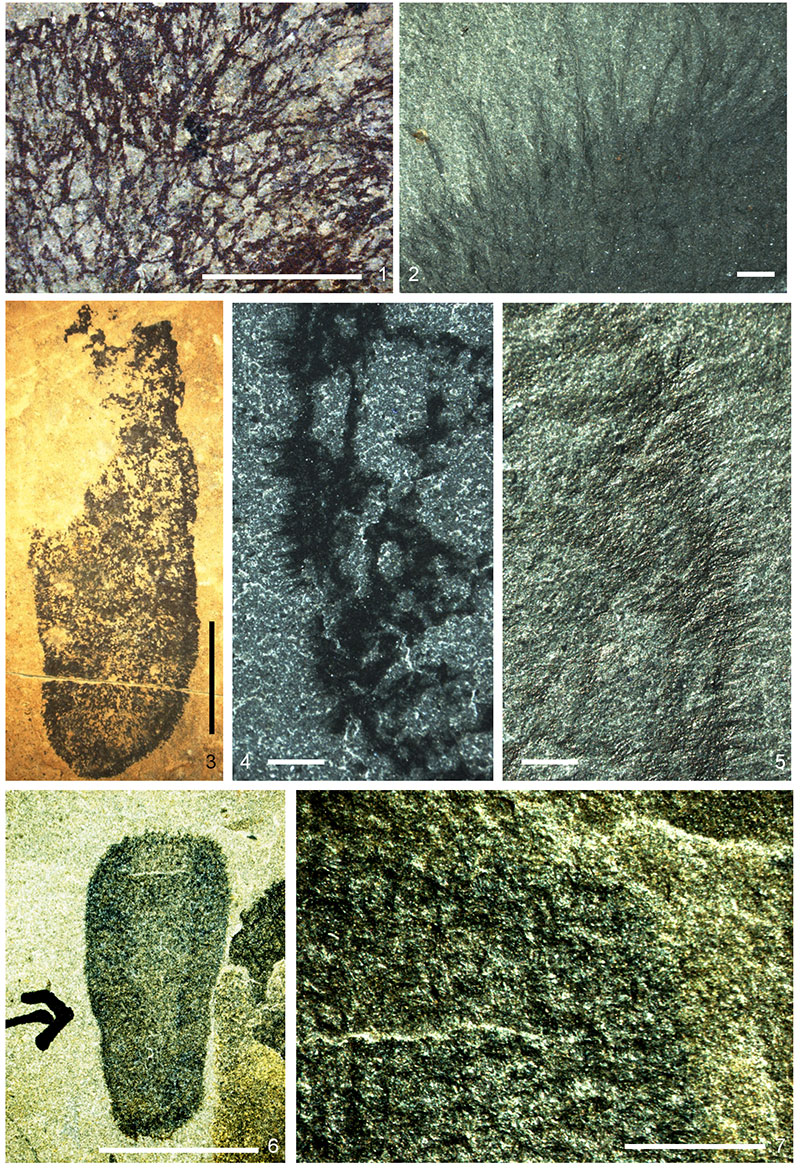 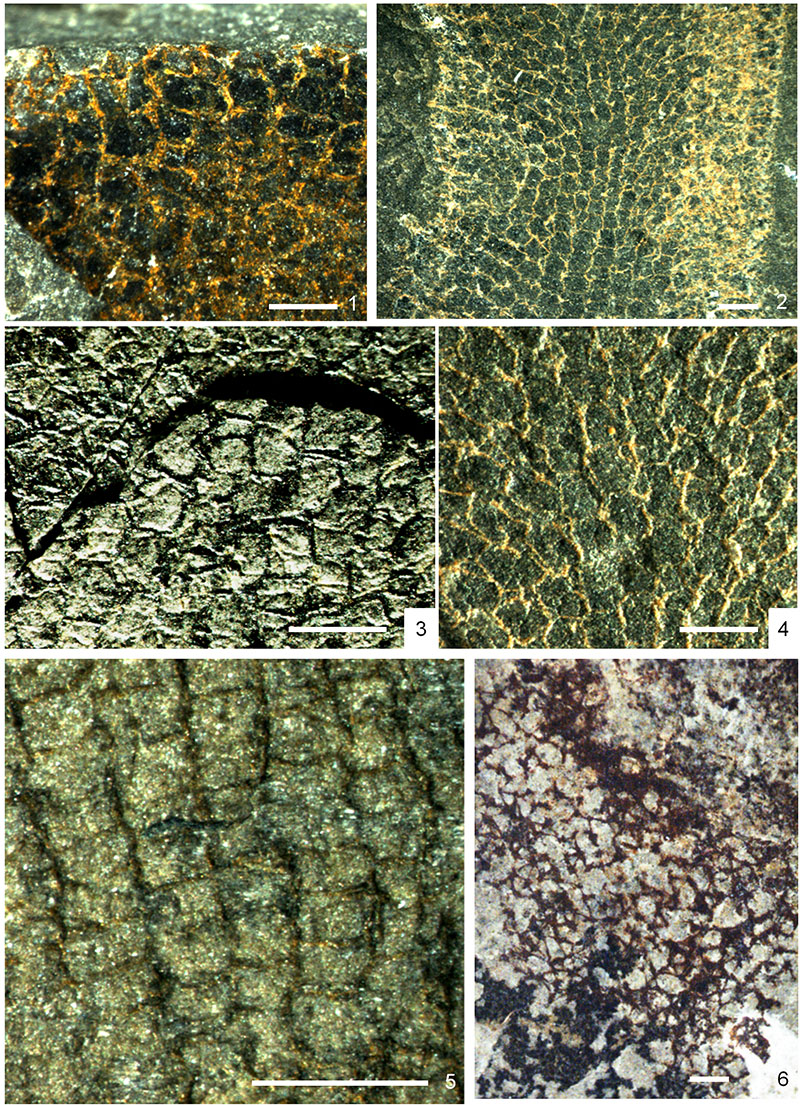 FIGURE 7. Phylogenetic hypothesis for the protomonaxonids, divided into two major groups: 1, large-spiculed taxa, including links to basal, hexactine-bearing sponges; 2, small-spiculed taxa with relationships to modern demosponge lineages. New genera A, B, and C are described briefly in the text. This reconstruction includes most of the genera described from Cambrian deposits, but a few poorly-understood or potentially problematic taxa are excluded. Vertical axis represents evolution; no scale of time or morphology is implied. 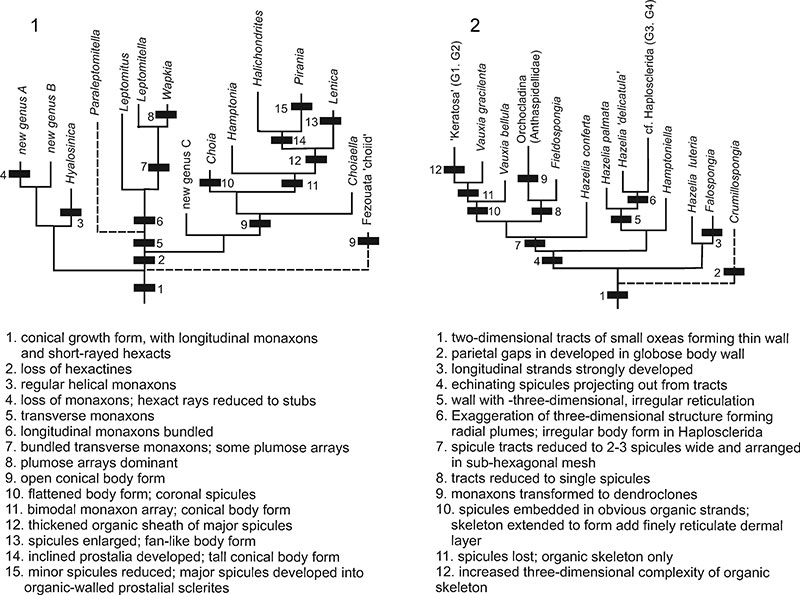