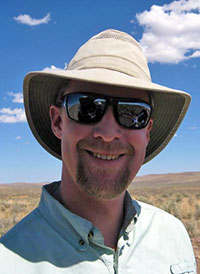 Edward Byrd Davis is the Fossil Collections Manager for the University of Oregon Museum of Natural and Cultural History. He received his B.S. from the University of Tennessee, Knoxville, and his Ph.D. from the University of California, Berkeley. He divides his time between museum curatorial nightmares, teaching in the UO Geology Department, and paleomammalogy research. His primary research interests lie in geographic range response to climate change over shallow and deep time and in ruminant artiodactyl evolution. 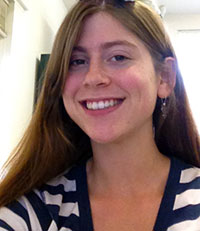 Brianna K. McHorse graduated from the Robert D. Clark Honors College at the University of Oregon with a degree in Biology. Beginning in fall 2013 she will be a graduate student in the Department of Organismic and Evolutionary Biology at Harvard University, where she will focus on evolutionary functional morphology and mammalian locomotor biomechanics. She has been funded as a Goldwater Scholar investigating the relationship between conformation and competition performance in three-day event horses and as a National Science Foundation Graduate Research Fellow.