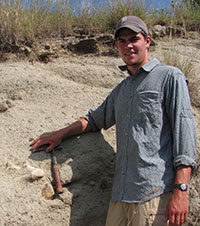 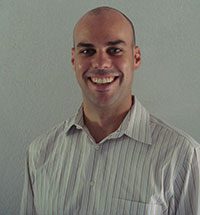 Daniel Peppe is an assistant professor of Geology at Baylor University. He received his degrees from St. Lawrence University (BS) and Yale University (MPhil, PhD), and was a postdoctoral researcher at Wesleyan University. His research program uses a collaborative, interdisciplinary approach to address how environmental change drives evolutionary processes in plants and animals. In his research, Peppe integrates methods in paleobotany, ecology, sedimentology, stratigraphy, and paleomagnetism to address questions about the underlying dynamics of environmental, biotic, and climatic change through time. Peppe's research is focused on reconstructing ancient climates and ecosystems in North America and East Africa, and on developing better and more accurate paleoclimate and paleoecological proxies. 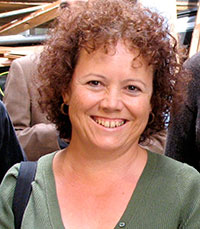 Professor Marion Bamford is a palaeobotanist at the Bernard Price Institute, University of the Witwatersrand, Johannesburg, where she lectures to undergraduate students, supervises post-graduates and carries out research. Her specialty is fossil wood but she also works on charcoal, leaves, seeds, phytoliths and pollen. She works with multidisciplinary teams in South Africa on the Karoo, Cretaceous and Quaternary floras. She also works on projects in East African hominid sites such as Rusinga, Laetoli, Olduvai Gorge, and Koobi Fora. 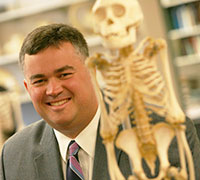 Kieran McNulty is an associate professor working in the Evolutionary Anthropology Laboratory at the University of Minnesota. His study of ape and human evolution is conducted, in part, using modern quantitative techniques for understanding components of cranial variation. He also conducts paleontological research in the early Miocene deposits of Western Kenya with the aim of better documenting the early diversification of hominoid primates. 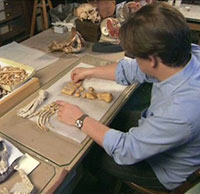 William Harcourt-Smith is a paleoanthropologist specializing in the evolution of fossil apes and humans. He earned his Ph.D. in vertebrate paleontology from University College London and now has joint appointments at the American Museum of Natural History in New York and Lehman College. He helped to curate the new permanent Hall of Human Evolution and co-directs paleontological research on Rusinga Island, Kenya. 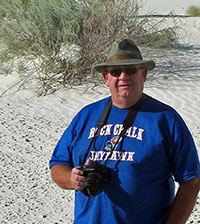 Larry Davis is a Professor of Geology/Biology at the College of Saint Benedict and Saint John’s University and received his PhD from Washington State University. He teaches courses in invertebrate and vertebrate paleontology, evolution and diversity, carbonate depositional environments, and reef ecology. He has conducted studies on the Chambered Nautilus in Papua New Guinea and Palau.