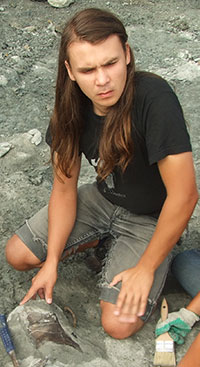 Przemysław Gorzelak is a paleontologist who got his Ph.D. at the Institute of Paleobiology, Polish Academy of Sciences (Warsaw) in 2012. He is interested in the morphology and paleoecology of fossil echinoderms, with special value given to the Mesozoic crinoids. His research interests include also predator-prey interactions and their effects on morphology, ecology, and evolution. He is currently involved in projects on biomineralization and diagenesis of the stereom in extant and fossil echinoderms. 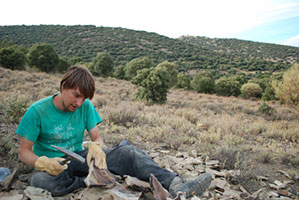 Samuel Zamora is a post-doctoral researcher at the Smithsonian Institution (Washington DC) funded by the Springer fund. He is a specialist on the early evolutionary history of echinoderms. He completed his Ph.D. in 2009 at the University of Zaragoza (Spain) base on Cambrian echinoderm faunas from North Spain and he spent later two years post-Doc at the Natural History Museum (London). He has published extensively on the morphology and a phylogenetic relationship of a broad range of Cambrian and Ordovician echinoderms and is currently researching the origins of the echinoderm body plan and the extrinsic and intrinsic factors that drove the early diversification of echinoderms.