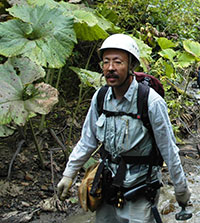 Takao Ubukata is a paleontologist working at Shizuoka University. He has focused on the morphological aspects of fossil organisms since he got a PhD from the University of Tokyo in 1996 based on a research on theoretical morphology of bivalve mollusks. His current research interest covers methodology in morphometrics, dynamics of morphological disparity, functional and constructional morphologies of mollusks, analysis of microevolution through stratophenetic series, and biomineralization of molluscan shell, as well as theoretical morphologic modeling of shell morphogenesis. 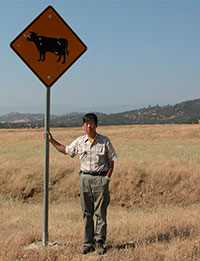 Kazushige Tanabe, Ph.D., an Emeritus Professor of the University of Tokyo, is now working as a project researcher at the University Museum, the University of Tokyo. His research interests include comparative morphology, anatomy, embryology and (paleo)ecology of modern and fossil cephalopod mollusks, and marine biology and ecology of bivalve mollusks. For more details of his academic records, see the following site: https://www.researchgate.net/profile/Kazushige_Tanabe/?ev=hdr_xprf. 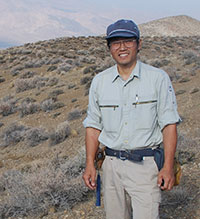 Yasunari Shigeta mainly works on ammonoid biostratigraphy, taxonomy, and paleobiology. He got a PhD from the University of Tokyo in 1992. As senior curator, he is working in the National Museum of Nature and Science in Tsukuba. He is currently studying the Early Triassic biotic recovery on the basis of detailed field works in Vietnam and Russian Far East. Other research interests include paleobiogeography and evolution of the Cretaceous ammonoids in the Pacific area. 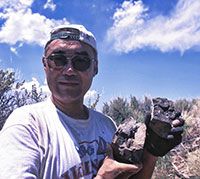 Haruyoshi Maeda is a paleontologist working at the Kyushu University Museum. He has focused on the paleoecological and taphonomic aspects of ammonoids since he got a PhD from the University of Tokyo in 1989 based on a research on dimorphism of Cretaceous ammonite species. His current research interest covers systematics, paleoecology and taphonomy of ammonoids, as well as preservational histories of fossil-Lagerstätten of various organisms. 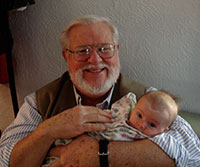 Royal H. Mapes is now an Emeritus professor and former chairman at the Department of Geological Sciences, Ohio University at Athens, OH 45701. he has taught basic geology courses and Paleontology at that university for about 30+ years before his full retirement in December 2012. To date, he has published more than 300 research papers and abstracts. Most of his research has been on fossil cephalopods of the Upper Paleozoic, although with other researchers he has contributed reports on other fossil phyla and their occurrences. His current research focus is on phylogeny, taphonomy and paleobiology of modern (specifically Nautilus) and Upper Paleozoic cephalopods.