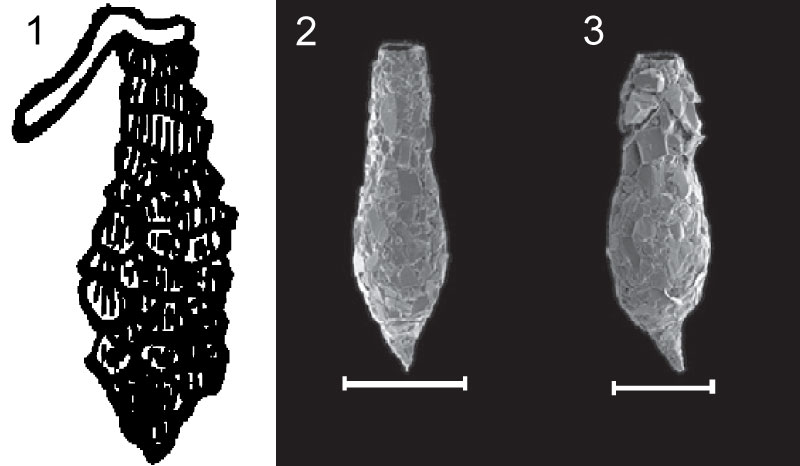 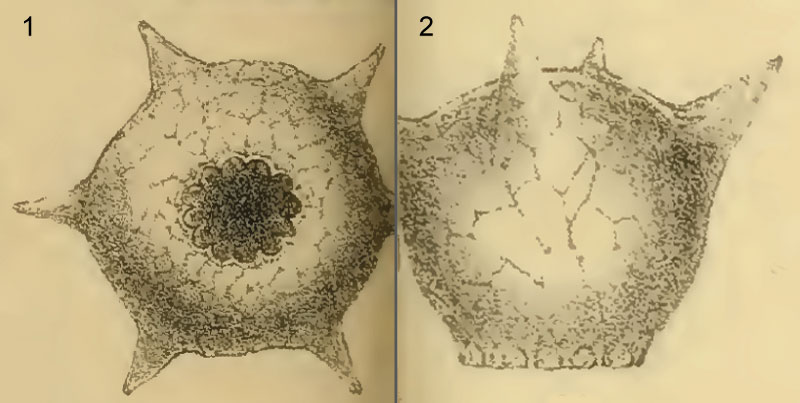 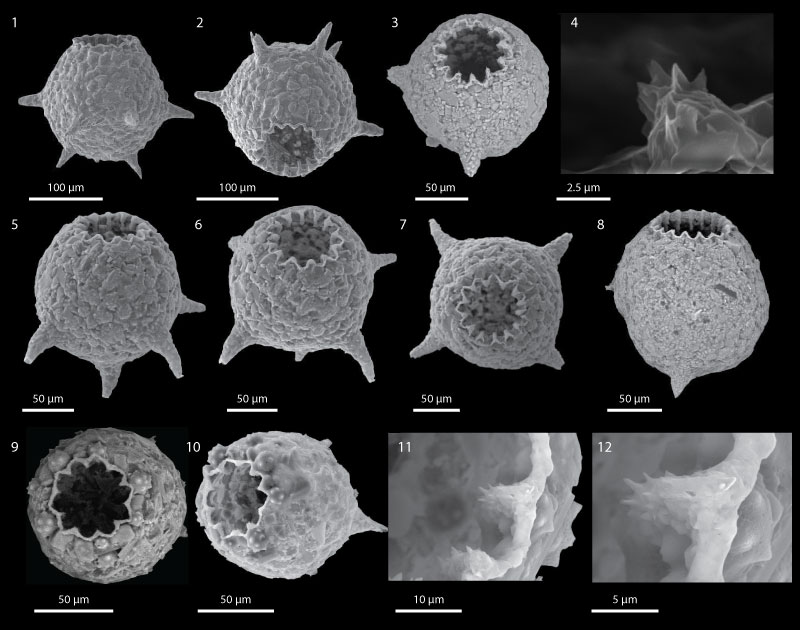 FIGURE 4. Line drawings of Mediolus corona clones produced within six of Jennings (1916) broods, redrafted and reaarranged by Medioli and Scott (1983). The figure shows that although there is little variation within broods through only a few generations there is considerable variation in both size and process number and arrangement between broods. The research of Jennings (1916) indicated that although the crenulated aperture was a constant feature in all clones, some morphotypes can be processless. 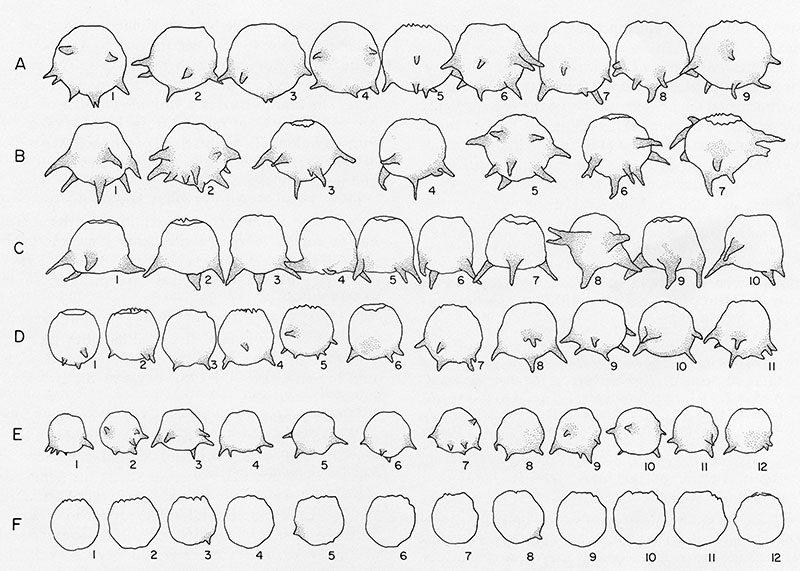