Taphonomy of the Morrison Fm.: Figures

FIGURE 1. General location of the Aaron Scott Site in Emery County, Utah (modified from the US Census Bureau, 2000) 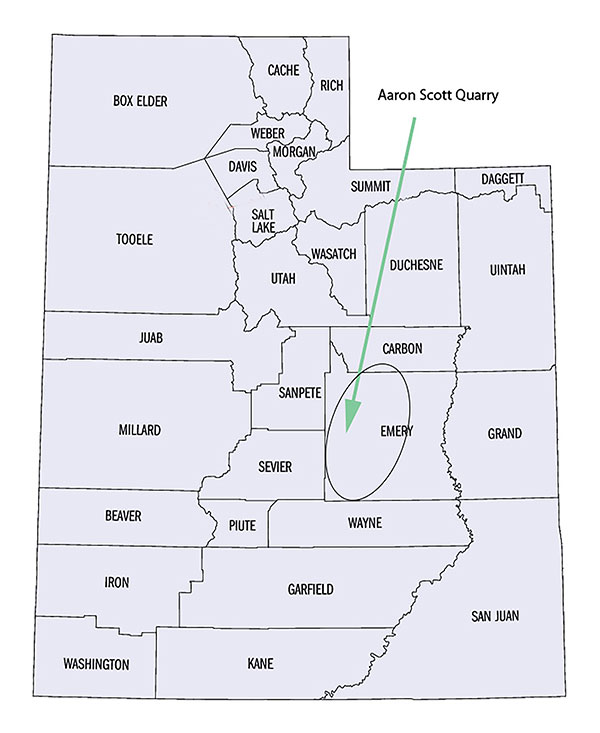 FIGURE 2. General stratigraphy of the Morrison Formation in the vicinity of the Aaron Scott Site. 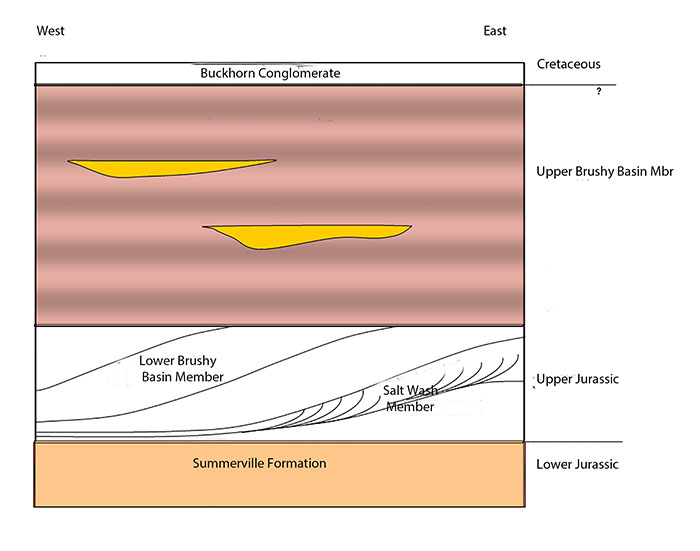 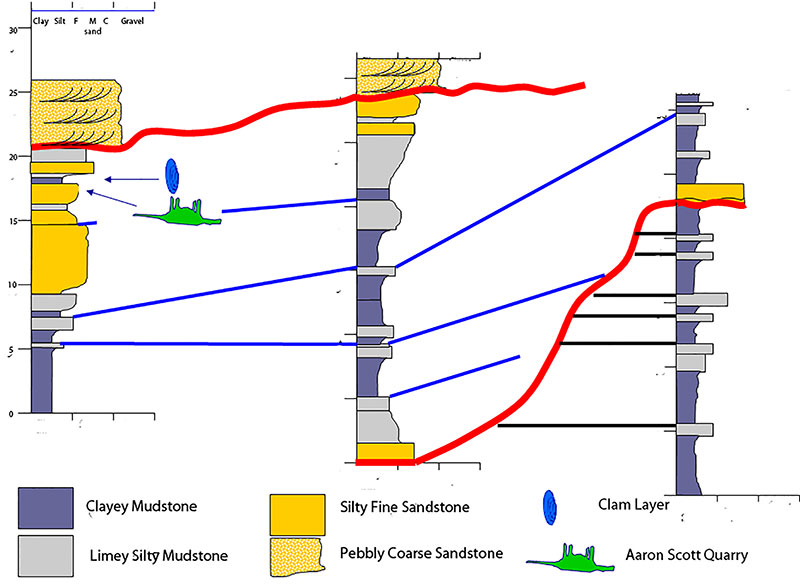 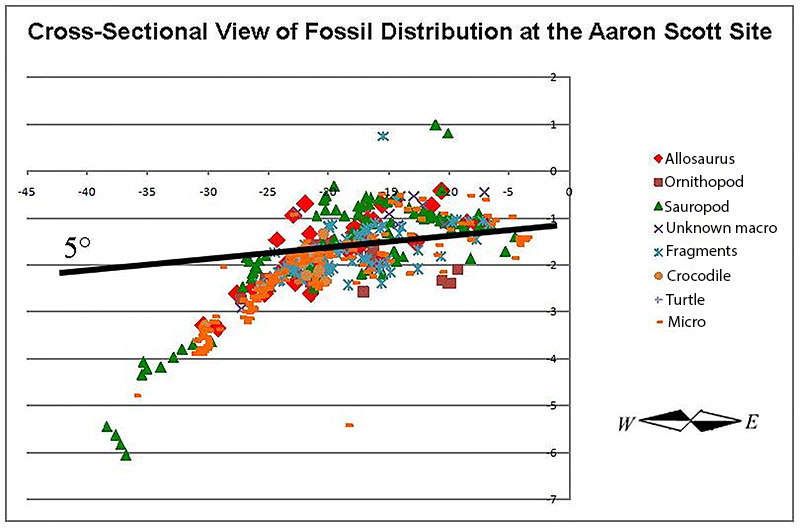 FIGURE 6. Quarry map of the Barosaurus associated skeleton of the Aaron Scott Site showing distribution of the bones collected 2005-2012 in map view. 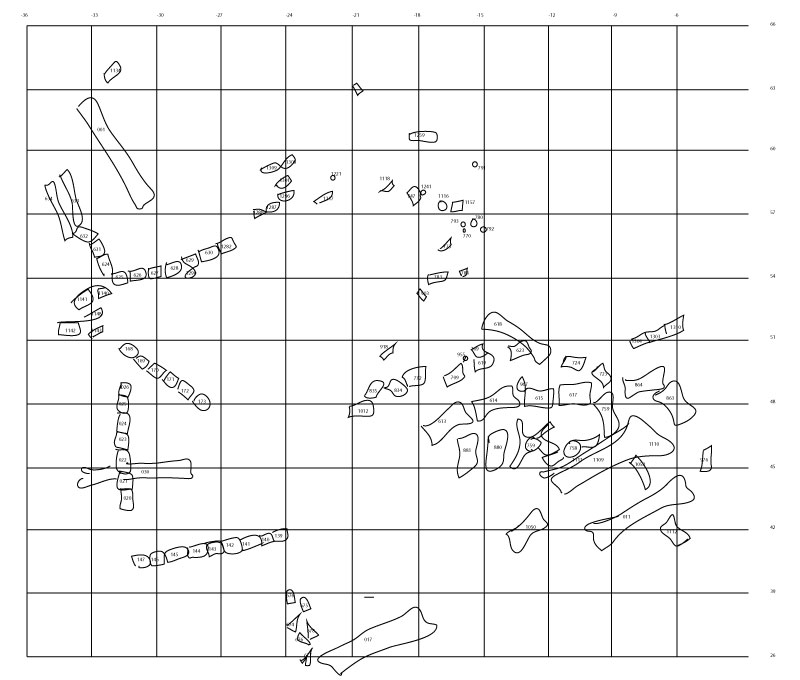 FIGURE 7. A distribution of the bones of the diplodocid based on FTI groups (Frison and Todd, 1986). 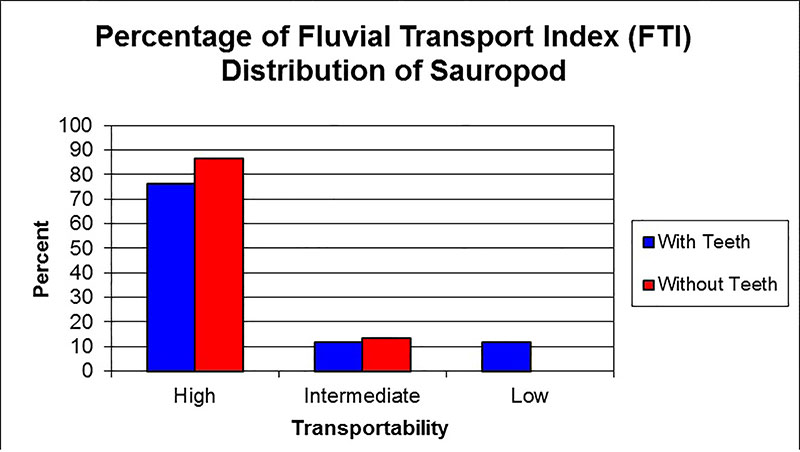 FIGURE 8. Rose diagram showing the orientation of the sauropod bones. A poor bimodal distribution is indicated, with one set of bones oriented to the west and a second set oriented northwest-southeast. 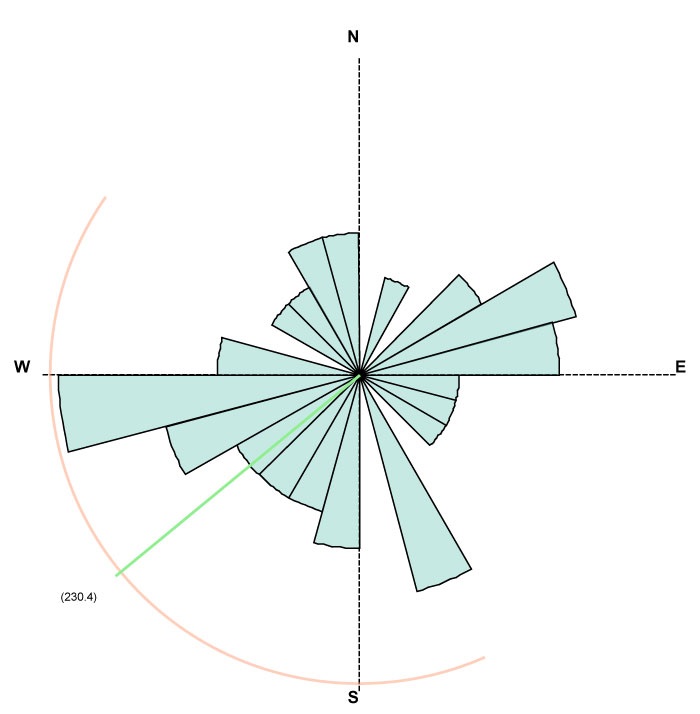 FIGURE 9. Ternary diagram showing the expected bones of a complete sauropod skeleton and the path of enrichment that bones would take if they were transported from their source compared to if they were enriched at the source. Bones of the sauropod indicate an enrichment in group 1 bones, suggesting a terminal transport deposition of the bones. 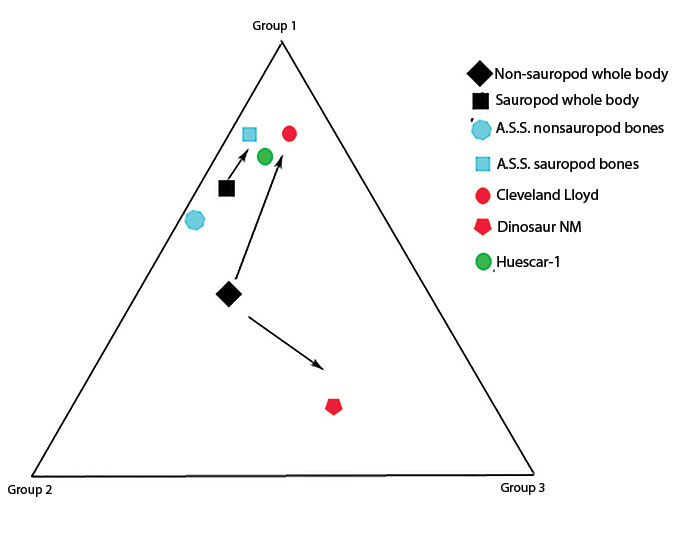 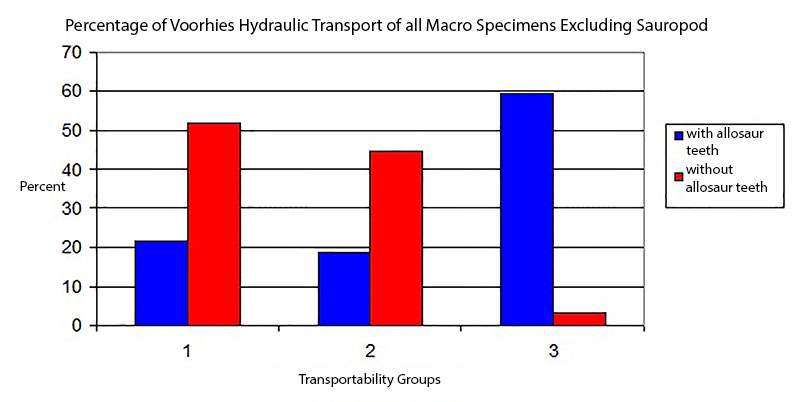 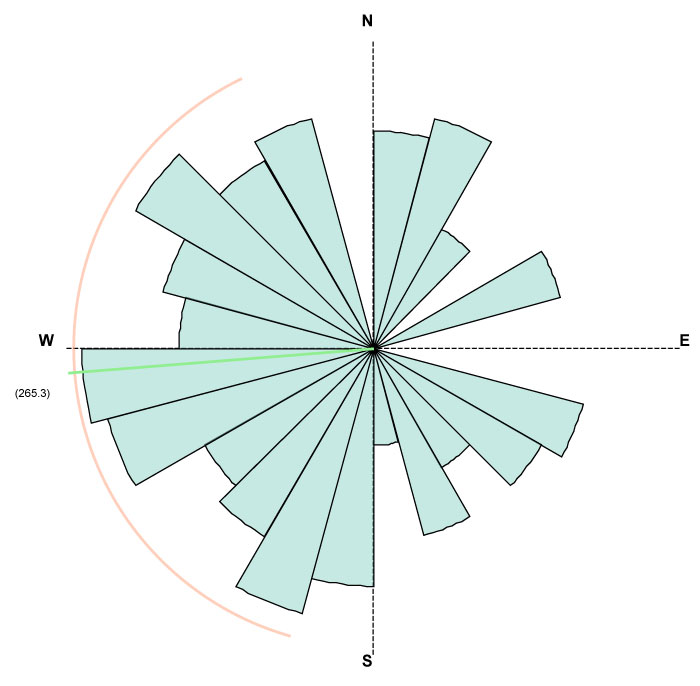 FIGURE 12. Histogram of bone weathering and abrasion for non-sauropod bones (sauropod bones had weathering of zero and are not included on this diagram). Weathering rank of 2 indicates flaking and cracking of the outer layer of the bone and is the most common in non-fragmented bones. Fragmented bones are ranked as a 5, indicating that the bones have broken apart and may have been rounded

FIGURE 13. Examples of weathering stages of bones at the Aaron Scott Quarry. 13.1) Dryosaurus vertebra (VP 8612) with weathering stage 2. Note that the neural arch was broken prior to burial. Scale bar equals 5 cm. 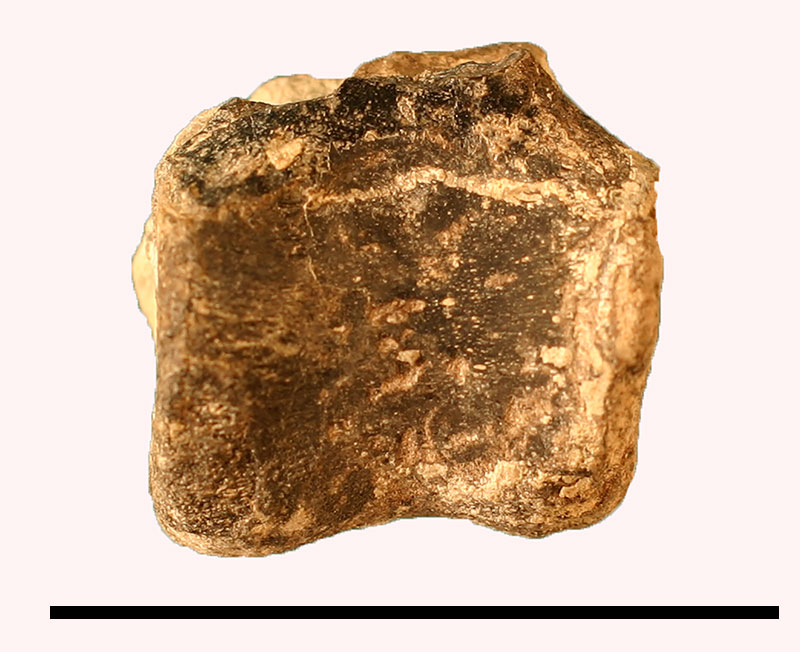 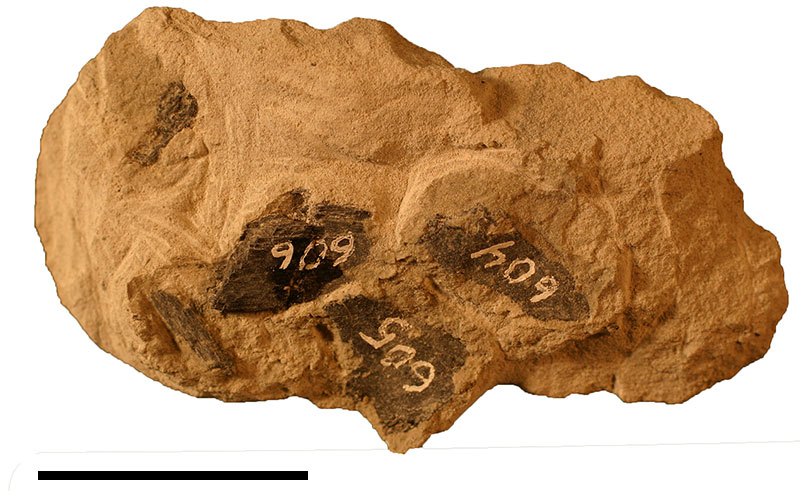 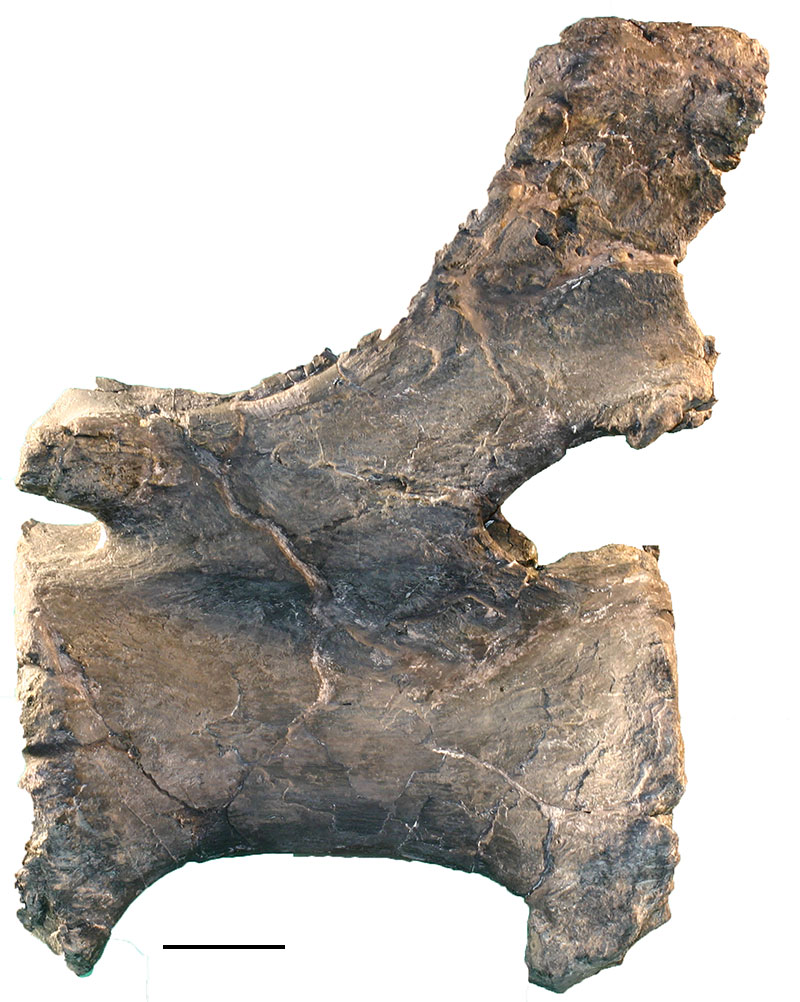