Enrico Borghi graduated (engineering) from the Bologna University, Italy, in 1978 and became member of the Società Reggiana di Scienze Naturali in 1980. His primary interests are the fossil echinoids from the Mediterranean area, their palaeoecology and relationships with extant populations. 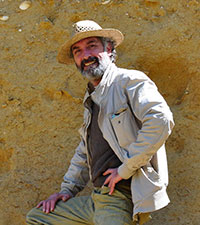 Vittorio is a PhD palaeontologist with special interest in Cenozoic molluscs. He is always open to various research fields (from foraminifers to dinosaurs!) when involving palaeoecology and palaeo(bio)geography. His main work area is the Mediterranean Sea, trying to understand the Quaternary climate and biodiversity changes occurred in this basin. After working at the University of Palermo and at the Muséum d’Histoire Naturelle (Paris), he co-founded Paleosofia-APEMA, which is engaged in the fields of research, conservancy and education. 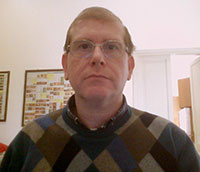 Since 2011, Sergio Bonomo is a researcher at the Institute for Coastal Marine Environment of National Research Council, where he studies living and fossil Coccolithophyceae in water samples and marine sediments. Sergio graduated from the Università degli Studi di Palermo and PhD from the Università degli Studi di Napoli “Federico II”. Most of his research deals with various aspects of the biostratigraphy, palaeoecology and palaeoceanography in the Mediterranean region using calcareous nannofossils.