FIGURE 1. Location map showing Alturas, California and major physiographic provinces. I-5, I-80, US-395, and 299 are all road identifications. 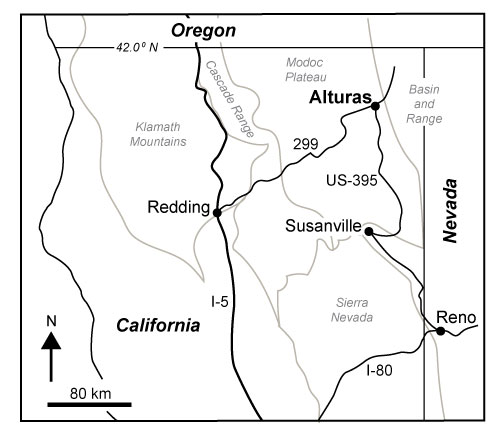 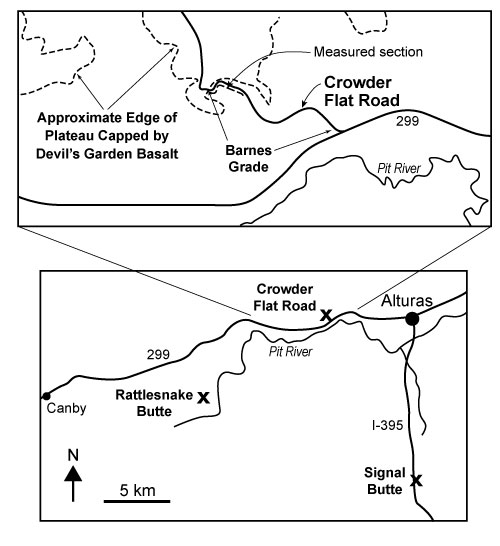 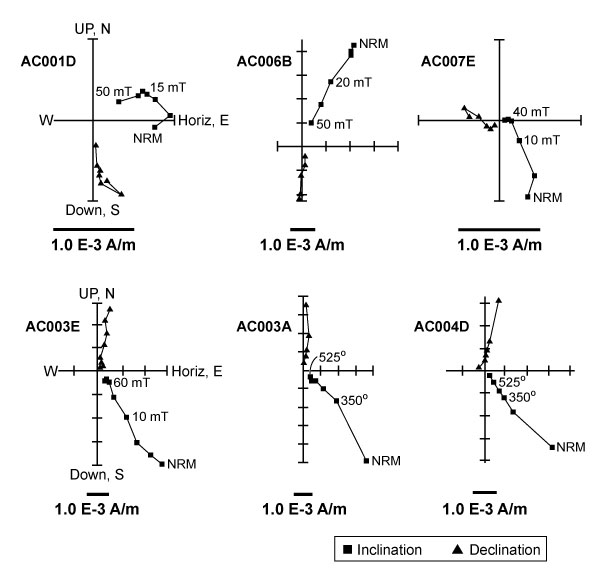 FIGURE 4. Results of strong field thermomagnetic experiments on magnetic extracts from bulk sediment samples illustrating general loss in magnetic intensity as a function of heating with all remanance removed by 580oC. 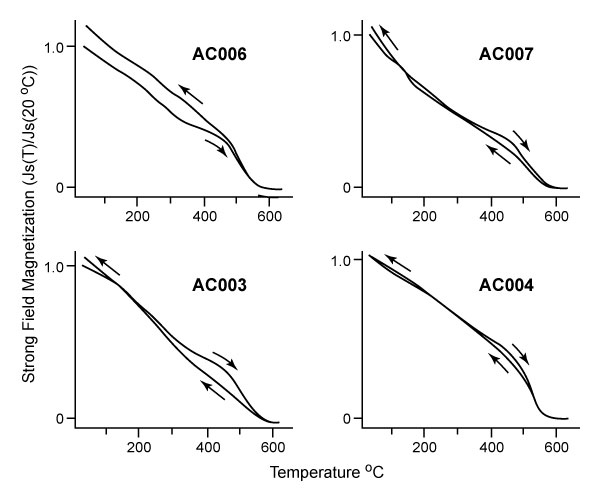 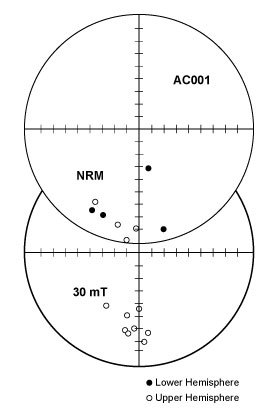 FIGURE 6. Site mean directions (1) and reversals test (2) for sites from both sample sets with site mean alpha95 < 20o. Reversed polarity site “ B ” is from the Devil’s Garden Basalt. 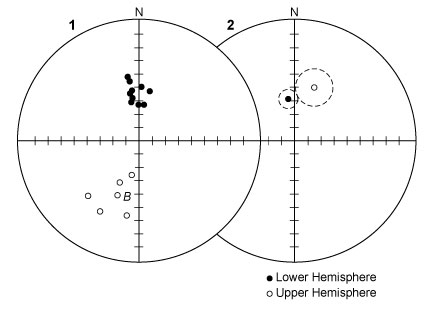 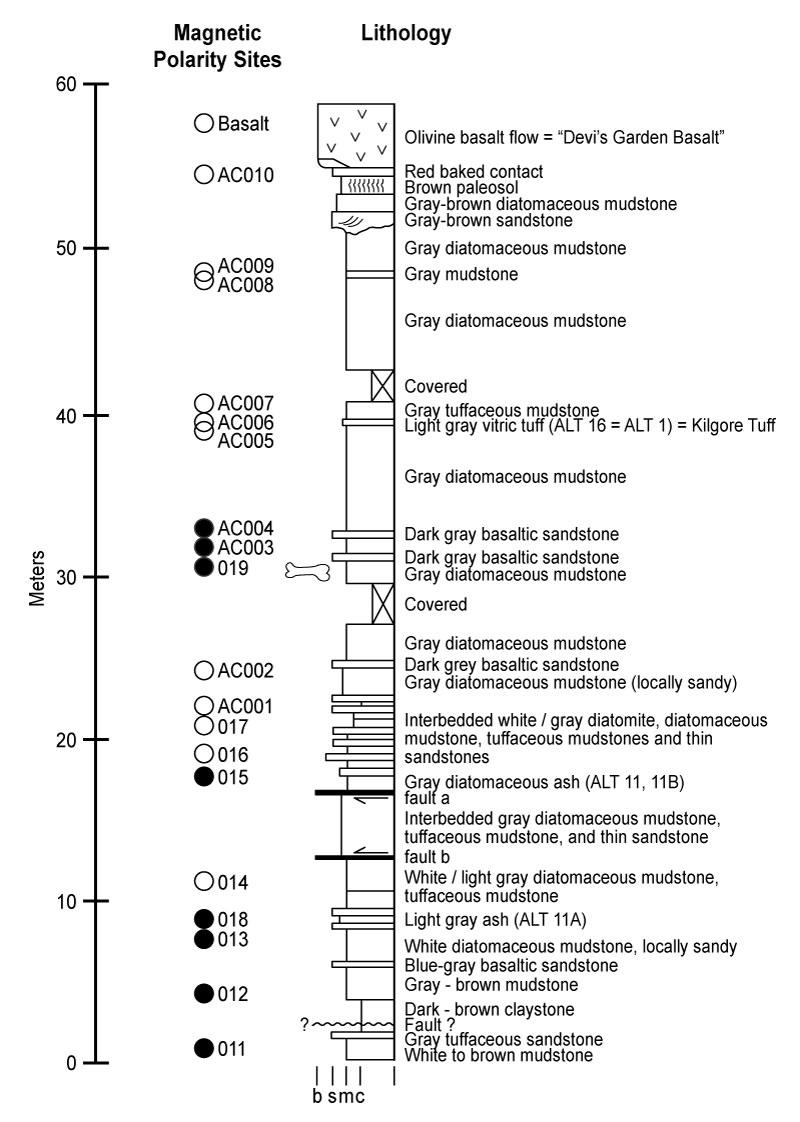 FIGURE 8. Areal distribution of the Kilgore Tuff (4.45 ± 0.05 Ma; Morgan and McIntosh, 2005). This tuff was erupted from the Heise Volcanic Field, much of which is now covered by the Snake River Plain basalts. 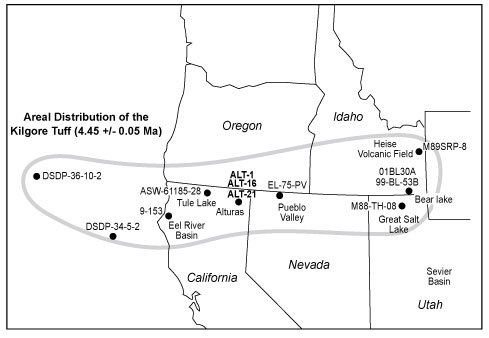 FIGURE 9. Alturas Formation stratigraphic section with magnetic polarity stratigraphy, key tuffs, and correlation across faults. The fault displacements are constrained by detailed correlation of multiple tuffs. 2.5 m down to the south on fault a and 0.5 m up to the south on fault b. Correlation of tuffs across these faults allows the normal to reversed polarity transition from 015 - 016 to be correlated with the same transition from 018 - 014. The bone symbol represents the stratigraphic position of fossil locality UO 2424. Grain size scale same as in Figure 7. 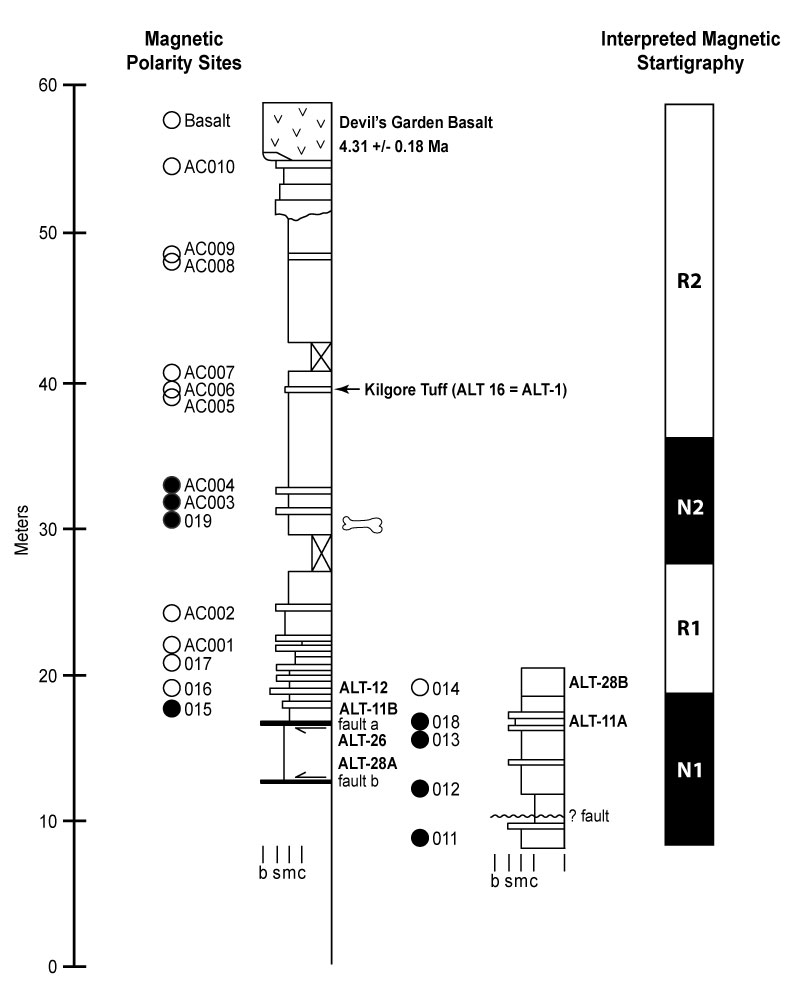 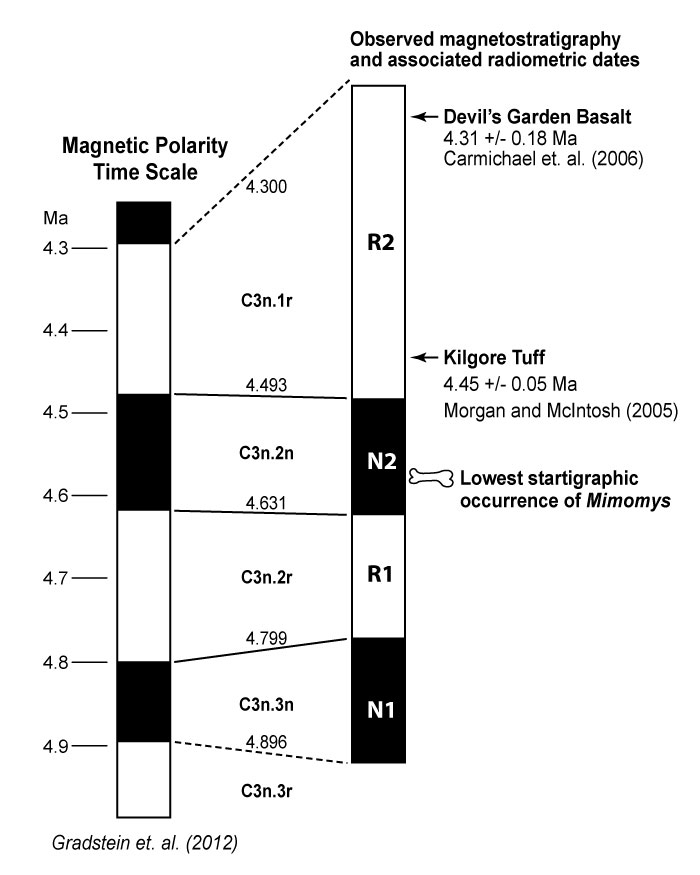