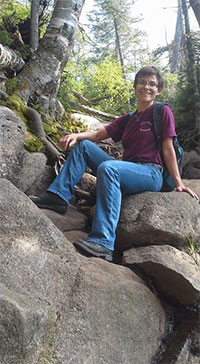 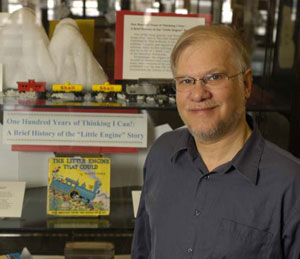 Roy Plotnick is a professor in the Department of Earth and Environmental Sciences at the University of Illinois at Chicago, where he has been for more than thirty years since he received his doctorate at the University of Chicago.  The inertia of his affiliation is in total contrast to the unpredictability of his scientific interests, which can be best be characterized as eclectic (some may some unfocused!) .  He has published on eurypterids, arthropod taphonomy, functional morphology, the nature of wastebasket taxa, disparity, quantitative stratigraphy, trace fossils, and the applications of fractal and related methods in paleontology, stratigraphy, and landscape ecology.  He is currently working on a remarkable Pennsylvanian paleokarst and cave fill, which preserves very early conifers.  Roy has been associated with both PBDB and CHRONOS.  Other interests include amateur astronomy, toy trains, and The Little Engine that Could.

Fabien Kenig is an Earth scientist. He uses organic geochemistry and stable isotope analysis to answer questions in paleooceanography. A large part of his work focuses on biomarkers that can be used as climate proxies. He is currently a professor at the University of Illinois at Chicago in the department of Earth and environmental sciences.