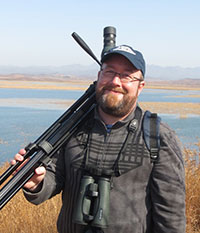 In 2012, Tom moved to Beijing to join the Institute of Vertebrate Paleontology and Paleoanthropology, and is now an associate professor there. He is an avian paleontologist and integrative biologist focused mostly on understanding Cenozoic bird evolution, and he also is interested in the role of past climate change and related biogeographic dispersal in the formation of current global avian diversity. In addition to working on bird-based (and other non-mammalian) projects across China (and Asia), he also travels around China hiking, birding, and experiencing the cultural and culinary diversity of Asia. 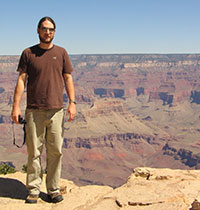 Adam Smith is a postdoctoral fellow at the Field Museum in Chicago, Illinois, USA and a research affiliate at the North Carolina Museum of Natural Sciences. He was formerly a postdoctoral researcher at The National Evolutionary Synthesis Center on the campus of Duke University and has received degrees from Western Kentucky University (BS) and the University of Texas at Austin (PhD). He is a vertebrate paleontologist with broad interests in the evolution of birds with particular areas of focus including combined phylogenetic analyses, divergence time estimation and avian anatomy. More information can be found at: http://paleosmith.org.