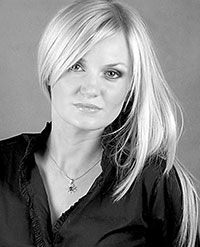 Iwona Kania, entomologist, palaeoentomologist, since 2007 Assistant Professor in Department of Environmental Biology, Faculty of Biology and Agriculture, University of Rzeszów. Graduated from the University of Silesia, Katowice, Poland in 2002 and made her PhD in 2007 (Department of Zoology, University of Silesia). The author of publications on taxonomic and phylogenetics issues of selected groups of insects, classification, morphology and biology of Diptera: Tipulomorpha. Her scientific activity focusses on the palaeontology, systematics and evolution of recent and extinct Tipulomorpha. The main research is based on inclusions of Tipulomorpha in fossil resins which she studied also at Institute of Palaeontology, Russian Academy of Sciences in Moscow and National Museum of Natural History in Paris. As a Member of Board of International Palaeoentomological Society she attended conferences in Beijing, China (2010) and Byblos, Lebanon (2013). 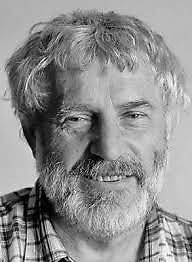 Wiesław Krzemiński, entomologist, palaeontologist working on systematics, evolution and phylogeny of Diptera and Mecoptera, based on extinct and extant species. Since 1990 the Head of the Natural History Museum of the Institute of Systematics and Evolution of Animals, Polish Academy of Sciences, Kraków, Poland. A state professor since 2003. Academic position at the University of Rzeszów (2005 to 2009) and at the Pedagogical University in Kraków since 2010. Author of more than 120 publications; a keen participant of scientific expeditions to Antarctica, Venezuela, Columbia, Peru, Ecuador, Korea, Vietnam, China, Australia, New Zealand, Brazil. Organizer of over seventy exhibitions in several museums, mainly on fossil and living fauna and on nature protection. The founding member of the International Palaeoentomological Society (2001, Kraków); took part in all its following conferences in Pretoria, South Africa (2005), Alava, Spain (2007), Beijing, China (2010), Byblos, Lebanon (2013).