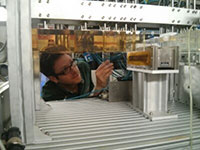 Ricardo Araújo has completed his doctoral degree at the Southern Methodist University. He is currently a postdoctoral fellow at the Plasma and Nuclear Fusion Institute in the University of Lisbon and at the Museum für Naturkunde studying synchrotron techniques applied to paleontology. The doctoral dissertation focuses on Angolan plesiosaurs, functional morphology, and myological reconstruction in plesiosaurs. He is part of the PaleoAngola project, an international collaborative endeavor that aims to study and collect the vast Angolan paleontological heritage. Ricardo is also a co-leader of the PalNiassa project, a Portuguese-Mozambican cooperation that aims to trigger research and increase dynamism in Mozambican academia, by means of an invaluably important, diverse and undiscovered fossil record. Ricardo also actively collaborates with the Museu da Lourinhã, Portugal, on dinosaur eggs and embryos. 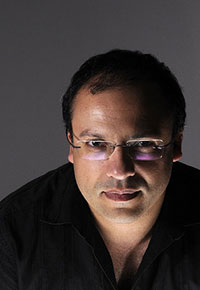 Fernando J.S. Correia (Portugal) is a biologist holding a MS degree in Animal Ecology. He is specialized in Scientific Illustration and Communication. Correia is an Assistant Lecturer in the Department of Biology at the University of Aveiro, he was responsible for the re-introduction of Scientific Illustration discipline in the Portuguese University-level Education. He was also a pioneer in digital techniques applicable to the scientific illustration field in Portugal (1998). Correia is currently the head of the Scientific Illustration Laboratory where he teaches and is responsible for the overall coordination of the Training Course in Scientific Illustration and the Exhibition ExpoDBIO Gallery. He is responsible for more than 75 intensive Science Illustration courses (Portugal and abroad), and was co-founder and first President of GNSI (Guild of Natural Science Illustrators) Chapter - Portugal. He has written more than 85 publications as single authorship including "Mealhada - natures unique" (2011) and "Paleoart - fossils that come to life" (2012) and 30 as co-author, including articles and books, both national and international editions. Correia is an active member of the Association Européenne des Illustrateurs Médicaux et Scientifiques AEIMS (Europe) and the Guild of Natural Science Illustrators / GNSI (USA). He was one of four Portuguese invited to participate in the renowned book "The Guild Handbook of Scientific Illustration" (Elaine Hodges, 2nd ed., 2003).
Correia has participated in more than 70 exhibitions worldwide. His artwork has been honored with several awards and has been part of private and institutional collections worldwide. To view more of his work, visit www.efecorreia-artstudio.com and www.ilustracao-cientifica-uaveiro.com/