Stylohyal of a giant sloth: Authors 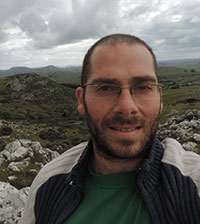 Sebastián is a paleontologist in the Section of Paleontology at Universidad de la República. He completed his Master degree in Zoology in 2013 working on the paleoneurology of glyptodonts and ground sloths. Currently is a Ph.D. student at Universidad de la República. His research interest focuses on the anatomy, paleobiology and biomechanic of Pleistocene xenarthrans, he is also interested in the use of digitizing techniques (CT scans, structured light scanning, photogrammetry) as a tool for investigation and communication of science. 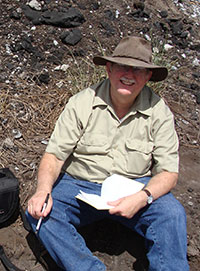 Greg's research interests include the paleoecology, biogeography, systematics and evolution of fossil xenarthrans in both North and South America. He also works with other North American Pleistocene mammals looking at the relationship between their paleoecology and possible causes for their extinction. 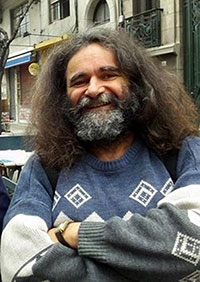 Richard is a paleontologist in the Section of Paleontology at Universidad de la República. His research focuses in the paleobiology, paleoecology, biomechanics and extinction of South American vertebrates, particularly, the large ones. As a researcher, he likes to be cautiously daring. Sometimes he achieves it. He enjoys writing scientific papers, as well as popular books. He also performed and directed science documentaries.