FIGURE 1. Raup’s definition of the shell dimensions on which the equations for parameters W, D and T are derived. Based on Raup (1966). 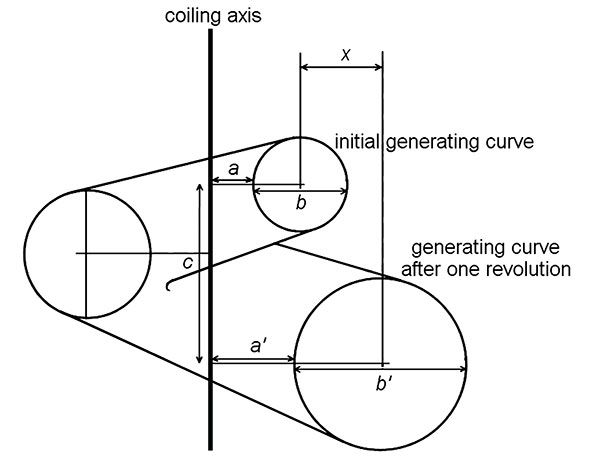 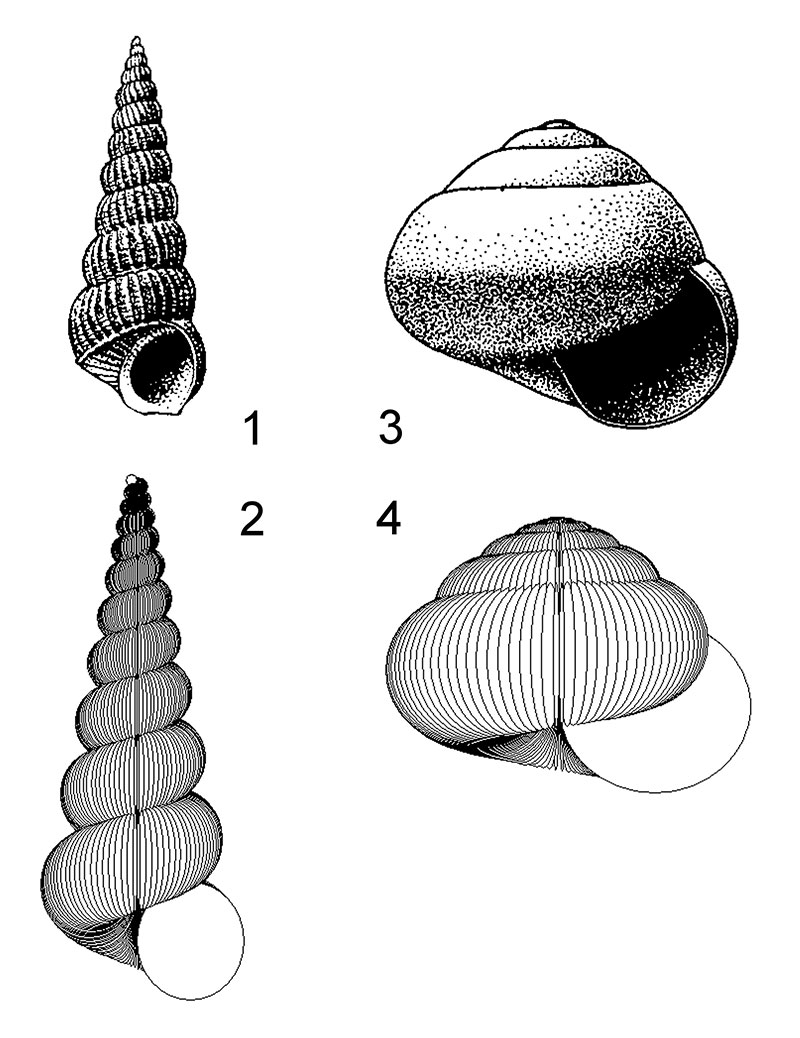 FIGURE 3. Modes of heterochronic change. The central simulation has parameters W0 =2.5, ΔW =-0.12, D =0, S =0.8, T’0 =0.4, ΔT’ =0.06, and has six whorls. The other four simulations show the result of one increment of each mode of heterochronic change. The two forms on the left are paedomorphic; the forms on the right are peramorphic. Note that in this case neoteny results in larger size as the ontogenetic decline in whorl expansion is reduced, and acceleration results in a smaller size for the converse reason. 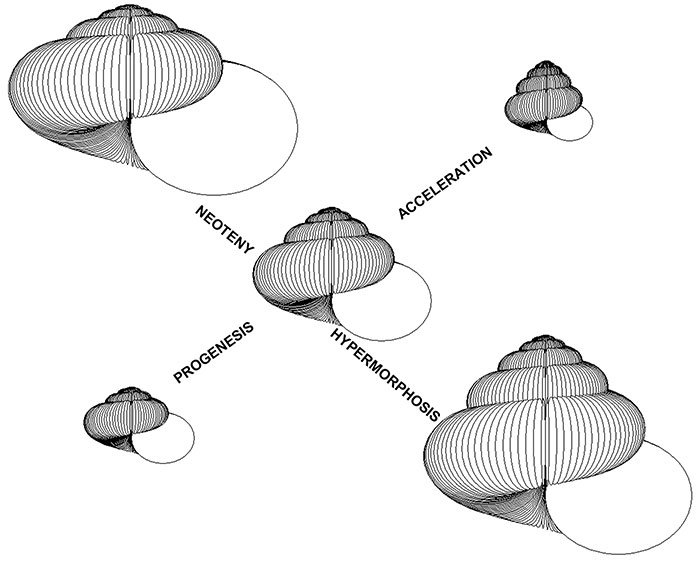 FIGURE 4. Heterochronic modelling experiment 1. The “ancestor” on the left has parameters W0 =2.5, ΔW =-0.1, D =0, S =1, T’0 =0, ΔT’ =0.15, and has seven whorls. It has a general shape that is common in gastropods, and especially amongst the subclass Pulmonata. The central simulation is derived from this by one increment of acceleration (relative scale x 1.5) and the simulation on the right by two increments of acceleration (relative scale x 2). The incipient reduction in whorl diameter and incipient loss of whorl-to-whorl contact is typical of some Pulmonata, such as Family Chondrinidae. Note that if Raup’s T were used, incipient reduction in whorl diameter ( W <1) would lead to reversal of the translation direction, which is nonsensical; using T ’, this is not the case.

FIGURE 5. Heterochronic modelling experiment 2. The “ancestor” on the left has parameters W0 =1.1, ΔW =0.05, D =0, S =2.3, T’0 =2, ΔT’ =-0.03, and has 10 whorls. It has a form, including the slightly concave profile of the spire, which is similar to some members of the Family Volutidae. The next simulations are “descendants” derived from this by successive increments of acceleration (relative scales x 0.5, x 0.225, x 0.0875, respectively). All of these have parallels in the Volutidae, with the final form resembling the giant volutids in the genus Melo. The observation that the simulation predicts the large size of the final form supports the heterochronic hypothesis in the evolution of these gastropods.

FIGURE 6. Heterochronic modelling experiment 3. The “ancestor” on the left has parameters W0 =2, ΔW =-0.05, D =0, S =0.9, T’0 =0.2, ΔT’ =0.07, and has eight whorls. As in Figure 4, this is a common general type of gastropod shell shape. The central simulation is a “descendant” derived from this by two increments of neoteny (relative scale x 0.5); the simulation on the right has resulted from two further increments of neoteny (relative scale x 0.39). All three simulations have analogues in the Family Helicidae of the Pulmonata, and this result constitutes a hypothesis for the possible heterochronic evolution of forms with flattened spires (depressed and sub-planispiral).