TABLE 1. Comparisons of non-coded characteristics between the two species of Tenontosaurus from their originally described ranges (T. tilletti from Montana, USA and T. dossi from Texas, USA) and specimens of T. tilletti from the Antlers Formation of Oklahoma. Short descriptors of each characteristic are listed in the first column, and explanations of those characteristics from Tenontosaurus specimens in each of the three known ranges are listed in the second through fourth columns. A short interpretation is included in the fifth column with additional information. Cells colored in blue represent commonalities between one or both of the known Tenontosaurus species with individuals from the Antlers Formation, cells colored in yellow represent differences, and cells colored in red represent unknowns. This table is based off of observations from Ostrom (1970), Forster (1990), and Winkler et al. (1997), as well as personal observations made by the author. 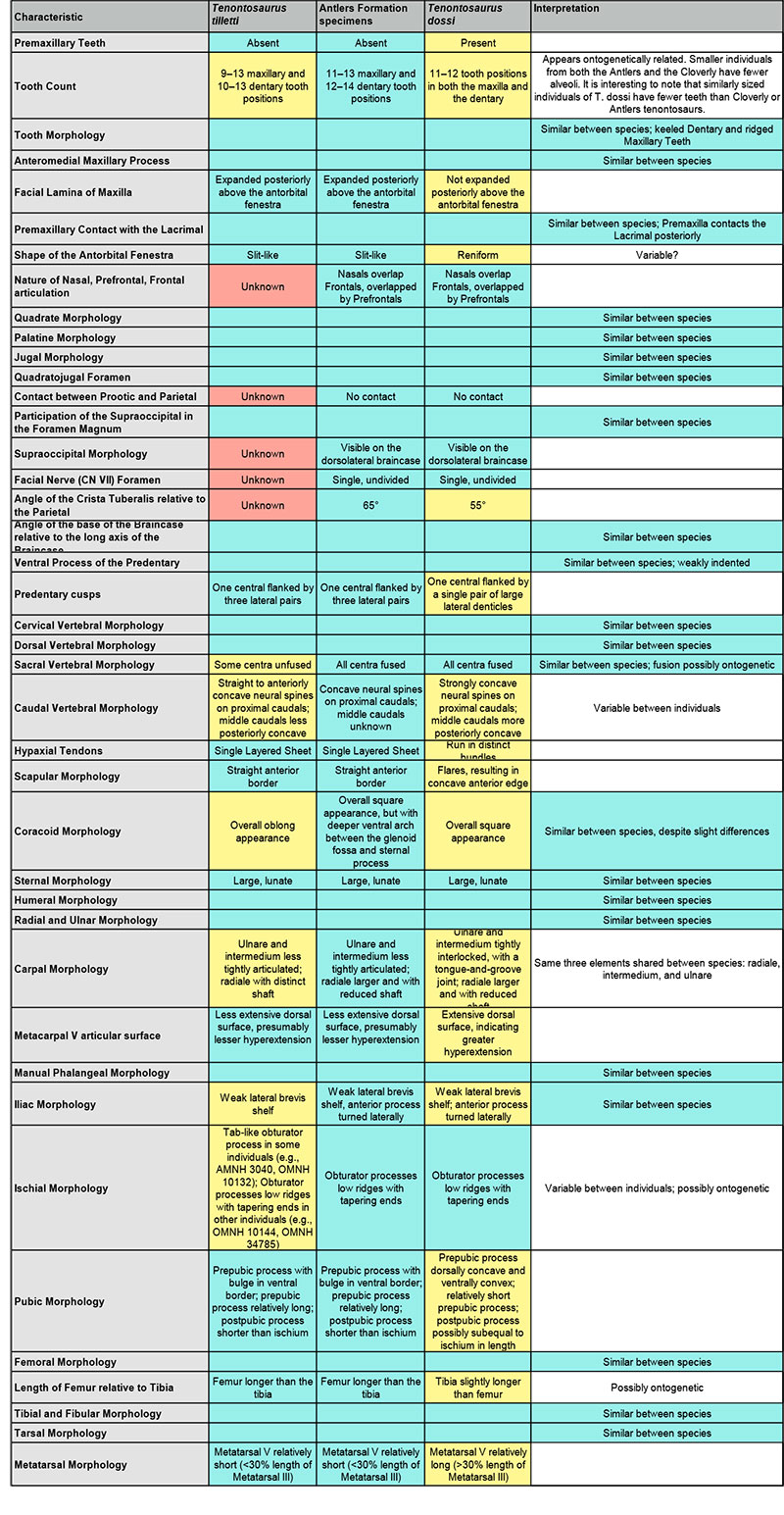