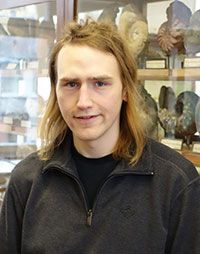 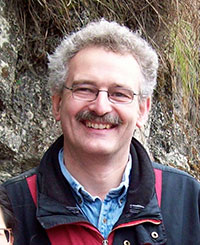 P. Martin Sander is Professor at the Steinmann Institute of the University of Bonn and has been curator of its Goldfuß Museum for over 10 years. After his undergraduate work at the University of Freiburg in Germany, Dr. Sander obtained a Master's degree at the University of Texas at Austin in 1984 and a Ph.D. from the University of Zurich, Switzerland, in 1989. Since then, he has divided his research interests between the more traditional work in paleontology such as excavating and studying Triassic marine reptiles around the globe, and a more biological approach to extinct vertebrates, using the microstructure of fossil bone as a clue to life history and evolution. A spectacular application was the proof that dinosaurs were subject to island dwarfing. In 2004, Dr. Sander was able to obtain major funding from the German Research Foundation (DFG) for the study of this topic and since then has headed DFG Research Unit 533 "Biology of the Sauropod Dinosaurs: The Evolution of Gigantism". Since 1987, Dr. Sander has authored numerous scientifc papers and books on his research and since 1995 has trained many graduate students at the University of Bonn. 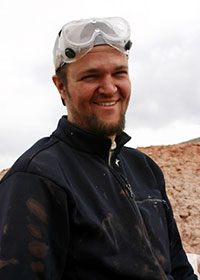 Nils Knötschke is the chief-preparator and scientific advisor of the Dinosaur Open Air Museum Münchehagen in Germany. This dinosaur park is arranged around a Natural Monument that protects more than 250 Cretaceous dinosaur tracks. Since 1999, Nils is leading excavations and the preparation of several dinosaur track sites and Jurassic vertebrates from the Langenberg Quarry with a special focus on the dwarfed sauropod dinosaur Europasaurus holgeri. His research interests are centered around the Europasaurus bones. Nils is also working on new preparation techniques and excavation methods. 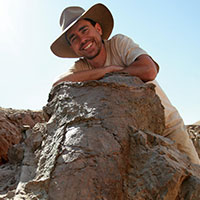 Oliver Wings started his research career in Solnhofen, Germany: for his Diplom thesis at the University of Erlangen-Nuremberg, he studied the first and only hardground known from the plattenkalks. After that he joined the vertebrate paleontology research group at the University of Bonn, studying gastroliths (stomach stones) in dinosaurs and extant birds for his dissertation. In the following years, he worked at several German institutions, such as the University of Tübingen, where he carried out research in Xinjiang, NW China, or the Museum of Natural History in Berlin, where he worked as acting curator for the fossil archosaur collections. He currently leads the Europasaurus Research Project at the State Museum Hannover on dwarfed sauropod dinosaurs and contemporaneous tetrapods from the Langenberg Quarry near Goslar. His other research interests include Jurassic vertebrates from China and Germany, paleobiology of archosaurs, vertebrate taphonomy, dinosaur trackways, and bone diagenesis.