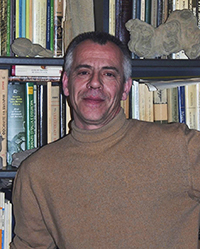 Luca Bertolaso is a factory worker with a never dimmed passion for palaeontology, particularly for systematics and palaeoecology. His special interest is in Neogene deep-water molluscs, mainly from the Mediterranean area. 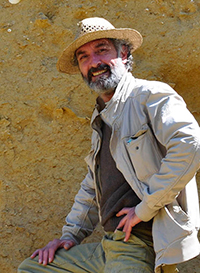 Vittorio is a Ph.D. palaeontologist with special interest in Cenozoic molluscs. He is always open to various research fields (from foraminifers to dinosaurs!) when involving palaeoecology and palaeo(bio)geography. His main work area is the Mediterranean Sea, going deep to climate and biodiversity changes occurred in this Basin. After working at the University of Palermo and at the Muséum d'Histoire Naturelle (Paris), he co-founded Paleosofia-APEMA, which is engaged in the fields of research, conservancy and education. 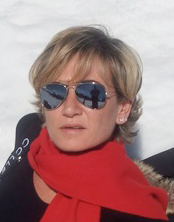 Daniela Parrinello is Researcher in Zoology engaged in teaching courses at the Department of Biological, Chemical and Pharmaceutical Science and Technology, "Animal Biology Section", of the Palermo University. Her main scientific interest concerns the evolutionary biology. Due to her expertise in Scanning Electron Microscopy she contributes in zoological taxonomy studies. 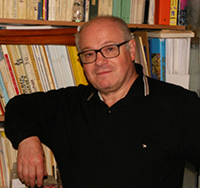 Member of the Italian Society of Malacology since the foundation. His interests are in Cenozoic microshells, mainly from the Mediterranean area, particularly the families Pickwortiidae, Aclidiidae, Marginellidae and Cystiscidae. 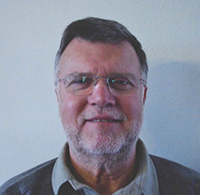 Bruno Dell'Angelo graduated (physics) from the Cagliari University in 1970. His main interest is the systematics of living and fossil worldwide Polyplacophora, mainly from the Mediterranean Sea, Indian Ocean and European Tertiary. President of the Società Italiana of Malacologia from 2004 to 2013.