FIGURE 1. Anuran morphology. 1, Basic anuran anatomy. Inset picture shows an enlarged hindlimb with tubercles located on the base of the pes. 2, Scaphiopus holbrookii on the sediment surface. 3, S. holbrookii burrowing beneath the surface. 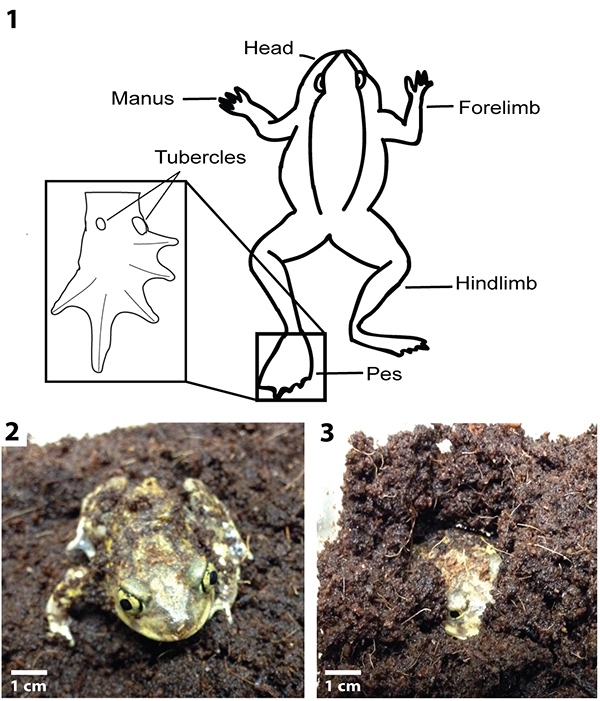 FIGURE 2. Quantitative properties of burrows. 1, Measured properties include maximum depth (D), tunnel and shaft width (w), height (h), and circumference (c), length (L), and slope (S). 2, Complexity (C) is the sum of the number of surface openings (e), segments (s), and chambers (h) of a burrow. 3, Tortuosity is a measure of the average sinuosity of all of the segments of a burrow system. The tortuosity of a single segment is calculated by dividing the length (u) by the straight-line distance (v). Modified from Hembree et al. (2012). 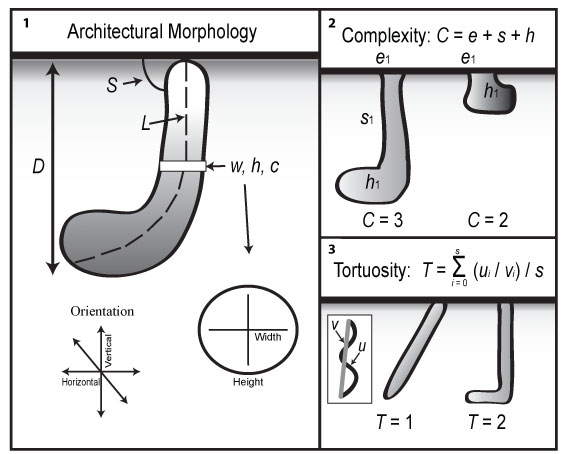 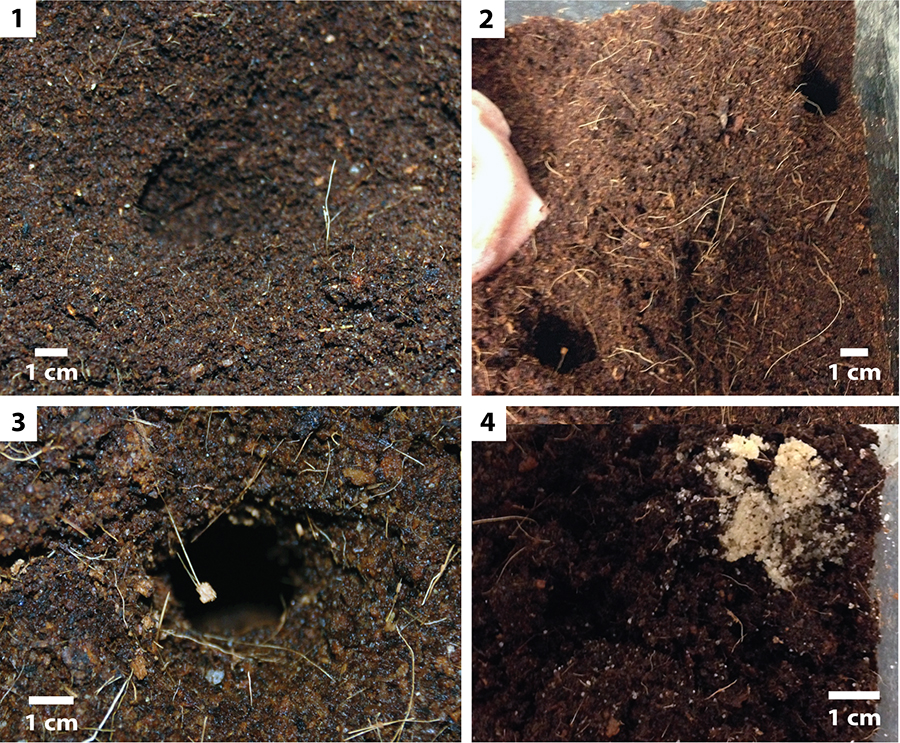 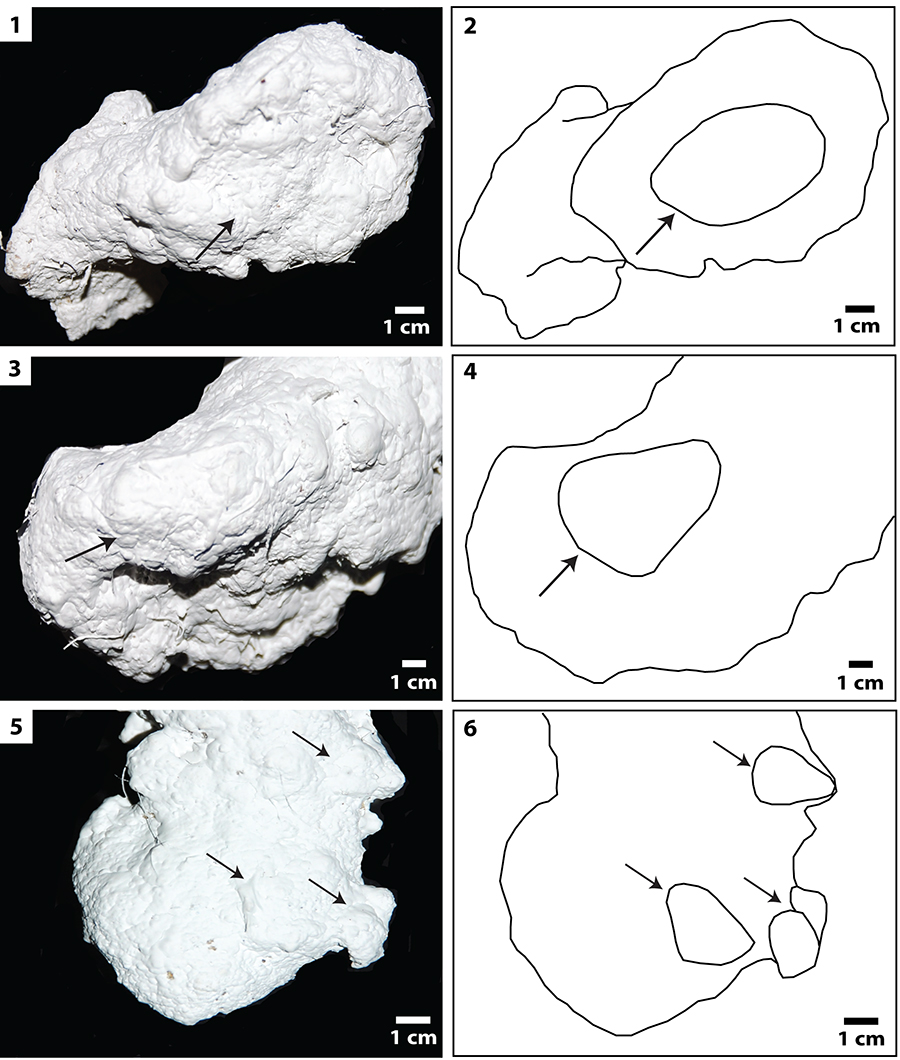 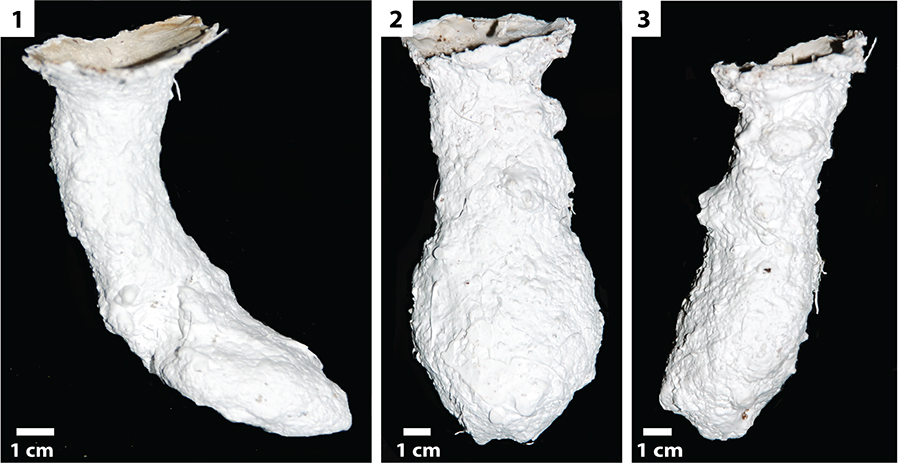 FIGURE 8. Cluster analysis of all burrows produced by Scaphiopus holbrookii. Numbers in yellow circles indicate a major cluster of burrows discussed in the text. The color of the burrow specimen number indicates the architecture of the burrow: red = vertical shafts; orange = subvertical shafts; green = isolated chambers. The similarity values of the clusters are indicated by an arrow and a number. RT = resting trace. 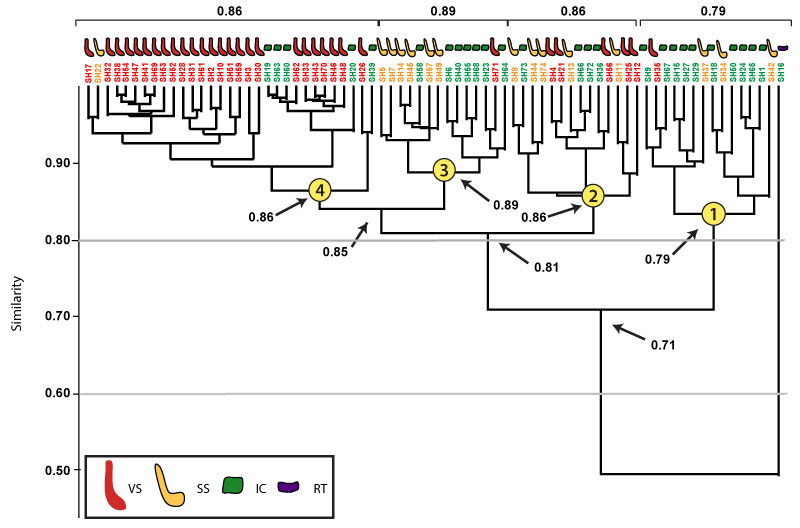 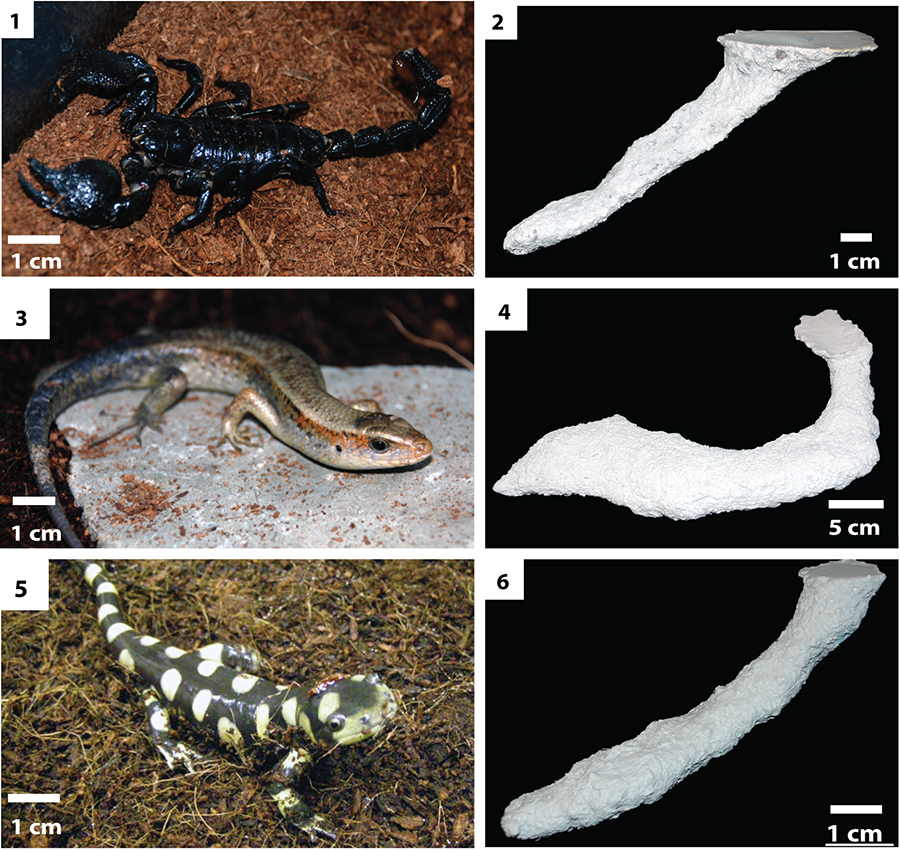 FIGURE 10. Cluster analysis of burrows produced by Scaphiopus holbrookii and Pandinus imperator. Major clusters discussed in the text are denoted with the letter of the cluster in a yellow circle. The color of the burrow specimen number indicates the tracemaker: green = S. holbrookii; red = P. imperator. The similarity values of the clusters are marked with an arrow and a number. 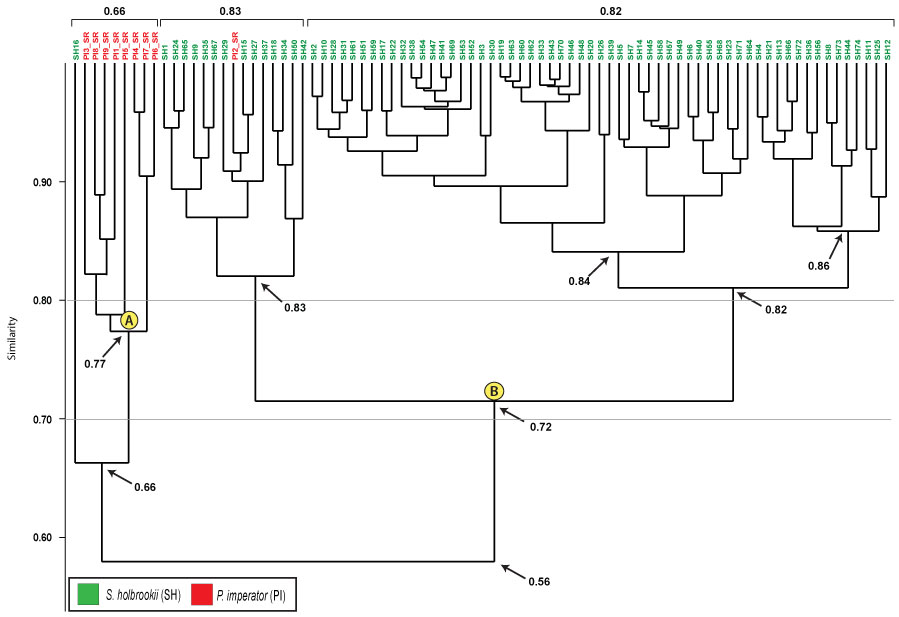 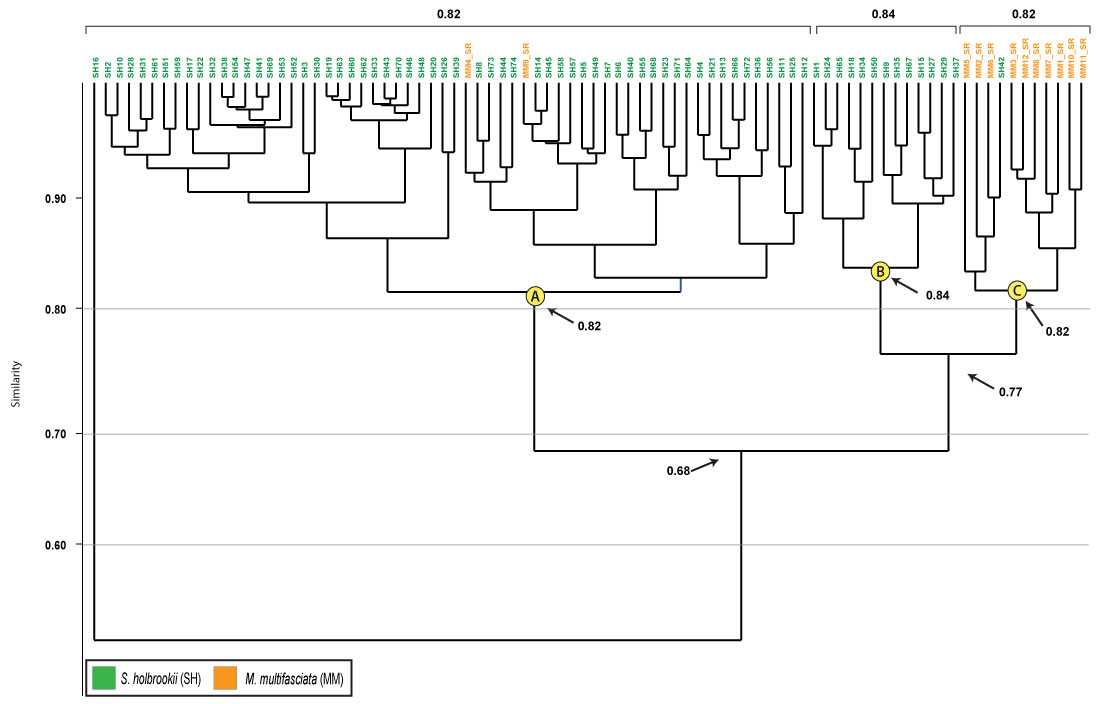 FIGURE 12. Cluster analysis of burrows produced by Scaphiopus holbrookii and A mbystoma tigrinum. The color of the burrow specimen number indicates the tracemaker: purple = A. tigrinum. For additional formatting descriptions refer to Figure 10. 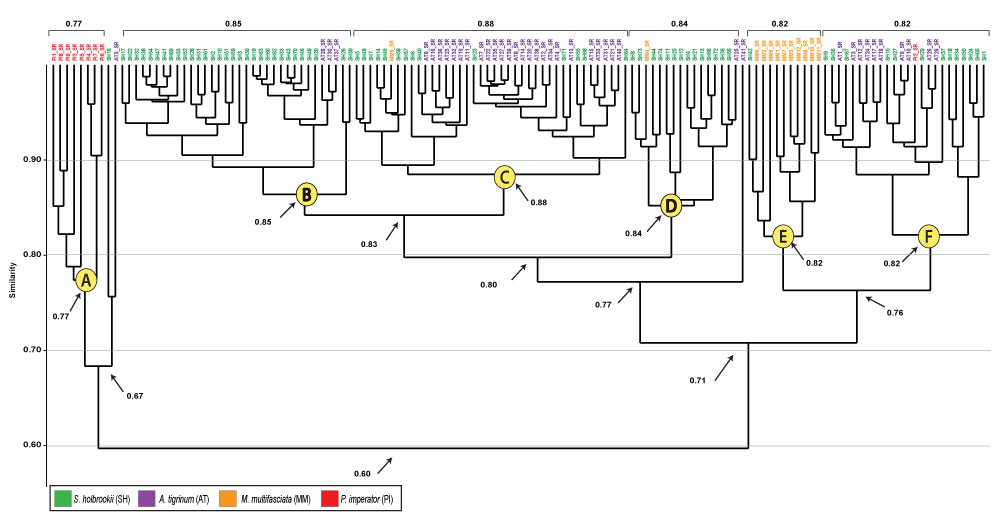 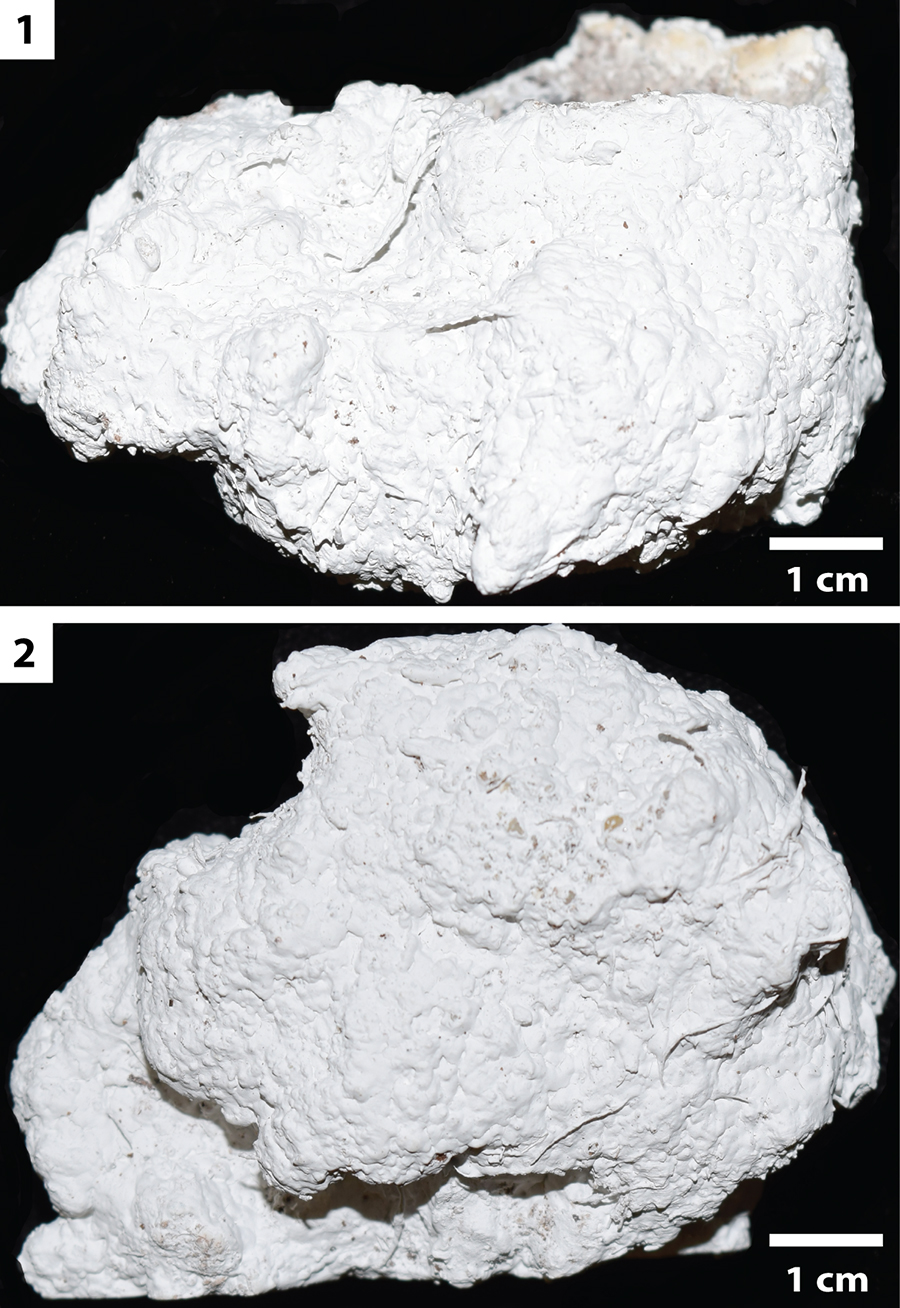