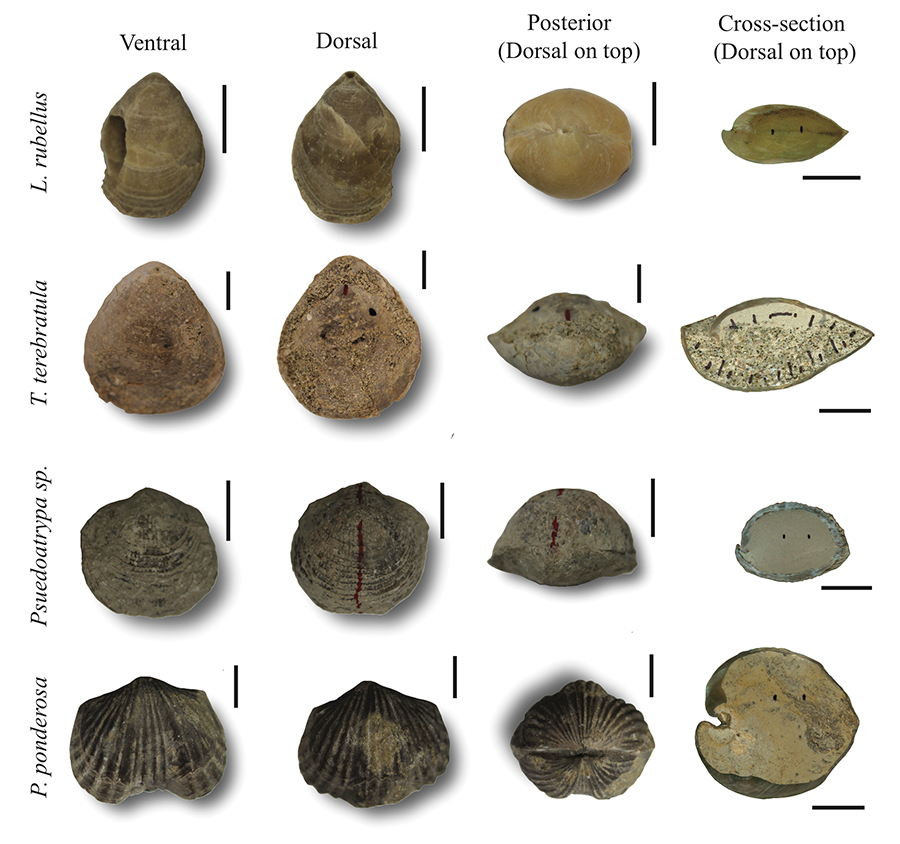 FIGURE 2. Example of a shell sample ( Platystrophia ponderosa) sectioning through the plane of symmetry, producing two identical halves. Both halves were analyzed for their spiral deviations. 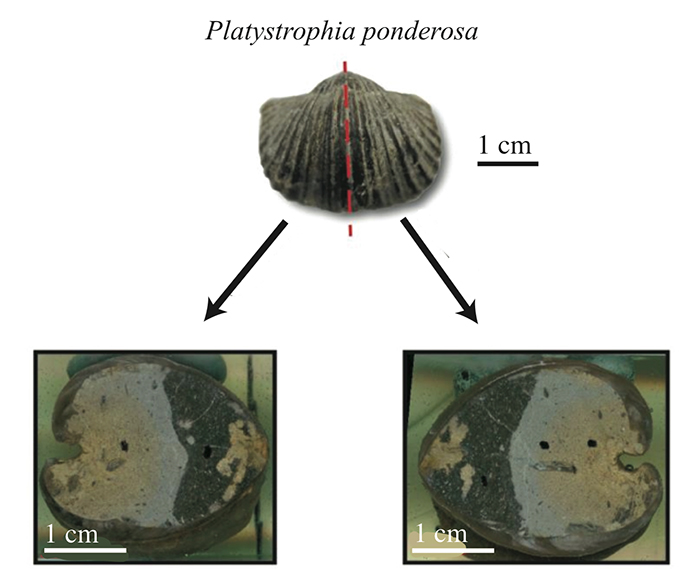 FIGURE 3. Example of shell ( Laqueus rubellus) digitization and spiral fitting. 1, The brachiopod shell was digitized by clicking the outline in an anterior-ward direction, starting at the umbo. 2, The digitized outline was saved as (x,y) coordinates, which were used to plot a biological outline in R. 3, R code was used to fit a perfect logarithmic spiral to the shell outline. 4, The deviations from a perfect spiral were represented in a spiral deviation graph, with green points representing spiral maxima and red points representing spiral minima. 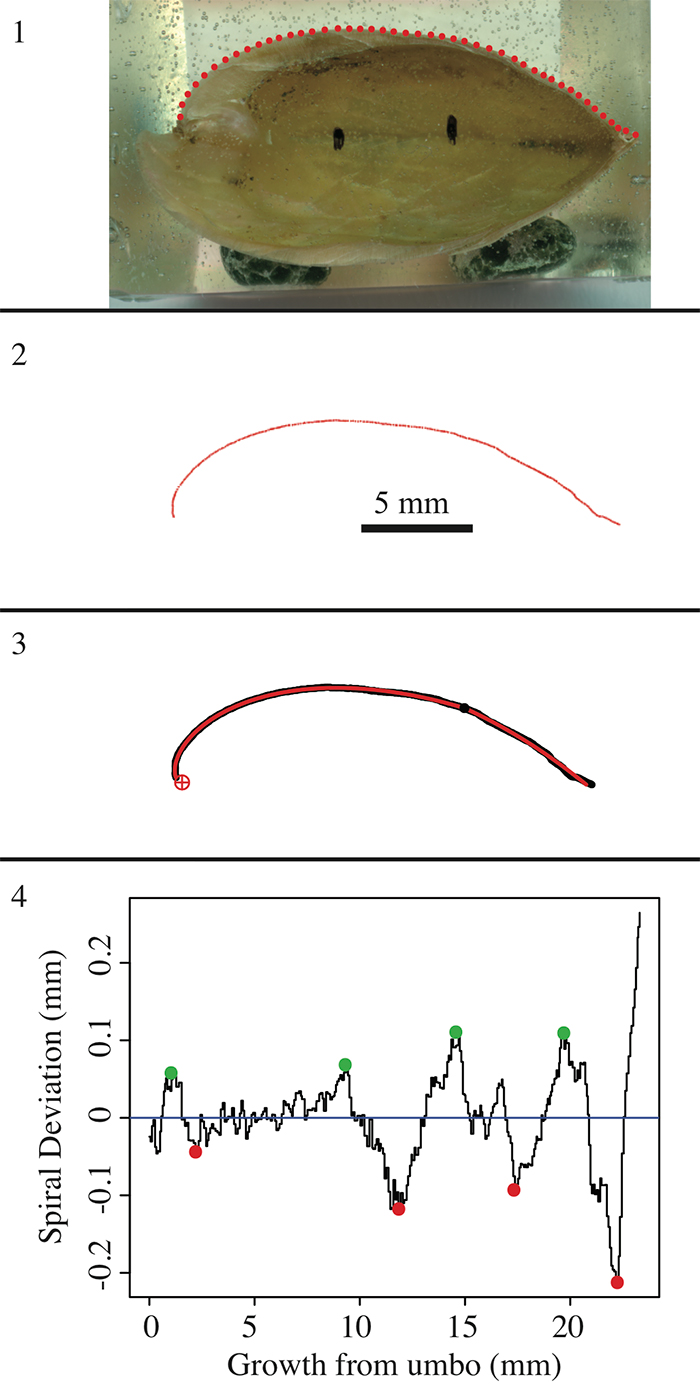 FIGURE 4. Spiral deviations from the dorsal and ventral valves of specimens one ( 1), two ( 2), and three ( 3) of the species Laqueus rubellus . 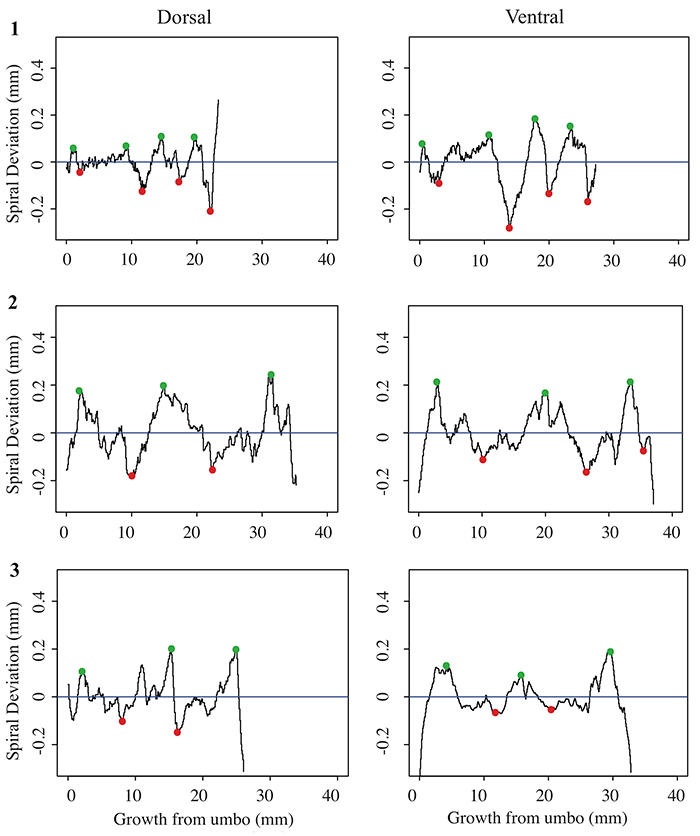 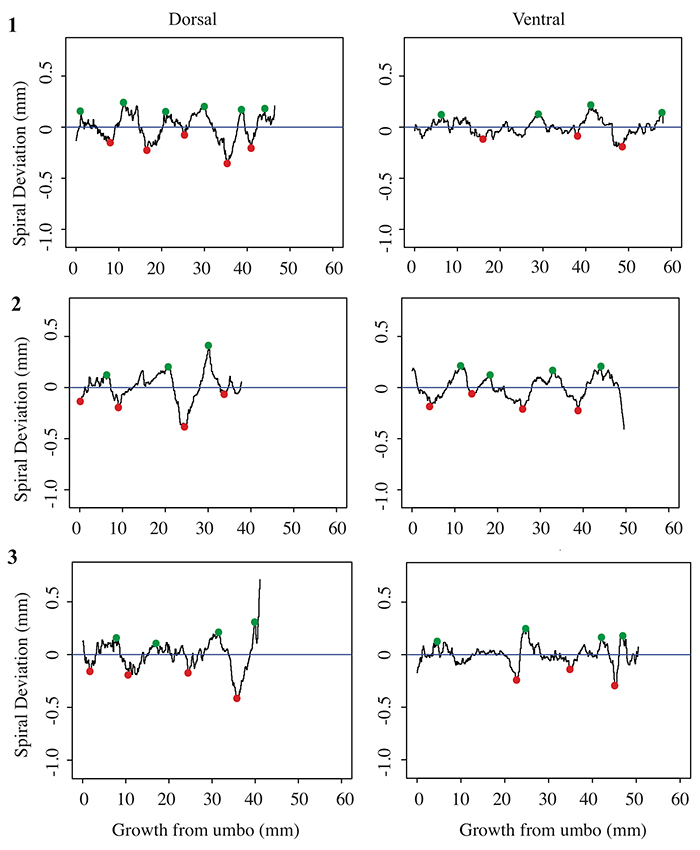 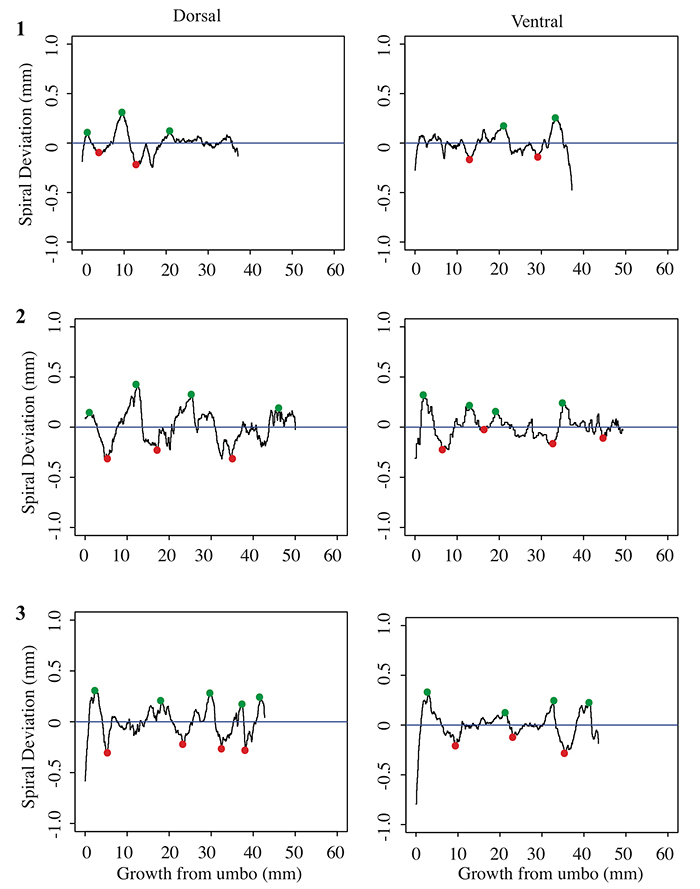 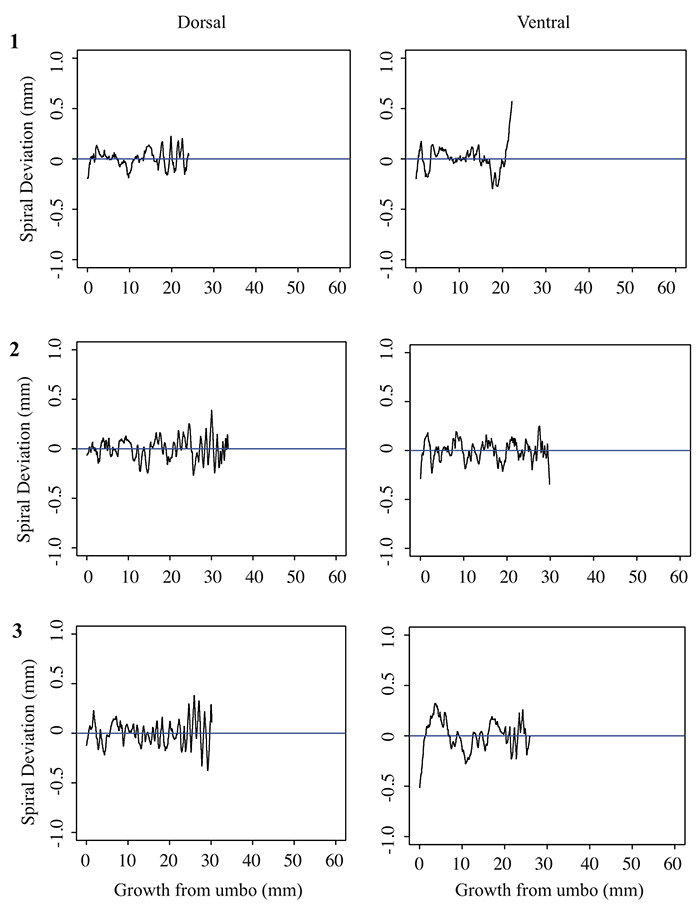 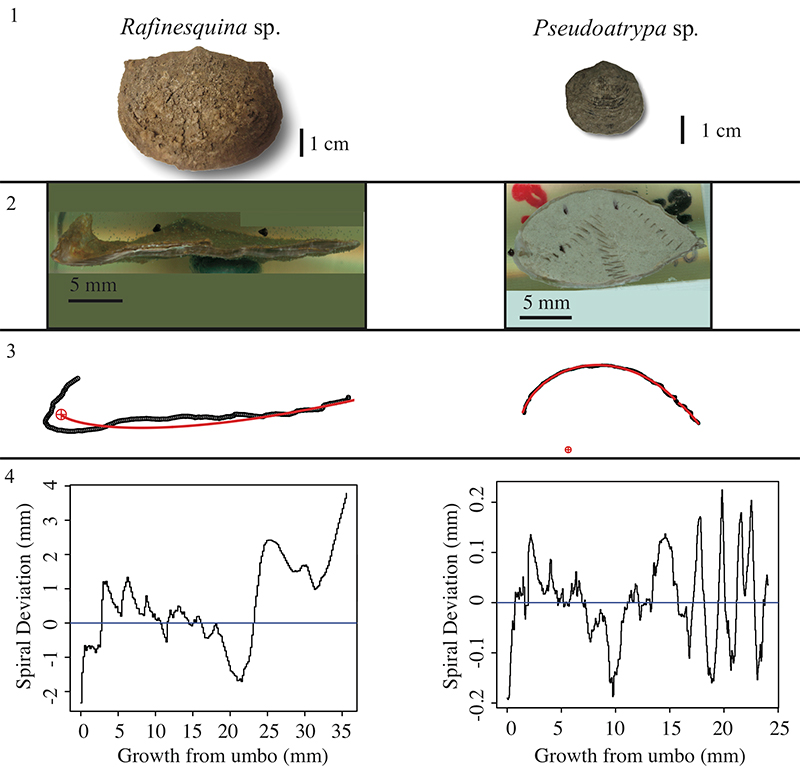 FIGURE 9. Comparison of spiral deviation graphs when the dorsal valve of Terebratula terebratula specimen is fit to one (left) and two (right) spirals. A and B represent locations on the graphs that change drastically when two spirals are fit to the biological outline instead of one. Minimum A becomes more distinct when two spirals are used whereas the opposite occurs for minimum B. 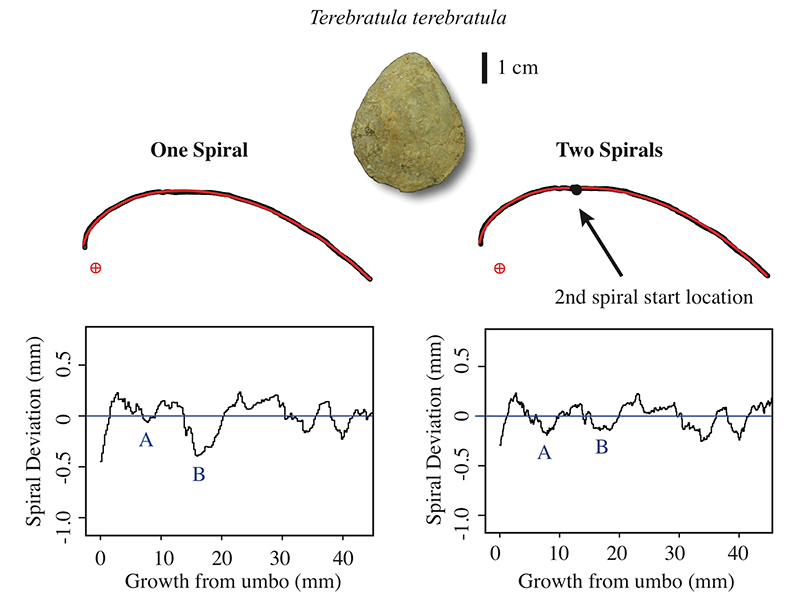