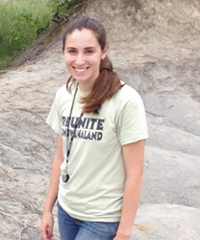 Joanna is a geoscientist working at the Johnson Space Center in Texas, USA. She graduated with a B.A. in geology from The State University of New York at Geneseo in 2013, and with a M.S. in geosciences from The University of Alabama in 2015. For her master's thesis, Joanna studied spiral deviations and chemical proxies as a method of determining ontogenetic ages and paleoseasonality in fossil brachiopods. 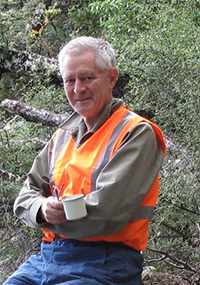 Anthony (Tony) Aldridge is a statistician based in New Zealand. He worked ten years as a government scientist in the Applied Mathematics Division of the New Zealand Department of Scientific & Industrial Research (DSIR), including a paid sabbatical in the Center for Quality and Productivity at the University of Wisconsin (Madison) in 1985-1986. For the past 25 years, Tony has worked as an independent statistician on a range of industrial and biological problems in New Zealand and overseas. His continued research on growth and shape of brachiopods began in 1980 when participating in a DSIR cruise of shallow and deep habitats in New Zealand waters. 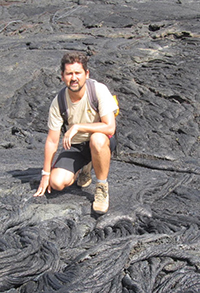 Matías Reolid is a paleontologist from the University of Jaen (Spain). His research is focused in the reconstruction of environmental changes through the study of lithology and ecostratigraphical fluctuations of fossil assemblages, mainly macroinvertebrates and foraminifera. He is PhD from University of Granada, and worked as postdoc in University of Oslo, University of Lyon 1, and University Complutense from Madrid. Other research interest topics are taphonomy, microbialites, and isotopic analysis of microfossil shells. Recently, his main goal is the analysis of geochemical proxies and fossil assemblages for interpreting incidence of Oceanic Anoxic Events of Toarcian and Cenomanian-Turonian boundary with outcrops from Spain, Portugal, Algeria, Morocco, Tunisia, Italy and Siberia. 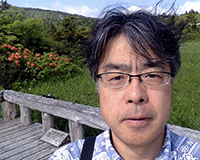 Kazuyoshi (Yoshi) Endo is a molecular paleobiologist working on development and evolution of the shells in lophotrochozoans, such as brachiopods and molluscs. He took his PhD in Glasgow, UK, and worked as an Associate Professor in Tsukuba University, Japan, before moving to the Department of Earth and Planetary Science, University of Tokyo, Japan, where he holds the Chair in Evolutionary Paleobiology. His recent studies include elucidation of genetic basis of the shell spiral growth in snails, proteomic characterization of the shell matrices in brachiopods, and complete sequencing of the Lingula and pearl oyster genomes. 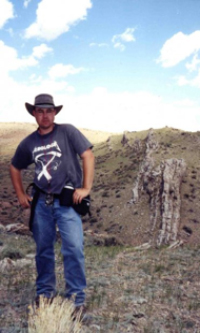 Alberto Pérez-Huerta is an Associate Professor in the Department of Geological Sciences at The University of Alabama (USA) with a research expertise in paleontology and biomineralization. Studied geology at the Universidad de Oviedo (Spain) where he got a B.Sc. in 2000 and continued his studies in paleoecology at the University of Oregon (USA), obtaining a Ph.D. in 2004. After one year working in Thailand (Mahasarakham University), he worked as postdoctoral researcher at the University of Glasgow (UK) until his initial appointment at UA in 2009. His research experience has been focused on the study of biomineralization, biogeochemistry, and (paleo-) ecology of modern and fossil marine invertebrates, in particular brachiopods and mollusks. Recent studies have been centered on the crystallographic analysis of carbonate fossils, geochemical proxies, and developing microscopy techniques for the characterization of biominerals and biomaterials.