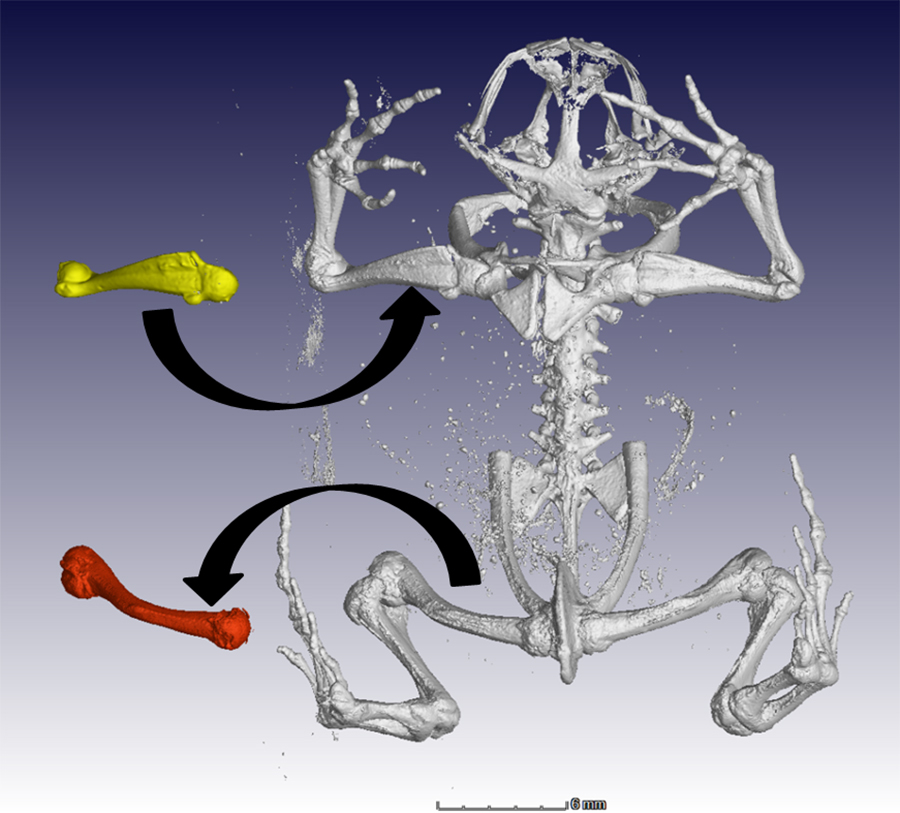 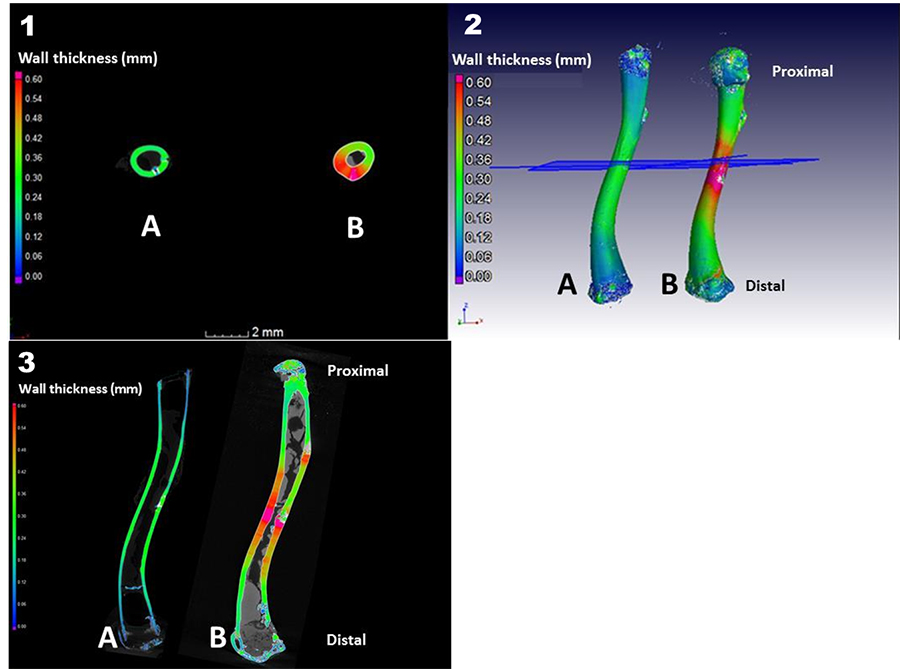 FIGURE 3. Morphological bone-to-bone comparison between the ‘nominal’ male (CP001) and ‘actual’ female (CP002) Xenopus laevis. The differences are colour-coded and show female (CP002) variance relative to the nominal bone of the male (CP001) which is depicted in the figure.