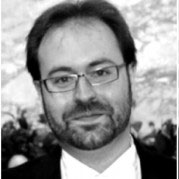 Antonino Briguglio is currently a Senior Lecturer at the Faculty of Science at the University of Brunei Darussalam teaching sedimentology and micropalaeontology in a Petroleum Geology department. He was a lecturer at the Department of Palaeontology at the University of Vienna, Austria and collaborated as a research postdoctoral fellow at the Natural History Museum in the same city. He did his undergraduate degree at the university La Sapienza in Rome, Italy where he became interested in Eocene Larger Benthic Foraminifera. During his PhD he focused on the hydrodynamic behavior of nummulitids. His scientific interests cover mainly integrated biostratigraphy (Cenozoic), systematics, ecology and biology of Larger Benthic Foraminifera. During the last three years he focused his scientific attention on the functional morphology of Larger Foraminifera and he is routinely using computed tomography to investigate growth patterns and strategies of recent and fossil forms. 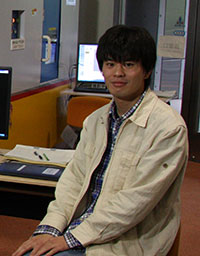 Kinoshita-san is a Ph.D. students currently enrolled in a research project on Larger Benthic Foraminifera from Sesoko Island, Japan. He is very talented in using CT rendering programs to create animations and videos and is routinely using 3D software to study nummulitids. 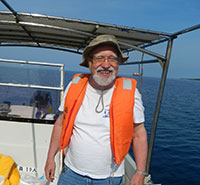 Johann Hohenegger is a retired professor of the Department of Palaeontology at Vienna University, Austria, where he got his undergraduate and postgraduate degrees. His main interests with more than 150 publications are focused on population dynamics, taphonomy and carbonate production of larger foraminifera in the present and past, recognition of species in the present and past based on population genetics, morphogenetic programs and their phylogenetic implication in comparison to molecular genetic trees, democoenoclines and morphocoenoclines along environmental gradients and their importance to decipher paleoenvironmental conditions, integrated stratigraphy in the Neogene of the Paratethys (Central Europe) and spatial distributions on a micro- and macroscale. He started his scientific work on Late Palaeozoic to Early Jurassic foraminifera. In 2012 he was awarded the Grzybowski Award for his life work on benthic foraminiferal ecology. 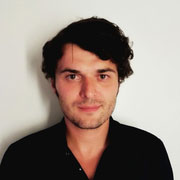