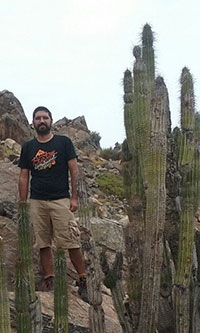 Juan Francisco Araya is a student of Systematics and Biodiversity at the Universidad de Concepción, in Concepción, Chile and is adjunct researcher at the Universidad de Atacama, in northern Chile. He works primarily on the biodiversity and taxonomy of marine and freshwater molluscs from Chile, in particular those from northern Chile. His research interests also include marine macroinvertebrates, paleontology, systematics, and taxonomy. 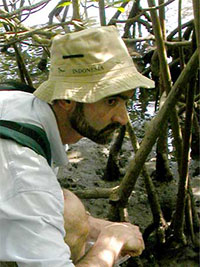 Merit Researcher and Leader of the Marine Mollusc Research Group (NHMUK, London, UK). His research focuses on the systematics and evolution of shallow-water gastropods. Current research interests involve the reconstruction of gastropod phylogenies using both morphological and molecular approaches, and the use of such hypotheses in the study of biogeography and speciation in marine invertebrates, and in the interpretation of the evolution of adaptive morphological characters. For much of this evolutionary work, the gastropod family Littorinidae has been used as a model, having a worldwide distribution, at least a partial fossil record, and showing specialized adaptations to intertidal life. A new project investigates the evolutionary history of ecological associations between gastropods (Potamididae and Littoraria) with the mangrove habitat, integrating the fossil record with molecular phylogenetics. Supervised PhD projects have included worldwide phylogenetic analyses of Patellidae, Bullidae, gibbuline Trochidae and Muricidae. Previous research interests include the ecology of molluscs on coral reefs and the interactions between colour-polymorphic snails and their predators.General taxonomic work has been done on the marine molluscs of Chile.