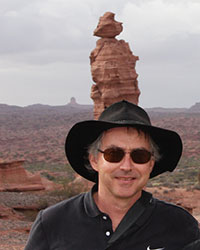 Stephen McLoughlin is a Professor of Palaeobotany in the Department of Palaeobiology at the Swedish Museum of Natural History. He has previously held research and teaching positions in palaeobotany and sedimentology at various institutions in Australia. His main research interests are the late Palaeozoic and Mesozoic floras of the Southern Hemisphere, particularly the systematics, evolution and palaeobiology of glossopterids and seed-ferns, and plant-animal interactions. 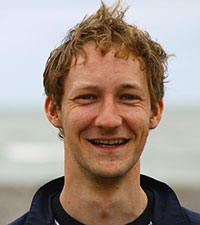 Benjamin Bomfleur is a researcher in Palaeobiology at the Swedish Museum of Natural History in Stockholm, Sweden. His research focus lies in studying the biology, ecology, and evolution of Mesozoic plants and vegetation, with special emphasis on Antarctica and past Polar ecosystems. However, his general interest in anything unusual has led him to work on a wide variety of subjects and fossil curiosities, including Jurassic fern chromosomes, a fossilized "bell-animal", and 50-million-year-old leech sperm. 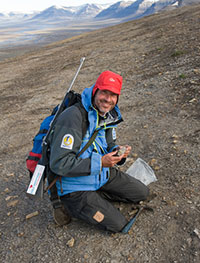 Thomas Mörs is a Researcher and Senior curator at the Swedish Museum of Natural History in Stockholm. At the Department of Palaeobiology he is responsible for the curation of fossil vertebrates. Additionally, he is Adjunct professor for Historical Geology and Palaeontology at the University of Uppsala. His main research interests are the evolution, systematics, biogeography and palaeoecology of Cenozoic rodents of the Northern Hemisphere. His interest in Polar Palaeontology has resulted in six expeditions to Svalbard and Antarctica. 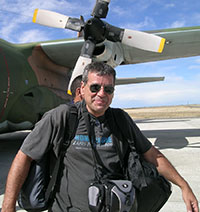 Marcelo A. Reguero is a Curator in the Division of Vertebrate Palaeontology at the Natural History Museum in La Plata. He is a researcher at the Argentine National Council of Science and Technology (CONICET). His main research interests are the evolution, systematics, palaeoecology and biogeography of Cenozoic mammals of South America and Antarctica. As a scientific coordinator at the Argentine Antarctic Institute (IAA) he has, for many years, organized expeditions to the Antarctic Peninsula with a focus on vertebrate palaeontology, and has been involved in more than 35 campaigns in Antarctica.