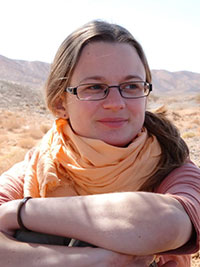 Linda Frey is a doctoral student at the Paläontologisches Institut und Museum in Zürich, Switzerland. She is interested in diversity changes and palaeoecology and she mainly works on Devonian invertebrates and fishes, currently focusing on chondrichthyans.
She received a MSc of Science in Biology with a specialisation in Palaeontology from the University of Zürich in 2013. 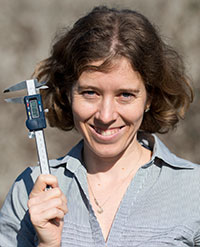 Erin Maxwell is a vertebrate paleontologist at the Staatliches Museum für Naturkunde in Stuttgart, Germany. Her research focuses on understanding body plan evolution and ecomorphology in Mesozoic fishes and marine reptiles.
She received a BSc in Evolutionary Biology from the University of Alberta, and a PhD from McGill University in 2008. 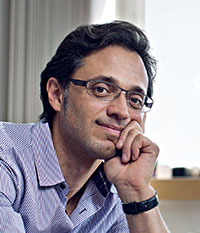 Marcelo R. Sánchez-Villagra is Associate Professor of Palaeobiology at the University of Zürich. A native from Buenos Aires, he studied Biology in Caracas and obtained a PhD at Duke University and the Habilitation in Zoology from the University of Tübingen. After being Researcher at the Natural History Museum in London, he moved to Zürich and started the 'Evolutionary Morphology and Palaeobiology of Vertebrates' research group. He published Embryos in Deep Time (2012), which deals with much of his past research interest, the development and palaeobiology of vertebrate animals. He regularly leads collaborative field palaeontological work in Venezuela and he is currently working on the evo-devo of mammalian domestication.