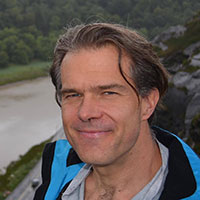 Oliver Rauhut mainly works on dinosaur anatomy and evolution, but is interested in everything to do with Mesozoic, and especially Jurassic, terrestrial ecosystems. He got a diploma from the Free University of Berlin in 1995 and a PhD from the University of Bristol in 2000. As postdoc at the Museo Paleontológico Egidio Feruglio in Trelew, Argentina, he initiated an extensive fiedlwork project in Jurassic rocks of Chubut Province, Argentina, which has yielded abundant new data on Jurassic terrestrial ecosystmens in South America. Since taking on the job as curator of lower vertebrates at the Bavarian State Collection for Palaeontology in Munich in 2004, he has increasingly also worked on Jurassic vertebrates from Germany. Since 2007 he furthemore holds a post as adjunct professor at the Ludwig-Maximilians-University in Munich. 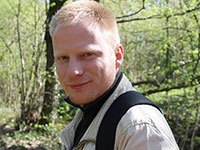 Tom Hübner got his Diploma from the University of Leipzig in 2005 and finished his PhD at the Ludwig-Maximilians-University in Munich in 2011. He is mainly interested in the biology and evolution of dinosaurs, especially ornithopods. He focuses his work on the growth, life history, and ecology of this group by studying their anatomy, bone histology, and taphonomy. The comparison with modern animals, especially large mammals, is an important aspect of his work. In addition, he is also interested in the evolution of terrestrial ecosystems during the Mesozoic, especially the Jurassic. A minor part of the research of Tom Hübner is also the study of elasmobranch teeth of various ages. In recent years, he was involved in exhibition projects for the Senckenberg Naturhistorische Sammlungen Dresden, the LWL-Museum für Naturkunde in Münster, and currently for the Palaeon - Forschungs- und Erlebniszentrum Schoeninger Speere. 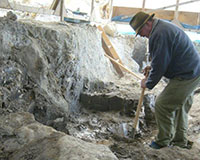 Klaus Peter Lanser, born 1947, studied at the University of Cologne and finished his PhD there in 1983. Topic of his thesis were ice-age mammals from the younger terraces of the lower rhine valley. Since 1979, he he worked as scientific assistant at the Ruhrlandmuseum in Essen. In 1985, he moved to become researcher in charge of geological and palaeontological patrimony at the LWL Museum für Naturkunde in Münster, until his retirement in January 31st, 2016. He is currently still carrying out excavations in Lower Cretaceous fissure fills in Devonian limestones at Balve, Hönnetal, which he initiated in 2002. Apart from the reptiles and mammals found in this excavation, he is also interested in Middle and Late Jurassic dinosaurs, especially from localities in Westphalia. He furthermore also works on elephants, hippos and rhinoceroses of the Late Pliocene and Early Pleistocene of Westphalia.