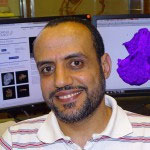 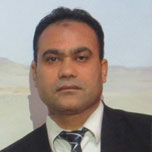 Afifi received his masters from Al-Azhar University, Egypt in 2010 and completed his PhD in 2016 at the same university. He is currently the Head of the Paleontology Department at the Egyptian Geological Museum, Egypt. Afifi's current research focuses on the evolution and relationships of Paleogene anthracotheriids from the Fayum Depression, Egypt. Afifi has led and been involved in numerous vertebrate paleontological expeditions with Duke University in the Fayum Depression; Michigan University in Wadi Hitan and Pennsylvania University in the Bahariya Oasis of Egypt. He also conducted field work on the Upper Cretaceous deposits. 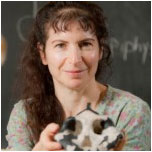 Ellen R. Miller is a Biological Anthropologist specializing in African Paleoanthropology. Ellen received her PhD from Washington University (Saint Louis) in 1996. She is currently Professor of Anthropology at Wake Forest University in Winston-Salem, North Carolina. Ellen's major research focus revolves around the origin and subsequent radiation of Old World Monkeys (Cercopithecoidea) as documented in the fossil record. She also is engaged in study of the transition of archaic to modern African faunas as well exploring the primate context from within which humans arose. She is an active field paleontologists who has led many expeditions to Africa, in particular to Egypt and Kenya. Ellen conducted her PhD field research at the early Miocene site of Wadi Moghra in Egypt where she studied the mammalian fauna associated with the early cercopithecoid Prohylobates tandyi. Currently Ellen is leading the excavation and study of the early Miocene faunal assemblage at Buluk in the Turkana Basin in northern Kenya. 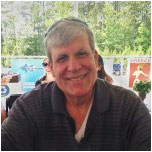 Gregg F. Gunnell is a Paleomammalogist and Biological Anthropologist specializing in North American, African, and Asian Cenozoic mammal evolution. Gregg received his PhD from the University of Michigan in 1986. He is currently Director of the Division of Fossil Primates at the Duke Lemur Center in Durham, North Carolina. He is also a Research Associate in the Division of Vertebrate Zoology at the American Museum of Natural History (New York City) and a Resource Associate Professor of Anthropology at the City University of New York (CUNY). Gregg's research focuses on the origination, diversification and biogeography of modern groups of mammals. His fieldwork and research activities have taken him to Asia (Pakistan, Kazakhstan, Indonesia, Myanmar, & India), Africa (Tanzania, Egypt, & Kenya), Europe (Belgium, United Kingdom, Germany, Czech Republic, & France), Australia and North America (USA & Mexico). He has studied the fossil record of many mammalian groups including primates, insectivorans, carnivores, and artiodactyls, as well as several wholly extinct groups. Much of his current research focuses on the origin of modern bats and their diversification across the globe. He serves as series editor for Cambridge University Press, Studies in Morphology and Molecules, has edited three books and has published over 100 scholarly papers on his research results.