André Nel obtained his PhD in 1991 from the University of Reims (France) working on the use of fossil insects in systematics, phylogeny and reconstructions of palaeoenvironments. As Maître de Conférence and Professor at the MNHN since 1993, he developed his studies on fossil insects on numerous orders, but especially on Odonata. He published ca. 550 papers on the subjects between 1983 and 2016. 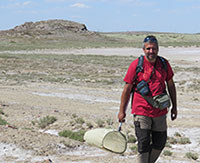 Nikolay Simov is a curator of Hemiptera at National Museum of Natural History, Sofia, Bulgaria. He works primarily on the biodiversity and taxonomy of Heteroptera, in particular those from Balkan Peninsula. His research interests also include paleontology, systematics, taxonomy, speleology and species conservation of dragonflies. 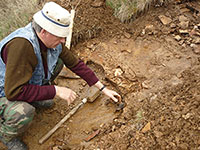 Vladimir Bozukov is an assistant professor at Department of Paleobotany and Palynology of IBER-BAS. He works on the morphology and taxonomy of Tertiary plants established by macrofossils. His research interests also include paleoecology, paleoclimatology and stratigraphy. He published ca. 50 papers on the subjects between 1995 and 2016. 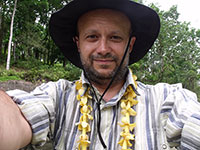 Milen Marinov obtained his PhD in 2003 from the Institute of Zoology, Bulgarian Academy of Sciences. At present he is entomologist at the Ministry for Primary Industries, New Zealand. He works on the taxonomy, fauna and biogeography of the Pacific Odonata.