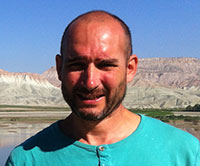 Grégoire MÉTAIS is a vertebrate paleontologist interested in how complex interactions among climate, tectonics, and other physical components of the Earth's environment impact the course of biotic evolution. He completed his PhD at the University of Montpellier, and he is, since 2008, CNRS researcher at the National Museum of Natural History, Paris. His work is primarily dedicated to ungulate mammals' systematic, phylogeny and historical biogeography, but also to the biostratigraphy as well as the sedimentary environments of terrestrial deposits. His fieldwork focuses on the Indo-Pakistan Subcontinent, and the Northern margin of the former Neothethys Ocean, from the Levant to Southeast Asia. 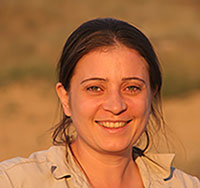 Ebru ALBAYRAK is a vertebrate paleontologist primarily devoted to Proboscideans. She completed her undergraduate training and her PhD at Hacettepe University Department of Biology in Ankara. She was a research assistant at the same department. Her work primarily focuses on: 1) the evolution of elephantids, especially the primitive groups, 2) migration of elephantids out of Africa, 3) past distribution of Asian elephant. 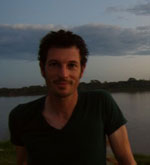 Pierre-Olivier ANTOINE is a vertebrate paleontologist primarily devoted to Cenozoic mammal evolution, phylogeny, and spatiotemporal distribution. He completed his undergraduate training at the University of Toulouse and his PhD at the Muséum National d'Histoire Naturelle in Paris. He was Post-doctorate fellow at the University of Montpellier and Assistant Professor in the University of Toulouse. His research combines phylogenetic analyses and fieldwork in remote areas such as Balochistan, Peruvian Amazonia, and the Andean Altiplano. Major focuses of his research are: i) Cenozoic stratigraphy, biochronology, and palaeogeography of Eurasia; ii) evolution of megaherbivores (anatomy, systematics, phylogeny, and biochronology), with respect to palaeoenvironmental changes and Cenozoic geodynamics; iii) Cenozoic Evolution of western Amazonian ecosystems and biodiversity, with respect to Andean geodynamics. Outside interests include running (marathon) and drumming (in punk rock and hardcore bands). 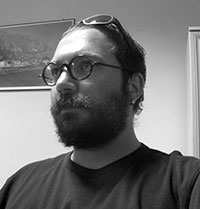 Ozan ERDAL is currently a PhD student who focused on systematics, phylogeny and biostratigraphy of small mammals (mainly rodents) from the late Neogene and Quaternary of some basins formed along the North Anatolian Fault Zone. Formerly, he completed his undergraduate studies on biology at Uludag University (Bursa, Turkey) and he had his master degree on vertebrate palaeontology at University of Montpellier (France). He studied systematics, phylogeny and paleobiogeography of Palaeoamasia (Embrithopoda, Mammalia) from the Eocene of Turkey. 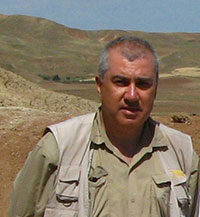 Levent KARADENIZLI is Associated Professor and geologist at the General Directorate of Mineral Research and Exploration in Ankara, Turkey. He studied basin formation, stratigraphy and sedimentary environments of terrestrial and marine deposits in several Cenozoic basins of Turkey. He mapped several sedimentary basins in Turkey and provided data on the evolution of their sedimentary environments, lastly in the Çankiri and Sivas basins. 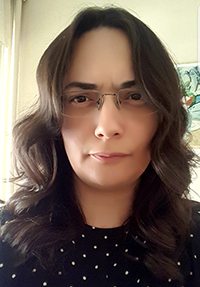 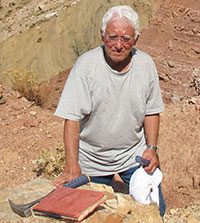 Gerçek SARAÇ is emeritus paleontologist at the Natural History Museum (MTA) of Ankara, Turkey. He is renowned specialist of Cenozoic rhinos from Turkey, and also biostratigraphy of Cenozoic terrestrial deposits. His catalog of fossil mammalian faunas of Turkey is frequently used by geologists. He published or co-authored many articles on Cenozoic mammals and biostratigraphy. 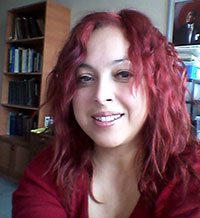 Yesim BÜYÜKMERIÇ is professor of paleontology at the Bülent Ecevit University in Zonguldak, NW Turkey. She was formerly at the General Directorate of Mineral Research and Exploration in Ankara, where she was the head of the Natural History Museum. She is a worldwide renowned expert of Cenozoic marine mollusks. She took part in many national and international projects in collaboration with Turkish and foreign geologists-paleontologists and published numerous research papers and one monograph dealing with systematics of mollusks, biostratigraphy and paleobiogeography. 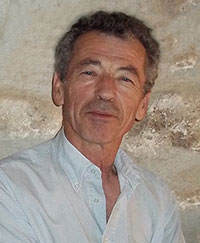 Sevket Sen is emeritus Research Director at the National Research Center and works at the Natural History Museum of Paris, France. He investigated Oligocene and Tertiary mammal faunas around the Mediterranean realm and magnetostratigraphy of terrestrial deposits. He edited several volumes on mammalian faunas and published hundreds of academic and non-academic papers.