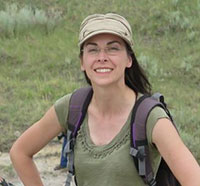 Sofie Gouwy graduated in Geology at the University of Leuven (Belgium) in 1995. She holds PhD's in Geology and Earth System Sciences from the University of Leuven and the University of Modena and Reggio Emilia (Italy) respectively on Middle and Upper Devonian conodont biostratigraphy and graphic correlation on outcrops in Belgium, Morocco, Italy and Spain. Gouwy was a Post-doc Fellow at the University of Missouri (Columbia, MO) where she worked on oxygen isotope analysis of conodont apatite on Devonian material from Illinois (US) and the Montagne Noire (France) and is currently a Post-doc Fellow at the GSC in Calgary. Gouwy's focus at the GSC is on Devonian conodont biostratigraphy of the Mackenzie Basin (NWT, Canada). Other research interests include paleogeography, paleoclimatology and event stratigraphy. She is a corresponding member of the International Subcommission on Devonian Stratigraphy. 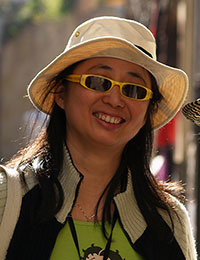 Jau-Chyn Liao is a specialist on Palaeozoic conodont bio- and chronostratigraphy. Her current activities focus on Devonian high-resolution bio-chronostratigraphy based on conodonts and facies analysis. Her Ph.D. at the Universities of Madrid and Valencia (2014) provided a sound and a strong conodont database in the Spanish Central Pyrenees that supports global correlations. Furthermore, the integration of biofacies and microfacies studies allowed a sedimentological analysis of Palaeozoic carbonates. She was granted by LEONARDO DA VINCI fellow at SOWIWAS Gmbh and also by DAAD foundation at the Senckenberg Research Institute and Natural History Museum, Frankfurt (Germany). She was the Secretary of the Spanish Working Group of the IGCP-499 and is currently the Secretary of the IGCP-596. Also she is an active Board Member of IGCP Spanish National Committee since 2014. She is Corresponding Member of the International Subcommission on Devonian Stratigraphy. 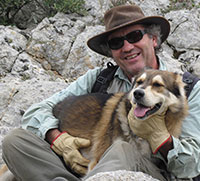 Nacho Valenzuela-Ríos is a Professor of Paleontology at University of Valencia (Spain). He also currently serves as Chair of the Spanish National Committee of IGCP-UNESCO and is the Director of the Applied Palaeontology Master Program jointly offered by the Universities of Valencia and Alicante. Nacho received his M.S. and Ph.D. (1989) from the University of Zaragoza, Spain. His Ph.D. was largely supported by the DAAD and by the Instituto de Estudios Altoaragoneses. He has been a Fulbright Fellow (University of California, Davis), and also was awarded with a Humboldt Research Fellowship (University of Braunschweig). Nacho is a Voting (Titular) Member of the International Subcommission on Devonian Stratigraphy. His more than 200 scientific contributions are devoted to establish very detailed local and global Devonian sequences that form the basis for the construction of a Devonian standard of reference using conodonts as the most effective tools. Conodont systematics and biostratigraphy are mandatory in his research. Recent works establish new biozonations of worldwide applicability. The combination of high-resolution biostratigraphy with geochemical and geophysical techniques has produced first results, as the climatic change demonstrated around the Lochkovian/Pragian boundary in the Pyrenees. Nacho has conducted fieldwork in Spain, Germany, the Czech Republic, Nevada, Uzbekistan, Mongolia and France.