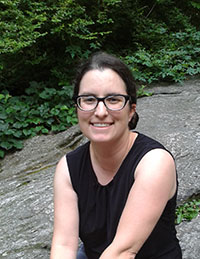 Melanie Hopkins is Assistant Curator of Invertebrate Paleontology at the American Museum of Natural History. She completed her PhD at the University of Chicago in 2010, and was a postdoctoral researcher at the Field Museum of Natural History Chicago, the Museum für Naturkunde Berlin, and the University of Erlangen-Nürnberg before joining the AMNH curatorial staff in 2014. Her research focuses on patterns and rates of morphological evolution, primarily in Cambrian and Ordovician trilobites, but also in other living and fossil invertebrate groups. 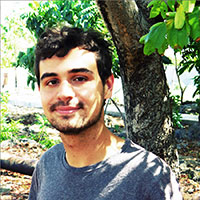 Kirk Pearson is a geologist and programmer currently completing his studies at Oberlin College. Pearson has served as visiting researcher in Human-Computer Interaction at both Carnegie Mellon University and the University of Washington, and was a lab technician in the North American Archaeology Lab at the American Museum of Natural History. As a composer-scientist hybrid, his research interests often include creative and unexpected uses of electronic tools, such as modeling seismic data through audio processing algorithms.