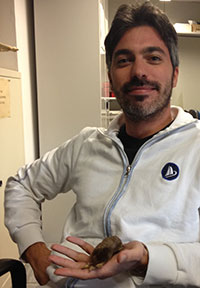 Gabriele Sansalone had is master degree in evolutionary biology. In 2012 he started his PhD at the Roma Tre University of Rome, Italy in vertebrate palaeontology, focusing on Talpidae systematics and evolution. He's investigating the evolution of fossoriality in moles via Geometric Morphometrics and 3D biomechanical simulation. 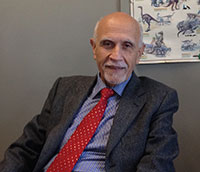 Born in 1945. Graduate in 1971. Researcher of CNR from 1976, Full Professor from 1990, visiting professor at Université Pierre et Marie Curie (Paris VI; 2008), during several years was Dean of the Faculty of Sciences, Head of Department, President of the Teaching Council of Geological Sciences, Coordinator of the Council of PhD students, Coordinator of the Vertebrate Palaeontology Group of CNR, several times member of the Academic Senate. Founder member of the Roman Theriological Association, of the Societas Herpetologica Italica and of the Center for Evolutionary Ecology. Member of editorial board of several scientific journals. He has been and is leading researcher and valuer of both national and international projects. He has been member of several panels for the evaluation of Departments of Geology and Mining Engineering in many countries of EU. Tutor of fourteen PhDs in Vertebrate Palaeontology. He works on Vertebrate Palaeontology, particularly on insular fossil faunas, both endemic and non-endemic, on the Cenozoic continental palaeobiogeography of the Mediterranean area, and on the systematics of Neogene and Quaternary small mammals of the Mediterranean area. The results of his work are reported in 175 papers published or in press, in both national and international reviews and volumes. His participation on Congresses and Workshops is testified by more than 100 abstracts. 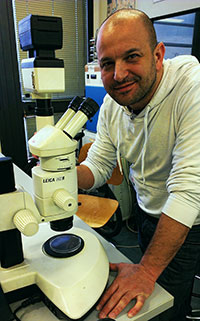 Paolo Piras is an evolutionary paleobiologist. After the PhD in paleontology at Roma Tre University, Italy; he was postdoctoral research fellow in biology (2008) at Pierre et Marie Curie University (Paris, France) and at Roma Tre University (2010-2012) in paleontology. Currently is postdoctoral fellow at Sapienza, University of Roma, Italy, for studying shape changes of the human left ventricle via Geometric Morphometrics using data coming from 3D echocardiography. He applies methods of modern shape analysis to biological and biomechanical problems spanning from systematics of extinct and extant vertebrates to human cardiac mechanics.