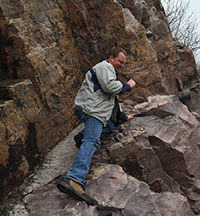 Thomas A. Hegna (Ph.D) is an assistant professor of paleontologist at Western Illinois University. He completed his B.S. and M.S. at the University of Iowa and his Ph.D at Yale University. He has been at WIU since 2011 and has published 19 articles in peer-reviewed journals and books. His research focuses on the taphonomy and evolution of Paleozoic and Mesozoic arthropods—in particular trilobites and branchiopod crustaceans. 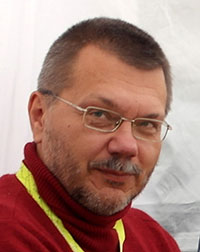 Alexey A. Kotov (Ph. D., Dr. Sci., Professor of Russian Academy of Sciences) is a zoologist studying morphology, taxonomy, different aspects of evolution, molecular phylogenetics, ontogenesis and palaeontology of the Cladocera (Crustacea; Branchiopoda). He graduated from M.V. Lomonosov Moscow State University, Russia in 1991. Since that time, he has published two monographs, several chapters in collective monographs and 109 papers in journals represented in the Web of Science system, including a series of articles on fossil cladocerans from different Mesozoic and Cenozoic localities. A.A. Kotov has described several extinct taxa of different rank, including two orders, Cryptopoda Kotov, 2007 and Proanomopoda Kotov, 2013. Recently, he has been studying cladocerans from several Palaeogene and Neogene localities in Eurasia.