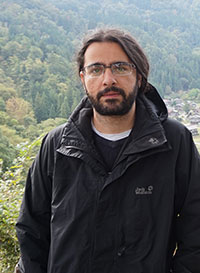 Mario Bronzati got his bachelor's (2009) and master's (2012) degrees from the University of São Paulo, Brazil. He moved to Germany in 2013 for a PhD in the Ludwig-Maximilians-University in Munich, conducting his research in the Bavarian State Collection for Palaeontology. The main topic of his PhD research is the evolution of the braincase anatomy in sauropodomorph dinosaurs. He is also interested in the early evolution of dinosaurs and in the evolution of Crocodyliformes.