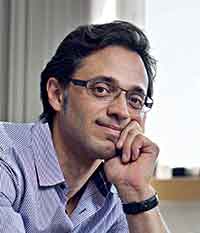 Marcelo R. Sánchez-Villagra is Associate Professor of Palaeobiology at the University of Zurich, where he founded the 'Evolutionary Morphology and Palaeobiology of Vertebrates' research group . He contributed to the movement leading to the leagal approval of insects as human food source in Switzerland, is a member of the Sustainability committee at his University and hosted the 2013-2014 Cogito Symposium on Evolution in the Human and Social Sciences. His current main research focus is the evo-devo of animal domestication. 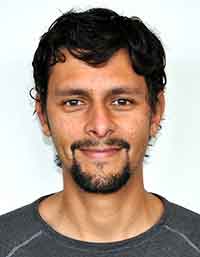 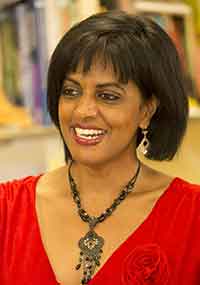 Professor Anusuya Chinsamy-Turan is a palaeobiologist based in the Department of Biological Sciences the University of Cape Town. She is a global expert on the microscopic structure of the bones of extinct and extant vertebrates. Her work has been recognized by several highly acclaimed awards: For example, she was recently awarded an NRF A-rating (which recognizes her as a world leader in her field), and the world Academy of Science's 2013 Popularization of Science and Public Understanding Award for Sub Saharan Africa. In 2005 she won the South African Woman of the Year Award, which acknowledges her contribution to science both in terms of research and science communication to the wider public. In 2005 she also won the "Distinguished Women Scientist Award" from the South African Department of Science and Technology. Professor Chinsamy-Turan has published extensively - both in international scientific journals (including 4 publications in Nature, 2 in Nature Communications, and recently one in Nature's Scientific Reports), as well as in the popular press. She is former President of the Association of South African Women in Science and Engineering (SAWISE), former Deputy President of the Academy of Science of South Africa, and she has also served as Director of Iziko Museums Natural History Collections, and as Chair of the Advisory Board of Scifest Africa (the biggest science festival in Africa), and as Chair of the Department of Biological Sciences at UCT. She is currently a board member for the US- based Jurassic Foundation, and Chair of the Society of Vertebrate Paleontology's Romer-Simpson Prize Committee. She is a Fellow of the Royal Society of South African, the University of Cape Town, and the World Academy of Science. Her academic books, Microstructure of Dinosaur Bone - Deciphering Biology Through Fine Scale Techniques was published by Johns Hopkins University Press, USA in 2005) and the more recent, "Forerunners of Mammals: Radiation. Histology. Biology" by Indiana University Press, USA in 2012. She has also published two popular level books entitled, "Famous Dinosaurs of Africa" (2008, RandomHouseStruik, SA) and "Fossils for Africa" (2014, Cambridge University Press). 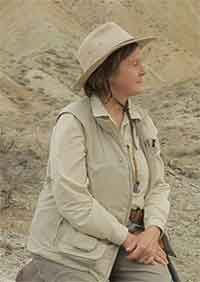 Catherine Badgley studies paleoecology and biogeography of mammals. She teaches courses about biogeography, macroevolution, environmental science and sustainability. She is a former president of the Society of Vertebrate Paleontology.