FIGURE 1. Location map of Scontrone and Gargano. From Mazza (2013a), modified. 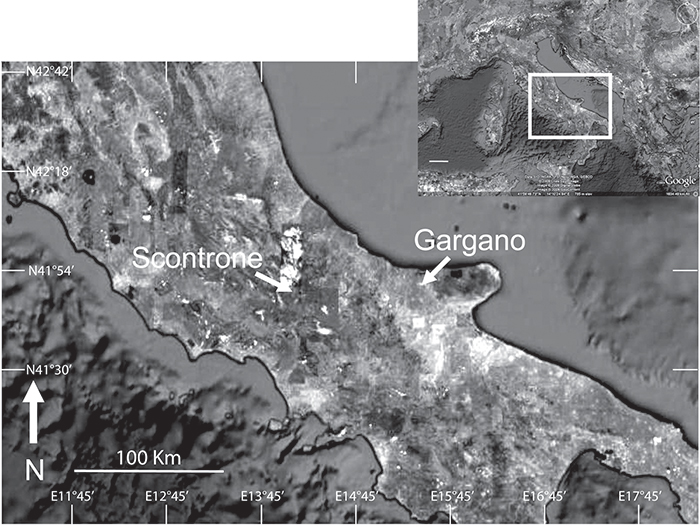 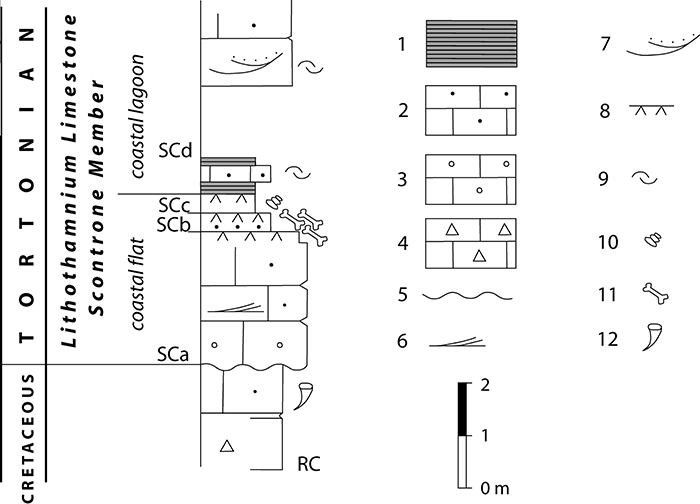 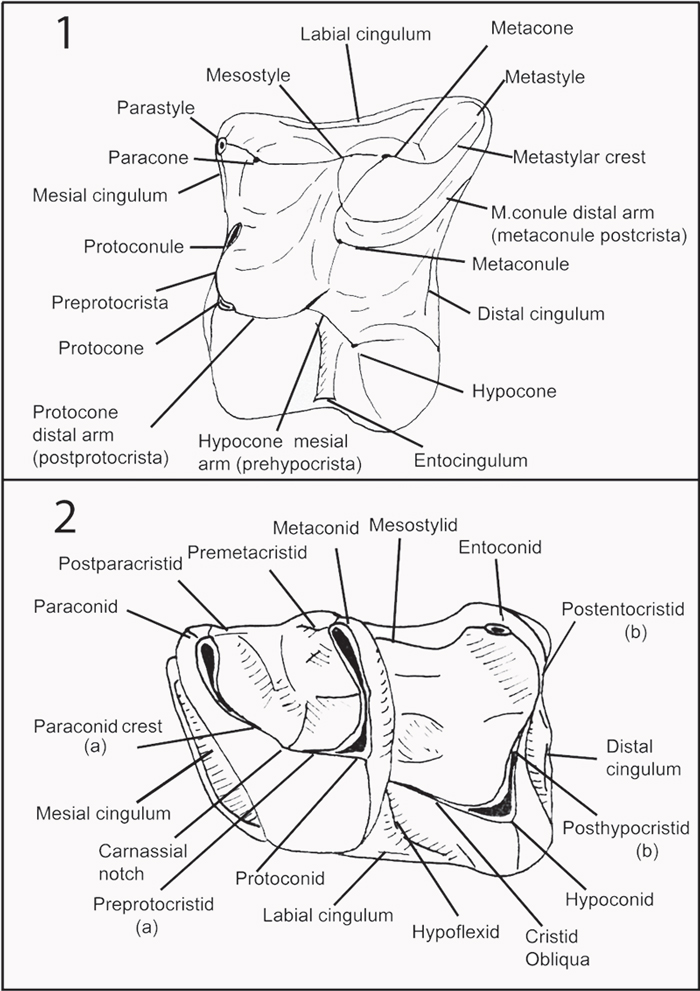 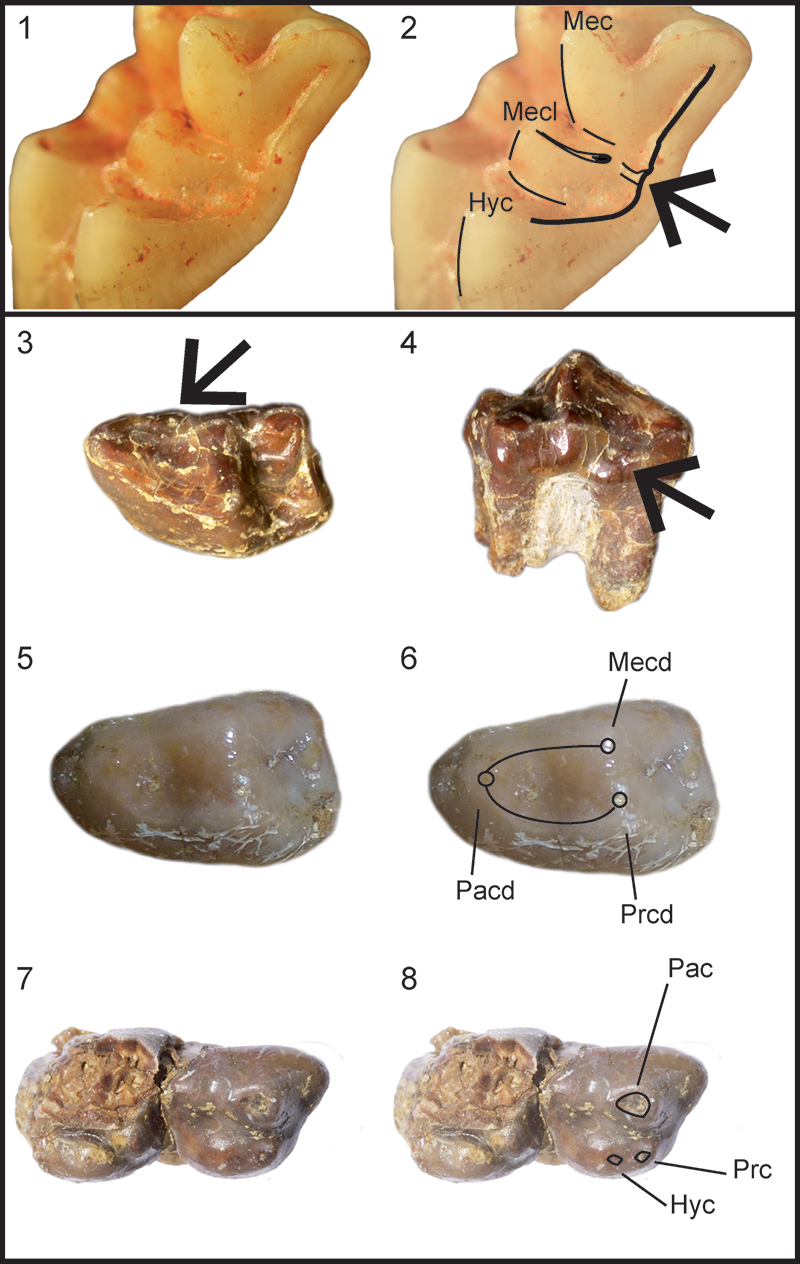 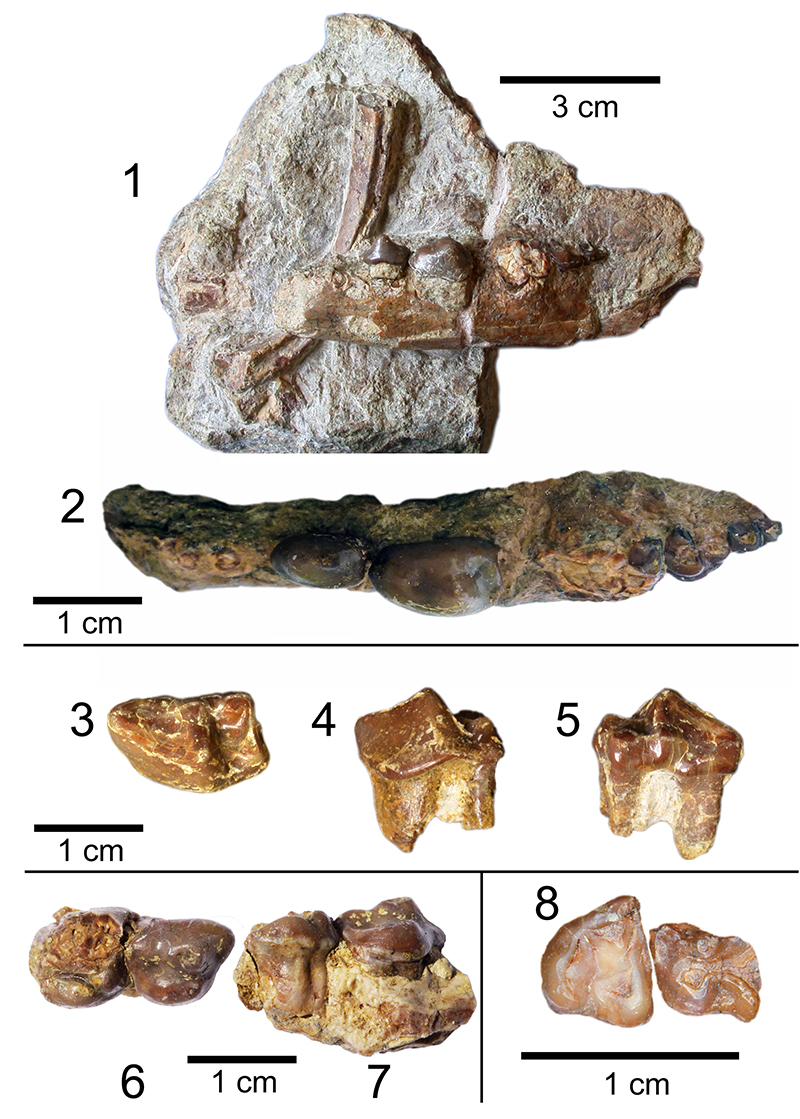 FIGURE 6.1-3, Holotype SCT 246 during its preparation from the rock matrix by vibrotool. The figure shows the premolars still partially encased in the rock matrix.

FIGURE 7. Comparisons of p3-m3 lengths in the different species of Deinogalerix, as well as in Parasorex, Galerix, Schizogalerix, and Apulogalerix (measurements and abbreviations in Table 3). 1, The graph shows that in Apulogalerix, Parasorex and other continental galericines molars grow progressively larger towards m1, which is the largest tooth of the row. The fourth lower premolar is larger than p3, which, in contrast, is the smallest of the toothrow (it is somewhat smaller than m3). Compared to the mainland counterparts, Deinogalerix bears a very large m1 (due to the increase of the trigonid length) and larger premolars, that grow progressively smaller moving rostrally, but less than in the continental genera (p3 intermediate in size between m1 and m2). The Scontrone specimen shows the size increase from m3 to m1 typical of Deinogalerix. In contrast, it bears a very large p4, similar in size to m1 and in the dimensional ranges of D. koenigswaldi, and a very reduced p3, more similar to those of the smaller and more primitive species of Deinogalerix from Gargano. 2, Ratio diagram comparing the p3-m3 lengths (see Table 4) in Deinogalerix samniticus sp. nov. with other species of Deinogalerix, using Parasorex socialis from La Grive as the standard (horizontal line). All the Deinogalerix specimens show a similar trend where the proportions of m2 and m3 are parallel to the standard, whereas, starting from m1, the teeth proportionally increase in size respect to the standard. It is noteworthy that this trend reaches its maximum expression in D. koenigswaldi. Compared to the other species of Deinogalerix, the curve of D. samniticus sp. nov.,shows a steeper rise toward p4, and it is the only one that drops toward p3. 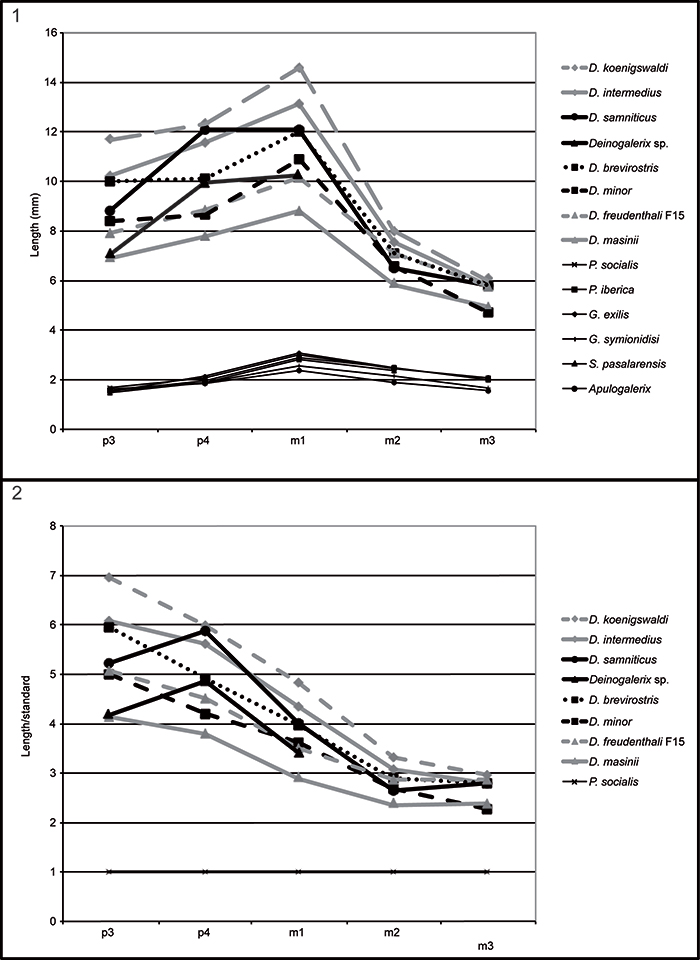 FIGURE 8. Scatter plot of Lp4 vs Lp3 (values in Table 5) for the species of Deinogalerix. The Deinogalerix specimens from Gargano align roughly in a linear trend. D. samniticus sp. nov. and Deinogalerix sp. in contrast, display an anomalously short p3. It is worth noting that also the smaller and more primitive species, e.g., D. freudenthali from F15 and D. masinii from M013, have fairly short p3s. Measurements in mm. 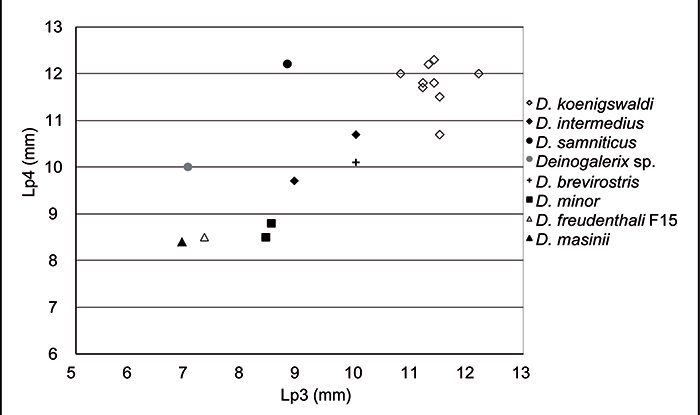 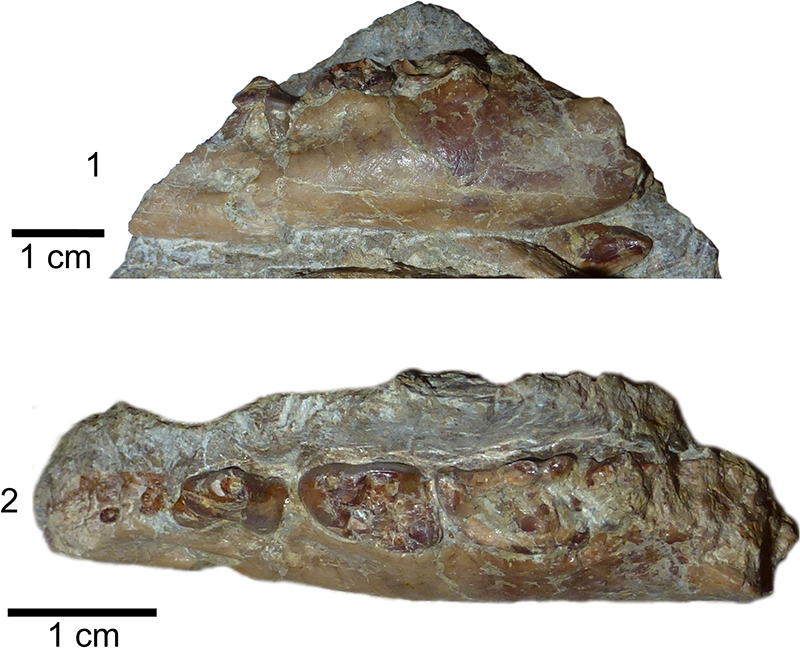 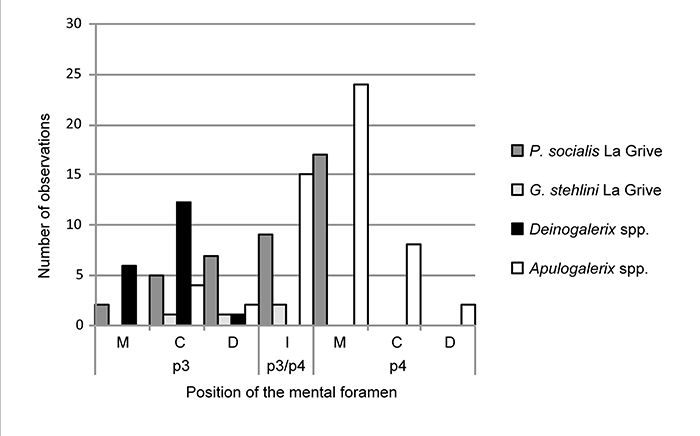